The Soviet Intervention that Never Happened 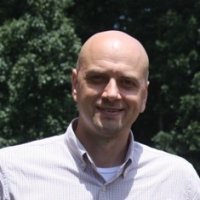 The Soviet invasion of Czechoslovakia in August 1968 reverberated far outside of Prague. In Yugoslavia, the local leadership assumed that Moscow’s assault on the CSSR—a maneuver characteristic of the so-called Brezhnev Doctrine of limited sovereignty—created a dangerous precedent.

Brezhnev’s notion of limited sovereignty and the Soviet Union’s obligation to “discharge their internationalist duty” (i.e., intervene to preserve “the socialist gains”) threatened to nullify the principles of the 1955 Belgrade Declaration that guaranteed noninterference in Yugoslavia’s internal affairs and legitimized different forms of socialist development. With a domestic political crisis brewing in Yugoslavia in the early 1970s, Yugoslav leaders speculated that the Soviet military might intervene in Belgrade just as they did in Prague.

They had ample reasons to believe so. Although Yugoslav communists never explicitly supported Czechoslovak communist reformers under the leadership of Alexander Dubček, Tito’s visit to Prague on August 9-10, 1968, made the Kremlin suspicious that Czechoslovakia might follow Tito’s example in pursuing a separate road to socialism. A report from the Yugoslav Embassy in Moscow stated that Yugoslavia was often mentioned in conversations about Czechoslovakia. More conservative Soviet officials reportedly also criticized Yugoslavia for the situation in Prague because “it was all [Yugoslavia’s] fault.”[1]

The Soviet satellite states were similarly hostile toward Yugoslavia. A staunch ally of Moscow in the Balkans and an ardent anti-Titoist, Bulgarian leader Todor Zhivkov accused the Yugoslavs of creating disunity within the bloc. “There is no need for us to use the Stalinist methods of the past, but we are obligated to take measures to introduce order in Czechoslovakia as well as in Romania. Afterwards we will introduce order in Yugoslavia, too,” Zhivkov ominously warned.

Was the threat of a Soviet intervention real? Fragmentary Yugoslav records show that the Soviets indeed tried to use Yugoslav domestic instability to weaken Tito and install pro-Soviet cadres within the Yugoslav leadership and thus finally resolve the Yugoslav-Soviet dispute dating from 1948.

Although Yugoslav-Soviet relations improved somewhat after Andrei Gromyko’s visit to Belgrade in 1969, they declined again in 1970-1971 in light of domestic developments in Yugoslavia. Over the course of several days in April 1971, students with no party affiliation seized control over the student organization at the University of Zagreb. A group of Croat émigrés, meanwhile, assassinated the Yugoslav Ambassador in Stockholm and some dubious evidence appeared about connections between Croat communists and émigré organizations who called for Soviet aid. Moreover, contrary to diplomatic practices, Soviet diplomats in Yugoslavia increased their contacts with regional party officials but also with alleged Cominformists.

To address problems of internal disunity, on April 28, 1971, Tito summoned an emergency meeting of the Presidium of the League of the Communists of Yugoslavia, the highest organ of the Yugoslav communist party. The Presidium discussed future constitutional amendments, but also increasing inter-republican differences and divisions and escalating nationalistic incidents. Tito also rebuked domestic enemies of socialism at the conference.

On the last day of the meeting, April 30, Soviet leader Leonid Brezhnev phoned Tito. Although there are no verbatim transcripts of the phone call in the Yugoslav archives, a summary of the conversation was subsequently prepared for the Yugoslav Ambassador in Moscow, Veljko Mićunović. This memo of the Tito-Brezhnev conversation, as well as recollections included in Mićunović’s memoir, indicate that in the spring of 1971, the Soviets considered interfering in Yugoslav affairs—if not outright military intervention.

According to the memo sent to Mićunović, Brezhnev characterized the situation in Yugoslavia as “very important.” He inquired about alleged movements of the Yugoslav army.[2] Brezhnev probably offered Soviet help like he did in the faithful telephone conversation with Dubček from August 1968—though the summary is not conclusive in this regard.

The call came as a surprise to Mićunović, who inadvertently learned of it from a member of the Soviet Politburo during a reception at the Canadian Embassy.[3] While he pretended that he was informed about the conversation, he quickly consulted with superiors in Belgrade. Tito shortly gave approval for a summary of the conversation to be sent to his diplomat in Moscow.

Other accounts of the Tito-Brezhnev phone conversation help fill in the blanks, including Mićunović’s memoir, Moskovske godine 1969/1971(Moscow Years, 1969-1971), published in 1984 in Belgrade. Here Mićunović corroborates the claim that Brezhnev expressed readiness to “assist” Tito in quelling domestic disturbances. Similarly, a report from Mićunović’s three-hour long meeting with Brezhnev in Yalta in August 1971 hints at the details of the phone call. Mićunović characterized his 1971 talk with Brezhnev as “pretty uncomfortable” and “difficult,” noting that Brezhnev was disgruntled by the ineffectiveness of Soviet actions toward Yugoslavia. Mićunović mentioned “the one from April,” likely a reference to Brezhnev’s call to Tito.

These Yugoslav sources not only indicate that Soviet intervention was on the table, but also why such a maneuver ultimately did not come to fruition.

Tito firmly rejected Brezhnev’s offer and asserted that the League of the Communists of Yugoslavia and the Yugoslav government were capable of dealing with its own domestic problems: “We are strong enough to solve [the problems] by ourselves… for you [the Soviets] it is enough to know that we are going to take care of our own troubles.” In the aftermath of the Soviet invasion of Czechoslovakia in 1968, Belgrade adopted a new military doctrine of “total people defense,” which would mobilize the entire population into guerilla and offer sup for the regular army in the event of invasion.

Mićunović also concluded that the Soviets overestimated the crisis in Yugoslavia and underestimated Yugoslav resilience. He wrote that the Soviet Politburo was in session during Brezhnev’s phone call to Tito and that they “expected the result of the ‘phone calling’.” Mićunović noted in his August 1971 report that “here, they acted in a similar way, more than once, in relation to Czechoslovakia in 1967-68.”[4]

Other developments made Soviet intervention unlikely. Yugoslavia’s multi-pronged diplomatic offensive, for instance, provided Belgrade with an array of political allies across the globe. In 1970, Tito canvassed Africa in an attempt to reinvigorate the Non-aligned Movement, which resulted in the summit in Lusaka. Also, after a decade long hiatus, Belgrade and Bejing established contacts. Similarly, Yugoslavia and Albania, faced with the same enemy, thawed their relations, while and Belgrade and Bucharest discussed joint defense plans. Finally, Belgrade sought to strengthen its ties with Washington. Nixon’s visit to Yugoslavia in 1970 and an invitation to Tito to visit Washington in October 1971 confirmed US support for Yugoslavia’s independence. Then there were, in Mićunović’s words, “sudden changes in US-Sino relations” that inspired the Soviet Union to seek rapprochement with the West.

These fragmentary accounts offer a good vantage point from which to observe Soviet foreign policy in the early 1970s and show the limits of the Brezhnev Doctrine. Yugoslavia was by no means Czechoslovakia, but its quick and firm response to the Soviet threat and its regional (Romania and Albania) and global (the Non-aligned Movement, China ,and the United States) connections, made Soviet intervention unlikely.