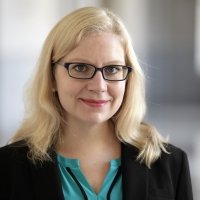 Horrified by the actions of Beijing’s Red Guards, Swiss diplomats in the PRC drew comparisons between Mao’s revolution and Nazi Germany.

Switzerland probably does not come to mind when considering China’s Cultural Revolution, but the Swiss had a unique standing with Beijing in the lead up to and during this tumultuous period.

Over the course of the 1950s and 1960s, Switzerland had cultivated a special relationship with the PRC. One of the first Western nations to recognize “New China,” Switzerland soon became a hub for the PRC’s diplomatic and trade activities throughout Western Europe.

The Chinese reciprocated by protecting its relationship with Switzerland, even during turbulent political times. Unharmed by the Red Guards, Switzerland’s envoys continued to have good access to Chinese government officials during the early phase of the Cultural Revolution, when other Western diplomats did not. Such access allowed the Swiss Embassy staff in Beijing to observe and document the Cultural Revolution in fascinating detail. The information these diplomats cabled back to Bern now offers important glimpses into the Cultural Revolution’s most chaotic period.

A report on a trip to Shandong province written by the Swiss Chargé d’Affaires in Beijing, Arnold Hugentobler, described the militarization of Chinese society on the eve of Mao Zedong’s “May 16, 1966 Notification,” the directive which formally launched the Cultural Revolution. Hugentobler witnessed military exercises among factory workers, which involved drills with bayonets and guns, and saw children practicing shooting and throwing hand grenades. Even kindergarteners were learning to fight with bayonets.[i]

Hugentobler also observed—and was appalled by—the Mao Cult, a phenomenon which reached its zenith during the Cultural Revolution. The Swiss chargé noted that chaperones for diplomats were seemingly incapable of expressing personal thoughts or opinions, and were instead constantly spewing Mao slogans. Hugentobler mocked the deification of Mao, pointing out:

‘Armed with Mao Tse-tung’s thoughts’, all problems can be solved that life throws at you. One builds steel works or cooks rice with the same elegance. If the rice overcooks or the steel’s coal content is too high, it can be easily solved with more philosophy; after all the quintessence of all human wisdom lies in the thoughts of Mao Tse-tung.

In what would become typical of Swiss diplomatic reporting about the Red Guards, Hugentobler compared the situation in China in May 1966 to Nazi Germany:

Propaganda covers our ears like a rain of ash. Mao Tse-tung was the object of almost religious adoration [Anbetung], to such a degree as has probably never been directed towards another ruler, including Adolf Hitler and the Egyptian Pharaos.

By August 1966, Hugentobler was preoccupied with the Red Guard terror in Beijing. After the closing of all Chinese universities, colleges, and senior and middle schools, millions of Chinese students began arriving in the capital. As he reported back to Bern, the Red Guards were obsessed with “smashing the four olds.” This slogan, Hugentobler explained, encompassed “foreign and old books, western clothing, elegant haircuts, owning a house…traditional inscriptions that are supposed to bring luck in and on houses, [and] old businesses and street names.”

Swiss diplomats recorded events in Beijing in depressing detail. Hugentobler reported “despicable scenes of sadistic juvenile crime,” ranging from plundering of shops and the changing of street and shop names, to posters being plastered onto shops’ walls and even shops being closed down and private property destroyed. Even religious sites were attacked; for example, an altar in a church was replaced by a Mao statue with a Red Guard armband.[ii]

Much worse than these material losses was the human violence which became increasingly common. Swiss diplomatic reports feature countless tales of Red Guards abusing, humiliating, and beating other citizens in public. Hugentobler, in particular, was haunted by the shocking circumstances of children becoming perpetrators:

Children, who fanatically told revolutionary speeches to the masses through funnels; Children who are abusing and arresting people; Children, who accuse, who denounce their parents.

When the Swiss Ambassador Hans Keller returned to Beijing from Switzerland in September 1966, he encountered a whole new world. Arriving by train, Keller was surprised by the tens of thousands of Red Guards using the Beijing station as a campground; the smell disgusted him and the noise annoyed him. On the streets, Keller jotted down, the Red Guards “loitered everywhere en masse like vermin.”

Keller’s notes—like those of Hugentobler—record how stores along Beijing’s major shopping street, Wangfujing, had been either destroyed or plundered. He was horrified that he had to witness how defenseless people were beaten and abused for owning foreign books, instruments, and clothes, or for having contact with foreigners. Many individuals were also forced to parade in the street with posters on their backs or around their necks detailing their “crimes.”

People who had contact with Westerners were singled out in particular by the Red Guards. Keller noted that the Swiss Embassy’s Chinese employees looked distressed and troubled, their hair having gone grey in a matter of weeks. A Chinese doctor who treated foreign patients had his office destroyed and was so seriously injured—including having his legs broken with bamboo rods—that it was not clear whether he would survive. A dentist who had returned from abroad a few years before committed suicide after he was attacked. Red Guards also occupied Beijing’s largest hospital, which had been built by Americans, and mistreated the doctors to such a degree that many of them reportedly took their own lives.

The police, Keller recorded, did nothing to keep the Red Guards in check. “I had to turn away several times in order to abstain from beating the youth rabble with the next-best instrument and free the victims,” the Ambassador once wrote. The experience was so traumatic for Keller that he began suffering from insomnia. He repeatedly likened Beijing to a Nazi concentration camp, even referring to the Western Embassy staff in Beijing as inmates. In one correspondence, he wrote that:

I witnessed Nazi terror in Vienna in 1938-39, later the antisemitism in Slovakia and the conquest of Bratislava by the Red Army that was out of control, then the expulsion of the Sudeten Germans, then the terror methods of the Soviet concentration camps in the Caucasus and probably experienced more dangerous days than in China. I have never, however, felt such disgust as I have towards the actions of the Red Guards.

Keller summarized the ghastly scenes he witnessed by comparing them to Johann Wolfgang von Goethe’s “Sorcerer’s Apprentice,” stating: “It is very likely that the spirits that Beijing has summoned won’t calm down any time soon.”

Following the so-called January Storm of 1967, the Red Guards penetrated the Chinese Foreign Ministry. Hugentobler was told to contact the rebel committee if he wanted to speak to a Foreign Ministry official, but otherwise his work went on relatively unaffected. This was not the case for most other diplomats. Groups of Red Guards had put some of the other foreign legations effectively under siege, tormenting the diplomatic staff with a constant deluge of propaganda through loudspeakers and even damaging their vehicles. The Dutch Ambassador Jongejans was put under house arrest for several months; in August, the British mission was even set on fire.

Throughout this time, the Swiss Embassy remained unscathed by Red Guard violence, leaving the diplomats free to report on the traumatic events of 1966-1968 in unusual detail. As a result, their letters provide us with a unique insight not only into the actions of Red Guards in Beijing but also into the shock, horror, and revulsion that these actions caused among foreign diplomats who were forced to watch the Cultural Revolution and Red Guard terror unfold without being able to interfere.

The frequent comparisons to Nazi Germany demonstrate that it was extremely difficult for the Swiss to put into words just how traumatic this experience was. After having witnessed the horrors of Hitler’s regime and regarding them as the epitome of evil, the Swiss stressed over and over again that the behavior of the Red Guards were just as abhorrent – if not worse – than that of the Hitler Youth.