There Never Was a Cold War China 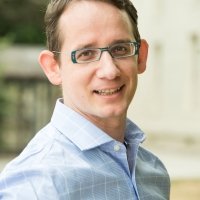 In the debate over whether the United States and China are now in the midst of a "new Cold War," Covell Meyskens writes that pundits often forget that China experienced the Cold War in a drastically different manner than the United States.

Recently, it has become increasingly common to talk about China and the United States entering into a new Cold War. Scholars have taken different positions on whether it makes analytical sense to dust off an expression from last century and apply it to the current epoch. An important point often overlooked in discussions about whether the Cold War is a conceptual glass slipper that perfectly fits contemporary Sino-American relations is that the People’s Republic of China (PRC) experienced what pundits now call Cold War 1.0 in a drastically different manner than the United States. Most notably, as I will argue below, there never was a Cold War China.

America had a Cold War

In the United States, the term “the Cold War” was a staple of public discourse from the 1940s to the early 1990s. The expression partially gained broad usage because it regularly appeared in the national media as well as in government discussions of challenges to American world leadership. The term’s widespread use was also connected with the fact that most Americans experienced the Cold War, not in the heat of battle, but as a long drawn out conflict in which the United States never directly came to blows with what was taken as its primary adversary – the Soviet Union.

The point here is not to deny that during the Cold War nuclear fears were a basic feature of American culture. Nor is the point to ignore the hundreds of thousands of Americans that participated in the Korean War, though it is noteworthy that this war was quickly forgotten. The same amnesiac fate has more lately befallen the Vietnam War, while the global archipelago of military bases that the United States built up to contain communism has long existed largely outside American public consciousness. This lacuna in national popular memory is assuredly linked to the fact that most Americans did not experience the Cold War as soldiers engaged in armed conflict. America’s Cold War was largely an imaginary war in which the closest to immediate experience that the majority of Americans had of Washington’s multiple proxy wars against Moscow and Beijing’s allies occurred virtually through the mass media.

The hot battles of the Cold War also happened thousands of miles away from the United States in countries that most Americans knew relatively little about, and to this day, very few Americans are cognizant that the Cold War’s “killing fields” wiped out an estimated 20 million people. While tens of thousands of Americans did make the ultimate sacrifice in Korea and Vietnam, American officials called on most citizens to struggle against international socialism not in faraway combat zones but by producing more in factories, innovating in laboratories, and showcasing for the world that America’s consumer republic had realized the good life with its rising living standards. Given the overall prosperous state of American society, it is not too shocking that when Americans recount the trends that influenced their lives in the twentieth century, a significant number do not mention the sacrifices they made to win the Cold War.

China Never had a Cold War

People in China also do not typically talk about what they had to give up fighting the Cold War. The historical reasons though are rather different. The expression the “Cold War” (leng zhan) never gained extensive circulation in China from the 1940s to the 1970s. It almost never showed up in newspapers, movies, or on the radio. The dearth of “Cold War” talk in Mao’s China is almost certainly not accidental, as the Chinese Communist Party (CCP) used the mass media to promote specific expressions as legitimate ways of referring to domestic and international phenomena. Given how absent “the Cold War” was from Chinese publications, I contend that from a semiotic perspective, there never was a Cold War China. Cold War China only ever existed as a semantic entity outside the PRC’s borders.

Within China, the Communist Party promoted a different discourse to explain geopolitics. During the CCP’s first decade in power, Beijing conceived of China as a participant in an emerging socialist world economy, stretching all the way from Shanghai to Berlin, that strived to promote peace worldwide. The CCP portrayed this  socialist bloc as threatened by a hostile American state that was leading capitalist countries in a global effort to contain communist expansion and defend capitalism and imperialism. China’s commitment to combatting the capitalist and imperial designs of the United States and its allies were apparent from the founding of the PRC in 1949.

In the early 1950s, Beijing supported Pyongyang in the Korean War. In conjunction with combat operations, Beijing initiated a domestic campaign to suppress resistance to CCP rule and teach the public about the dangers that America’s capitalist empire posed to building socialism in China. These risks ranged from accusations of biological warfare and threats of internal subversion and nuclear strikes to the actual imposition of an international embargo on China’s economy. Given that the PRC’s first few years were literally forged in the flames of a Sino-American war, it is not surprising that when leng zhan did make a rare appearance in the national press in the 1950s it was usually placed in quotes.

Beijing initially partnered with Moscow to combat American imperialism. From this relationship, China gained Soviet military training and equipment as well as Moscow’s nuclear umbrella. The Soviet Union also helped the CCP set up central agencies to oversee national development. Like in the USSR, the lion’s share of resources  went to bolstering heavy industry because of concern that a military conflagration with the capitalist West was inevitable. As a result of this militarization of China’s economy, in stark contrast to Cold War America where increasing consumption was a central pillar of regime legitimacy both at home and abroad, Mao’s China was a producer’s republic where the government mandated foregoing consumption and making sacrifices to advance China’s heavy industrial development and military defenses. National austerity, however, was not conceived of as helping win the Cold War, but rather as contributing to China’s fight to build a new socialist world society while fighting off American imperialism.

International Insecurity and the Third Front

China’s geopolitical position became particularly perilous in the 1960s when Moscow changed from Beijing’s most important ally into a bitter enemy, and the CCP at Mao’s direction attempted to establish China as the leader of the international socialist movement. American military pressure jeopardized China’s security even more when Washington launched its first air-raids on North Vietnam in the wake of the Gulf of Tonkin Incident in August 1964. Concerned that another Sino-American war was imminent, the central party backed Mao’s proposal to divide China into three war zones: a First Front in the Northeast and along the coast, a Second Front behind coastal provinces and in the far West, and a Third Front in Central China. In the last region, the Party built a huge industrial defense apparatus to retreat to in the event that China’s enemies seized or destroyed its industrial heartlands. Between 1964 and 1980, the CCP allotted around forty percent of the national capital construction budget to building this arsenal of Chinese socialism.

One military motivation for the Third Front was Chiang Kai-Shek and Joseph Stalin’s poor performance in the early stages of World War II. Mao thought both had constructed an insufficient industrial rear. Another source of inspiration was CCP base areas, which central planners had in mind when they ordered Third Front projects to be located “near mountains, dispersed, and hidden,” and sometimes “put in caves.” Another reason was that, similar to other Cold War statesmen, Chinese leaders considered easily visible facilities to be susceptible to aerial attack, especially since China’s navy and air force were tiny, and Beijing had no nuclear weapon that could hit Moscow or Washington until 1971 and 1981, respectively.

Only Third Front participants were permitted to know about its existence. As a result, most Chinese were unaware of the core of national industrialization during Mao’s last decade, a condition which continues into the present day. The Chinese people, nonetheless, still experienced escalating enmity between China and its enemies in their daily lives, as economic production and labor routines were depicted as military battles, popular culture was filled with militaristic language, militias nationwide practiced repelling invading forces, and massive parades condemned American and Soviet imperialism. CCP worries about Soviet interference in China’s affairs intensified during the Cultural Revolution when anyone could be castigated as a “capitalist-roader” for allegedly following Soviet Premier Nikita Khrushchev’s policy of carrying out a capitalist restoration and granting power to bureaucratic and technical elites in the USSR.

The Cultural Revolution threw the Third Front into a tailspin in 1967 and 1968. International tensions revived the Third Front in 1969, when Beijing thought that Soviet border clashes might cause the Kremlin to militarily impose its counterfeit socialist model on the PRC. Chinese preparations for war dominated domestic development until 1972, when Mao allowed President Nixon to come to China to counterbalance Soviet animosity with Sino-American rapprochement. Mao’s diplomatic maneuver heralded a major shift in China’s relationship to the international order, as the CCP no longer viewed history’s arrow as inexorably pointing towards a Sino-American war.

In this new security environment, the CCP slashed defense spending, stopped constructing new Third Front projects, and gradually encouraged foreign trade after Washington lifted its embargo in 1971. The party also demoted heavy industry from its top spot in national economic planning and put in its place light industry and agriculture in order to improve living standards. The party’s new interest in foreign trade and mass consumption signaled the arrival of a new era in which Chinese citizens no longer had to defer material gratification, so that central planners could devote more resources to protecting China against Soviet and American threats. It was only in this new epoch in which Deng Xiaoping designated “peace and development” as the dominant international trend that Chinese media started to talk about the “Cold War” without scare quotes.