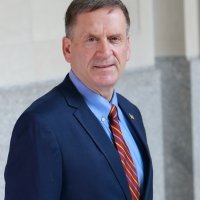 “Facts are stubborn things; and whatever our wishes, our inclinations, or the dictates of our passion, they cannot alter the state of facts and evidence.” —John Adams

If there’s an ebb and flow to human events, then history’s pages seem to be turning a little more quickly these days.

The pace of events often tests our ability to process what’s happening and to “make sense of it all.” That challenge is frequently made worse by political actors who, empowered by the insatiable hunger of the 24-hour news cycle and social media tools with global reach, work to bend news narratives to serve their own interests.

It often feels as though we’re simply treading water in a sea of misinformation and disinformation, but accurate numbers, objective accounts, precise images, etc., can pierce through the fog like a lighthouse well-lit. Some of these actualities not only stand for themselves, but they hint at broader truths that can help us better understand these times and the steps we should take to shape our future.

When the leaders of our foreign policy and assistance agencies testify before Congress, they’re often challenged to defend programs and investments in places like sub-Saharan Africa. The far right claims development assistance as a giveaway for far off lands at a time when we need to invest in programs at home. The far left attacks development programs that partner with American private enterprise as a giveaway to corporate America when there’s deep and urgent poverty in so many places.

The African population is young and growing rapidly, and its ranks of jobseekers and consumers with disposable income are growing fast. African leaders are anxious to find ways to close their countries’ energy deficits, accelerate economic growth, and meet the needs of their young people. One path they could take is to embrace some of the shortcuts that we ourselves have already taken ...including a heavy reliance on old technologies to produce energy and harvest extractive resources.

Another path would be to partner with innovators who can bring cleaner technologies and methods that preserve biodiversity, conserve soil and water resources, and avoid worsening climate fallout. This second path will require help and assistance from the U.S. and like-minded partners to accelerate the creation of economic opportunity while turning away from the quick fixes that other funders—who have a different purpose in mind—will push. The question is, are we ready to help?

Brazil is an upper middle income country, with a well-established health care infrastructure and a record of success in pre-COVID vaccine programs. However, in the early months of the pandemic, President Bolsonaro strongly opposed lockdowns and other preventative measures, turned down an early chance to purchase vaccines, and expressed skepticism about the seriousness of the disease.

His government has since ordered vaccine supplies, but those like the Pfizer vaccine won’t arrive and be distributed for some many weeks. In an effort to catch up, the Bolsonaro government is reaching out for supplies from Russia and China—even though Beijing has indicated that its primary vaccine has an efficacy rate much lower that what others have shown.

The CDC is optimistic about the effectiveness of its approved vaccines against current variants, but as the number of variants grows in Brazil, India and elsewhere, that effectiveness will need to be reassessed again and again. In other words, as the U.S. races to provide jabs all across our country, the pandemic won’t be “over” until it’s over everywhere. Investments we make in vaccines for the rest of the world are investments in our own health resiliency, as are messages that counter vaccine skepticism and provide accurate reporting on the pandemic’s origin and ongoing threat.

While future projections are always of dubious precision—after all, there are so many potential variables—one analysis has suggested that if current trends continue unabated, by 2050, there could be more plastic by weight in the ocean than fish. In part due to their prior willingness to accept plastic waste exports from other countries like the U.S., the top five ocean plastics polluting countries are in Asia, and account for about one-quarter of plastic debris in the seas. In 2018, China’s National Sword Policy banned foreign plastic waste imports in an attempt to deal with its own domestic explosion of single-use plastics, disrupting the global plastic recycling trade.

Complicating an effective response to this global challenge is the fact that in most of the world, solid waste management is handled by local systems. Increasing demand for single-use plastics, rapid coastline urbanization combined with overstretched local budgets, and weak waste management systems makes the challenge ahead complicated and multifaceted.

But tackling marine plastics is a cause to which increasing numbers of businesses and public officials have awakened. In the U.S., in a rare show of bipartisan resolve, Congress passed the Save Our Seas Act and Save Our Seas 2.0. These acts empower USAID and others to help build local government capacity to promote the “3Rs,” (reduce, recycle, and reuse). They also harness private investment (corporations and foundations both) to expand recycling capacity and markets, and to foster innovation in waste treatment systems. The Break Free From Plastic Pollution Act of 2020 (known commonly as the “Udall Bill”) was reintroduced this year. If passed, the bill will be the first form of federal legislation to provide recycling regulations in the U.S. and shift financial responsibility for waste and source reduction onto the producers.

Urbanization, consumer demand for cheap goods, and rising budgetary pressures made worse by pandemic fallout make the plastics problem larger with each working day. On the other hand, public awareness of the crisis is also growing all the time, encouraging policymakers to take the concrete steps needed to managing this global challenge.