Ukraine and China: Seeking Economic Opportunity within a Framework of Risk 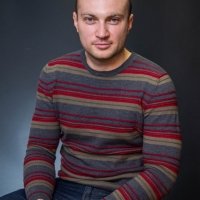 China has big plans to invest in Ukraine. Today the wealthiest Ukrainians tend to spend their hryvnia savings, fearing high inflation and devaluation of the hryvnia. As the situation is very unstable, nobody except the National Bank of Ukraine is trying to predict the hryvnia exchange rate. The treasury is emptying and the state’s debts are growing, though the risk of panic is still low.

Because of these and other problems with its economy, Ukraine needs capital investments and access to sales markets. Chinese investments can help Ukraine accelerate its economic growth. To some extent, that is already happening: in 2017, for example, the trade volume between China and Ukraine increased 18 percent over the previous year’s volume, to U.S. $7.68 billion. But this raises additional questions around the growing Chinese presence in Ukraine.

As recently signed agreements show, China and Ukraine have either started or are about to start cooperating in the areas of trade, economy, agriculture, space, science and technology, education, culture, energy efficiency, and renewable energy. The list of joint projects for 2018 includes the following:

Over the past decade, China and Ukraine have regularly and in good faith demonstrated their readiness to expand cooperation with each other in various fields. Some important bilateral events have recently taken place that underscore an interest in cooperation. In January 2015, China’s prime minister Li Keqiang had a friendly meeting with President Poroshenko during the Davos forum. And President Xi Jinping held productive talks with President Poroshenko in Washington during a security summit in April 2016. In December 2017, the Chinese vice premier Ma Kai visited Kyiv and signed an action plan with Ukraine on jointly building the Silk Road Economic Belt and the 21st Century Maritime Silk Road—together known as the Belt and Road initiative—and agreed to deepen all-around collaboration to strengthen the two countries’ strategic partnership, during the third session of the China-Ukraine Intergovernmental Commission on bilateral cooperation.

The potential length of the Silk Road from China to Ukraine is 5,471 kilometers. This route is interesting for Ukraine from the geopolitical and economic perspectives. One of its lines may go from China through Kazakhstan, the Caspian Sea, Azerbaijan, Georgia, and the Black Sea, ultimately reaching the Ukrainian port of Chernomorsk (former Ilyichevsk). From there it could extend farther into Europe. If approved, this route could be hugely important to Ukraine’s economy.

It is also clear from my meetings with the Ukrainian business community that many entrepreneurs are willing to start joint projects with Chinese partners in the near future.

Nonetheless, despite friendly meetings and big plans, relations between China and Ukraine are producing few tangible results. Unlike Kazakhstan, Belarus, Kyrgyzstan, or Azerbaijan, Ukraine is still not an active member of the “Silk Road of the 21st Century” initiative. For instance, China’s cumulative total investment in the economy of Kazakhstan, which is an active member of the initiative, now exceeds $42.8 billion, while the volume of credit was more than $50 billion at the end of 2017. Those figures are much greater than China’s investments in Ukraine so far.

If Ukraine’s participation in the Silk Road still exists only on paper, other countries have already undertaken substantial practical steps. Azerbaijan, Georgia, and Turkey have already opened the new Baku-Tbilisi-Kars railway line. In the future, this line will be a link in the New Silk Road connecting China to Europe and on to London through a tunnel under the Bosporus in Turkey. This route avoids—and competes with—the Ukrainian (and has the potential to choke off Russia as a transport route between China and the West).

Thus, almost all of Ukraine’s neighbors are actively involved in ambitious cooperative initiatives with China. Clearly, Ukraine’s involvement is not on par with that of its neighbors.

Kyiv, however, is in no hurry to cooperate with China. There are certain understandable grounds for the foot dragging. Many Ukrainian politicians prefer not to prioritize cooperation with China. Some are focused on Europe and Euro-integration as the best path for Ukraine’s development. Others shun working with Communist China, despite China’s apparent increasing emphasis on the market dimension of its hybrid socialist market economy. Also, as I have come to understand, neither the ruling political groups in Ukraine nor the opposition have a firm grasp of China’s political and economic system, and this deficit in understanding likely explains the lack of a broader Ukraine-China dialogue. Before any expansion of cooperation between Beijing and Kyiv becomes possible, the Ukrainian elites will have to better inform themselves about China.

In addition to these primarily emotional obstacles to Ukraine-China cooperation, Kyiv has well-founded economic and geostrategic concerns. Geopolitically, China is a strategic ally of Russia, a country that launched the hybrid war to obstruct Ukraine’s turn to the West in 2014. At the same time the United States, one of Ukraine’s allies, is engaged in economic rivalry with China. Thus both economic and security concerns add to Kiev’s reticence in furthering relations with Beijing.

China has its own concerns as well. Unlike Kyiv, official Beijing is well informed about what is happening in Ukraine. From the Chinese perspective, as I learned from recent communications with decision makers in Beijing, there are several obstacles to furthering cooperation with Ukraine. First and foremost, the Donbas conflict and the annexation of Crimea are seen as destabilizing factors with potential negative consequences for China. If the Silk Road is to go through the Black Sea, it should be a safe and stable trade route. Until the Russia-Ukraine conflict is resolved, this project is too risky for the Chinese to see through.

Second, China is keen that cooperation with either party to the conflict, Ukraine or Russia, should not hinder China’s neutrality vis-à-vis the conflict.

Third, the Chinese government is worried about repeated political regime changes in Kyiv and about the misuse of courts and high levels of corruption. It is clear that the Chinese authorities expect Kyiv to resolve these issues and offer stability for investors of the scale China offers.

Thus the potential for Ukraine-China cooperation exists within a framework of economic opportunities and geopolitical risks. Despite the obstacles, Ukraine likely will continue its recent trend of cooperating on well-defined projects in the economic, political, humanitarian, and cultural spheres. The drivers of such cooperation are the Ukrainian business community’s interests and Kyiv’s need to accelerate the nation’s growth. Ukraine and China can indeed be good partners, able to establish long-term, mutually beneficial relations, so long as the geopolitical rivalry of the great powers doesn’t get in the way of cooperation.