Ukraine and a 'Multi-Speed Europe': New Opportunities for Integration 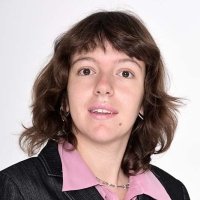 Faced with Brexit, the rise of populist forces, the refugee crisis, and a trade war with the United States, the EU appears to be at the epicenter of a global existential crisis. As analysts of various persuasions have noted, internal EU tensions are likely to lead to greater Interest in the concept of a “multi-speed Europe,” in which different states would be able to integrate at different paces and with different levels of engagement. Such an approach, it is thought, would make the Union more flexible and give member states more opt-out opportunities while simultaneously allowing deeper integration for those states that want it. A more differentiated and flexible Europe, however, would bring about both new challenges and new opportunities in different areas of the EU-Ukraine relationship. It would also require policy adaptations on both sides.

Should EU integration advance from an economic free-trade zone to a full-fledged political union, EU member states might desire to restore their individual sovereignty in the foreign policy domain. This possibility Is especially relevant in light of populists wanting the EU's sanctions against Russia over the Ukraine crisis eased, and the call for rapprochement with Russia in the Czech Republic, Austria, and Italy. Along with President Trump's unpredictable foreign policy, which does not seem values-oriented, a lack of solidarity In the EU’s foreign policy would undoubtedly pose a security threat to Ukraine.

Nevertheless, the complexity of modern security threats and European leaders’ need to craft a U.S.-independent security system leave hope for continued work on the Permanent Structured Cooperation on security and defense (PESCO) as a comprehensive European defense package. This gives Ukraine the opportunity to strengthen its defense cooperation with the EU and sustain its allies' support in countering Russia’s aggression. Ukraine’s participation in PESCO would explicitly demonstrate the EU’s commitment to Ukraine’s security, even if the sanctions against Russia are reduced. Furthermore, Ukraine’s proactive participation in the EU’s new defense initiative would strengthen the security dimension of the European Neighborhood Policy and, in a best-case scenario, help a differentiated, multi-speed EU view Ukraine as a strategic partner in the security domain rather than a security complication.

In fact, the international agenda around democracy seems at greater risk than the WTO regime for world trade. This development is of special relevance for an EU that positions itself as a normative actor, seeking to export its presumably universal values and suffering from the contestation of such values. Along with the usual accusations that the EU's values have imperialistic and hegemonic roots, their export Is being debated on the grounds that the EU's aim in promoting such values is primarily political. Because the norms are now being challenged even by actors inside the EU, it is time for the EU to revisit the economic and subsequently the social purpose of liberal democracy.

In the context of EU-Ukraine relations, a greater focus on socioeconomic values can be achieved by promoting Ukraine’s integration into the Internal Market under the Association Agreement, by introducing new forms of mutually beneficial EU-Ukraine economic cooperation (such as integration into the Digital Union), and, most important, by reconsidering the amount of economic support the EU provides to Ukraine. It should be noted that in comparison with the pre-Euromaidan situation, the EU has already taken unprecedented steps to support Ukraine’s economy, including the provision of ambitious macrofinancial aid packages and the adoption of a more systemic approach to advancing sector reforms. While such a sectoral reform support stance should be preserved and developed, in line with Ukraine’s obligations under the Association Agreement, the EU should also coordinate with other donors to bring to fruition the Reform Contract for Investment for Ukraine. The novelty of this initiative lies in its departing from the EU’s traditional conditionality-based assistance mode and working more toward making Ukraine attractive to investors. Since investors tend to be put off more by corruption than by the war in eastern Ukraine, the implementation of the Reform Contract will depend on the oversight of a strong civil society. Last but not least, the indissoluble link between reforms and investment the EU seeks to forge in its economic cooperation with Ukraine is likely to reinforce the nexus between reforms and fundamental values by tackling such cross-cutting issues as institutional underdevelopment, corruption, and a dysfunctional law enforcement system.

In working toward socioeconomic betterment in Ukraine, the EU is moving beyond its traditional mode of aid provision to the country, which has historically focused on state-building rather than on financing projects closely connected to citizens' needs. Some steps have already been taken in this direction: with the support of Ukrainian authorities, the EU has managed to gain some traction among youth, civil society, and professionals in Ukraine through its backing of people-to-people initiatives. Nevertheless, a large proportion of Ukraine’s population is poorly informed about the EU’s support for Ukraine, has never seen any personal benefit from EU-Ukraine cooperation, and views the EU as a solely political rather than a development-oriented actor. In light of the EU's need to legitimate its norms export in an era of norms contestation, the EU must broaden its outreach to include Ukraine more generally, and must become more Involved in improving Ukrainian citizens’ welfare. Though these goals are presumably being met through macroeconomic support and assistance projects, it is crucial for the EU to identify and resolve issues, promote individuals’ welfare, and properly communicate what it is doing.

Though communication about progress in European integration and about various reforms has improved of late, Ukraine's civil society needs to hear about such matters from multiple news sources and become more aware of the EU's development projects in Ukraine. Special care is required to quash preposterous rumors about the reforms, which can take on their own life and throw up roadblocks to efforts to inform the citizenry of the true state of EU-Ukraine relations (a recent example of a reform victimized by such rumors is the law on organ transplantation, which Is held to promote killing people and selling their organs to the EU).

Ultimately, the ongoing intra-EU challenges and the move to a multi-speed Europe would have both negative and positive impacts on EU-Ukraine relations. The toughest area seems to be foreign and security policy, where the threat of easing or abbreviating sanctions against Russia is agitating things. Even here, however, there is a positive opportunity for Ukraine to join PESCO and strengthen its defense integration with Europe. A differentiated integration mode would not deprive Ukraine of chances to strengthen its economic integration with the EU and might even make economic integration easier under a more flexible governance system. In this respect, the EU and Ukraine should jointly work on linking reforms to investment, reinforcing the socioeconomic dimension of fundamental values, and placing a new emphasis on Ukrainian citizens’ welfare and legitimacy. 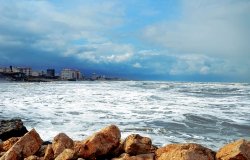 Blog post
Global Governance
Five Nations Bicker over Whether the Caspian is Lake or Sea
By Rahim Rahimov on September 5, 2018