Is Ukraine on the Verge of an Economic Breakthrough? An Economic Forum Underlines Obstacles 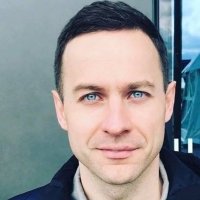 “Ukraine is on the verge of an economic breakthrough.” This was the message delivered repeatedly by President Zelenskyy at the investment forum RE:Think, held in Mariupol on October 29–30, 2019, to encourage investors and businessmen to invest in Ukraine.

It was the first large-scale event to take place in Mariupol in five years, a period encompassing the whole of the armed conflict in the Donbas, which continues in the vicinity of the city. Shelling is not heard in the city anymore. But there are daily news reports about those killed and wounded in the crossfire between Ukrainian troops and separatist guerrillas.

Under President Poroshenko, Ukraine’s government had sent a message to Western donors that the non-controlled territories and communities could be reintegrated faster if Ukraine helped cities like Mariupol grow and flourish. However, during the five years of the Poroshenko administration, the proposed development of a modern highway to connect the front-line city with Zaporizhzhya, the nearest city with an airport and a railroad hub, did not happen. Soon after his inauguration, President Zelenskyy insisted on the rapid renovation of the road as one of the most important first steps of his incumbency. And that is why, on the first day of the forum, Zelenskyy got in a car and drove along the motorway himself. He needed to show that upgrades to the crucial “road of life” (an appellation bestowed on the road during the siege of Mariupol by Russian-backed separatists in 2014, as it was the only connection to the rest of Ukraine) had been completed—and that his administration could get things done.

Ukraine’s need for real reforms, not just superficial changes, was highlighted by President Zelenskyy during his speech at the forum. In an effort to reassure Western business leaders and prospective investors that they would be treated fairly under the new regime, he reiterated a major theme: “Corrupt courts scare investors away just as much as explosions and shooting do. We realize this. We have launched the High Anti-Corruption Court and [we started] all the judicial system cleansing.”

As a sign of trust, representatives of the European Bank for Reconstruction and Development (EBRD) said in their report that the bank has invested the record sum of 1 billion euros in Ukraine this year. The EBRD speaker also confirmed that the bank would continue investments, on the condition that Ukraine did not suspend its reforms and continued to make progress in the fight against corruption.

Vadym Prystaiko, Ukraine’s minister of foreign affairs, reassured attendees of the government’s commitment to fighting corruption. However, he also noted that the forum “was not a donor conference. [Its] main aim was to attract Ukrainian business, primarily [to invest in the region], who hopefully would then be followed by foreign investors.”

The Ukrainian business community has overall responded positively to the new administration’s calls for investing in southeastern Ukraine. Both the organization of the forum and its advance PR were supported by Rinat Akhmetov’s company, System Capital Management. A considerable part of Akhmetov’s business (and political) interests is concentrated in Mariupol, a city of some size—it is the tenth largest in Ukraine—and significance, having a port on the Sea of Azov.

Other businesses and community groups, however, were less involved in the forum’s organization. Some even organized a rally near the forum’s venue to protest Akhmetov’s corporation’s environmental policy. Protesters accused the oligarch of “ecocide” and of disregarding the heavy pollution from industrial plant operations that afflicts Mariupol. In response, Yuriy Ryzhenkov, the corporation’s board chair, accused the activists of using defense of the environment as fodder for “political battles, disinformation and fake news” and to undermine the cooperation of the government, city, and business.

Even though the forum was ostensibly convened to enhance communication between Ukraine’s government and business representatives, President Zelenskyy and Prime Minister Oleksiy Honcharuk had frank discussions with the EU representatives and diplomats in attendance. The president thanked the EU for its support, which has totaled €15 billion for recent years (though earlier, Zelenskyy had told the U.S. president Donald Trump, perhaps opportunistically, that the United States is a much greater partner of Ukraine than the EU). President Zelenskyy also stressed that his purpose is to get rid of the “paradigm of the aid seeker” and finally start large international investment projects.

The forum produced certain results. During the closing ceremony President Zelenskyy announced with a smile that twelve MoUs had been signed on investment projects worth billions of dollars. He also stated that he saw the business community interested in participating in the privatization of Ukraine’s state-owned companies, including the Odesa port factory, a number of energy companies, chemical and machine-building enterprises, state banks, businesses connected to the gas transportation system, and Ukrzaliznytsia (Ukrainian Railways). The government plans to realize up to 12 billion hryvnias (approximately 0.5 billion USD) from privatization in 2020, which raises a major question. By selling assets of such magnitude to those with the means to buy, namely, large corporations and oligarchs, how does the government intend at the same time to move forward with deoligarchization?

At the end of the forum, Zelensky announced the creation of the International Partnership Support Fund for the restoration and future reintegration of the Donbas. The main objective of this fund is to raise funds for a multibillion-dollar project to revive the destroyed region. A fund drive for this purpose was also announced during Poroshenko’s presidency, but without real support from the business community, and in the context of an ongoing war, investments never materialized. It remains to be seen whether Zelenskyy is more successful.

The business community, for its part, expressed some skepticism, pointing to the obvious barrier to investing in the region. As Giovanni Salvetti, managing director of Rothschild & Co. in Ukraine, said: “There is an offer, but there are also problems. To attract investment, say, to Donbas, it is necessary to adjust the geopolitical situation.”

He is correct: the future development of the Donbas clearly depends on improving the geopolitical situation. And the prospects of that happening may come into better focus after the Normandy Four summit on December 9, when the leaders of France, Germany, Ukraine, and Russia renew talks aimed at ending the war in eastern Ukraine.