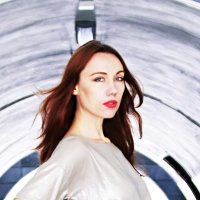 On January 25, ahead of International Holocaust Remembrance Day on January 27, the Babyn Yar Memorial Center announced plans for a memorial to the nearly 34,000 Jews killed in the Babi Yar ravine on September 29 and 30, 1941, by Nazis—an ignominious milestone in the annals of mass murder. In scale and scope, the memorial center will be among the largest in the world. Its dozen buildings on 140 hectares will commemorate as well the non-Jews—including Roma, people with mental and physical deficits, Soviet citizens of different ethnic background—killed at Babi Yar, and the millions of Jews worldwide who perished in pogroms. President Volodymyr Zelensky marked the occasion by issuing a statement emphasizing the need to remember the Holocaust and hoping the site would become a “place of peace, reflection and tranquility.”

This massive commemoration effort, supported by the state, stands in sharp contrast to the previous obscurity surrounding the events of 1941, any public mention of which was suppressed during the Soviet era, but rides an arc of increasing interest and engagement with issues of historical memory in Ukraine and other post-Soviet countries. The cultural side has now joined the policy side in producing responses to the history of Jews in Ukraine. Though Ukraine’s Jewish community remains one of the largest in the world, this theme has only recently begun receiving attention from the country’s visual artists.

Spearheading much of the current commemorative wave among artists was a big historical memory project devoted to Ukrainian Jews. In 2016 the PinchukArtCentre presented the international exhibition Loss. In Memory of Babi Yar, to mark the seventy-fifth anniversary of the Babi Yar massacre.

Collective memory—how groups remember their past—and the potential for revisionism to enter official accounts was the focus of the group exhibition, a theme honed by the artists who contributed special projects foregrounding commemorative practice. In a massive installation, Le Chemin de Babi Yar / The Path of Babi Yar, curator and artist Christian Boltanski introduced indicia of fading remembrance and oblivion. Decaying boxes, numbered randomly, filled a dark corridor that led to a pile of dark cloths.

According to Boltanski, the boxes were to suggest “the funeral urns of unknown persons” and the pile of cloths “mountains of baggage and clothing in one place,” the possessions of the Jews ordered to appear at Babi Yar on the morning of September 29, 1941. When viewed together with another work in the exhibition, Jenny Holzer’s 1994 Lustmord Table, an uncanny display of human bones as found by archeologists at the site of the mass murder, Boltanski’s archive-installation raised questions about oblivion and remembering, with archaeology serving as an act of recuperation and Bolanski’s work underlining efforts to erase.

The Big Soviet Eraser
The Soviet regime never acknowledged Babi Yar as a Jewish gravesite; the extermination of the Jews was a nonsubject in Soviet history. All the Jewish lives lost, including during the Holocaust, were categorized as “losses of Soviet citizens.” In 1976 the Soviet authorities erected a monument at Babi Yar but once again avoided mentioning the specificity of Jewish suffering. Several considerations fed into the decision to erase Jewish history from the Soviet narrative and memory. The ethos of collective history endorsed by the state did not allow recognition of separate categories of victims until the fall of the USSR. The major factor, however, was state-sponsored antisemitism.

In the early years of the Cold War, everything connected to the West was suspect, and Jews, because of their broadly international community, were seen as unpatriotic cosmopolitans with split loyalties. Moreover, the Soviet state was not comfortable with the fact of Ukrainian collaborators supporting the Nazi invaders in their process of ethnic cleansing at a time when Ukraine was a Soviet republic. Thus Babi Yar might be thought of as a symbol of the Soviet Union’s efforts to erase wholesale any record of undesirable elements and events. This is why the Pinchuk’s exhibition was so important. It created space for a difficult topic to come to light, including a dark side of Ukraine’s history.

Contemporary Commemorative Practices
More than Babi Yar has been exposed to daylight recently. Another tragic event in the Jewish history in Ukraine, the 1941 Lviv pogrom, became the main topic of Kyiv-based Ukrainian visual artist Nikita Kadan's project Mutilated Myth, which opened at the SchulzFest 2020 in Drohobych, Ukraine. Another version opened in early February 2021 in Kyiv’s The Naked Room. In a series of black-and-white drawings, Kadan interpolates scenes from the Lviv pogrom based on archival photographs with his interpretations of the Polish Jewish poet and visual artist Bruno Schulz’s work. In this set of drawings Kadan captures both Schulz’s premonitions about the pogroms yet to come and the violence perpetrated against the pogrom’s female victims.

Another series of drawings shows, again, Kadan’s rendering of the pogrom based on Schulz’s works, with thumbnail photographs of victims affixed to the drawings. Overall, Mutilated Myth challenges the ethics of the viewer—in the case of the pogrom photographs, the viewer is in the position of perpetrator—while retaining Schulz’s respect for the persons depicted. The exhibit also carries a subtle reminder that some of the perpetrators were Ukrainians, a beating back against any sanitizing historical narrative.

Other contemporary artists whose work bears mentioning for its dedication to remembering the Jews’ history in Ukraine include the filmmaker Dana Kavelina. Ukrainian Jewish identity is being rediscovered in the experimental project Neue Judische Kunst, by the artist Nikolay Karabinovych and the psychoanalyst and art historian Garry Krayevets.

Works by Ukrainian artists aimed at commemorating the Jewish heritage in Ukraine, are important for both historical and cultural reasons. Further intentional investigation of the past, especially if that past is a difficult one, is a necessary step on Ukraine’s path to self-awareness.

An earlier version of this article misstated the approximate number of victims. The correct number is approximately 34,000, not 40,000.