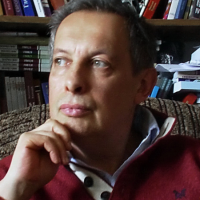 Four years after the start of the Euromaidan, Ukraine still faces many difficulties, including war and a destructive political struggle. The problem most likely to produce lasting damage to the country, however, is Ukraine’s stalled effort to move toward an inclusive state. We have nearly missed our chance.

Three major fault lines in government and in society are contributing to this opportunity slipping away. First, application of the rule of law, the protection of civil rights, and ensuring access to the justice system are beset with problems. Second, there are increasing problems with poverty and socioeconomic inclusion. Third, corruption prevails in communications between the state and society. These aspects of the problem mutually reinforce one other and undermine reformists’ efforts to take over the “blackmail state” and change the dominant model of extractive institutions to an inclusive institutional model. This paucity of effective change is especially disheartening in light of the Euromaidan’s political agenda, to reboot the system.

Let’s look at these three fault lines in more detail.

The Euromaidan started as a protest against the arbitrary decision by Viktor Yanukovych’s government to turn away from the path of Ukraine’s European integration. The protest gathered strength after the brutal beating of the student protesters by police. The pursuit of justice in punishing the perpetrators became the first decisive episode that provided the Euromaidan with dynamic growth in its protest wave.

Notwithstanding its violent character, however, this episode merely epitomized the whole practice of the state authoritarian machine, in which law enforcement and judicial systems were only scenery and the interpretation of laws and access to justice were regulated by mainly informal rules and corruptive agreements. Despite the Euromaidan victory, the legal and judicial systems cannot be said to have reformed substantially.

Nonetheless, there have been certain changes in the law enforcement sector. In addition to the Prosecutor’s Office, the system developed in a positive direction thanks to the appearance of new organizations such as the National Anti-Corruption Bureau of Ukraine (NABU), the National Agency to Prevent Corruption (NAPC), and the nascent State Bureau of Investigation (SBI). The court system is getting simplified and structured in more logical way. However, the outcomes of such efforts at institution building are rather humble: corruption remains endemic, security in the streets is far from guaranteed, and the courts are very slow to reach just decisions.

Unfortunately, we are witnessing how old and new institutions conflict with each other and undermine law and order in Ukraine. In recent months the general prosecutor, the head of NABU, and the head of NAPC have opened investigations against each other. Their respective staffs keep arresting each other, while criminality feels freed of law enforcement’s prosecution.

But the weakest, most ineffective, and supposedly most corrupt part of the system remains the courts. Remarkably, the catastrophically low level of public trust in the judicial system has not changed since pre-Maidan days: in both 2013 and 2017 up to 75 percent of Ukrainians did not trust the court system. (The data are from the nationwide representative survey, “Monitoring Ukrainian Society,” conducted annually by the Institute of Sociology of the National Academy of Sciences of Ukraine [NASU]. The sample of 1,800 respondents represented all the regions and sociodemographic groups of Ukraine, excluding, beginning in 2014, Crimea and Donetsk and Luhansk oblasts in the Donbas.) And the court as the principal institution of the rule of law is responsible for administering and creating access to justice for all citizens. Poor functioning of the court system and a lack of clear legal rules result as well in a continuing high level of corruption and low attractiveness for investors wanting to do business in Ukraine.

2. Need for a More Inclusive Model of Institutional Functioning

The Revolution of Dignity, as Ukrainians call the Euromaidan, has not resulted in the dissolution of the “blackmail state,” that is, a state organization built on the nontransparent, mostly informal rules of monopolistic control and the corruptive distribution of public wealth by oligarchic clans.   In fact, the Euromaidan was the third chance for Ukraine to transform from an extractive to an inclusive model in the nation’s twenty-five years of independence. But even the unprecedentedly high price in human lives of the Revolution of Dignity and the fear of the ruling elites that they might be displaced or punished did not make them switch from running an extractive state to developing a state characterized by political and economic inclusiveness.  It seems to me that Ukraine’s ruling elites are unable to adapt to an inclusive model. All they can do is reproduce the usual (and to them, comfortable) institutional environment, one that is based on extra rent seeking and extractive practices. Ukrainian authorities have refused to rely on civil society, though this is perhaps the only the way to gain the necessary societal support for conducting in-depth and rapid institutional reform, a process that may well be painful. Instead, the strategy of power preservation made rulers ally with the oligarchic clans and, after the Maidan, restore the extractive institutions of an ineffective and corrupt system.  The problem is amplified by the military conflict in the Donbas and the uncertain prospects for its resolution, which feed the extractive institutional model by creating new opportunities for additional opacity, additional rent seeking, and corruption within the frame of increasing military expenditures out of the state budget.

Another proof that the extractive model continues in force is provided by the unfulfilled promises of tax reform and the persistence of corruption. Even though Ukraine has significantly improved its position on the World Bank’s index of ease of doing business in the period beginning in 2012, the country is still behind Georgia, Kazakhstan, Moldova, Azerbaijan, and even Belarus. The country’s high level of corruption remains a key problem. With a rank of 131 on the corruption index in 2016, Ukraine is still at the bottom of the world corruption ranking by Transparency International. Should deregulation and tax reform be implemented, they would economically bring the majority of Ukrainians into legal profit-making activities, reduce the considerable (45 percent in 2017) share of the country’s shadow economy, and stimulate sound economic growth. These positive changes in turn would help restore Ukraine’s middle class and increase the demand for democracy.

3. Need for Better Communication between Authorities and Society

Institutional implementation of the extractive model in the public space also manifests in deformed communication between society and the authorities. The lack of a strategic vision concerning such key issues as the armed conflict in the Donbas (is it a war or an Anti-Terrorist Operation?), the future of the occupied territories (how will eastern Donbas and Crimea be reintegrated?), and the direction of reforms (is the goal of reforms more chances for Ukrainians or the approval of Western partners?) is particularly noticeable: all these unanswered questions mark the authorities as ineffective communicators.  This inconsistency on the part of the leadership reinforces growing feelings of apathy, confusion, and disorientation in society. According to a nationwide representative survey conducted in 2016 by the Institute of Sociology, NASU, two-thirds (66 percent) of Ukrainians were not satisfied with how democracy was developing in the country. For comparison, this figure was higher than it was in 2012 (when 59 percent of those polled said they were dissatisfied). And nearly 60 percent of Ukrainians polled in 2016 did not believe that their life would improve in the near term. Certain changes in communications between society and authorities did actually occur after the Euromaidan. Nonetheless, the authorities cannot effectively control some spheres of communication, in part because of their inability to communicate with the public in an open and honest way. Active groups can win when competing with the government to get their message out, as in the case of the Crimean Tatar activists blocking land access to Crimea or radical patriot groups promoting a trade blockade of eastern Donbas. Lack of leadership in communicating with society creates a vacuum and permits distortions, which undermines the strength of Ukrainian society and weakens its support for the country’s government.  Adequate public communication would require a substantial correction of the current biased practices of the domestic media and implies the formation of a culture that embraces public dialogue, the development of public solidarity practices, and the fostering of society’s and the authorities’ ability to hear each other and accept constructive criticism and principled arguments.

Ukraine is indeed in a difficult situation. Our breakthrough to an inclusive socioeconomic model is a task for new leadership, which will be elected only in 2019. Will the intervening years be wasted?