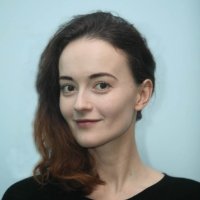 Getting objective news about Ukraine just became harder. The Kyiv Post, Ukraine’s oldest and biggest English-language publication, shut down on November 8 after 26 years of operation, following a conflict between the owner and the newsroom.

The move has dire implications for press freedom in Ukraine. It rightfully caused an uproar in the media, both in Ukraine and abroad.

Underlying this crisis is the harmful culture of the media market in Ukraine, where both media owners and outsiders infringe on editorial independence. But looking ahead, there might be a positive ending to this story.

Kyiv Post
The Kyiv Post staff arrived at the office on Monday morning, November 8, only to learn that they were fired, effective immediately. Their access to the website was cut off. They were told the paper was shutting down.

This move followed weeks of tensions between the owner and the editorial side over the newsroom’s independence.

It was painful news to me. I had spent 10 years with the Kyiv Post, most recently as deputy chief editor. I left the paper less than two months ago to study in the United States, thinking I might return to it at some point.

Apart from my personal feelings, I was worried about what this loss might mean for my country. The Kyiv Post was essential—it was a local voice talking to the international audience.

Of course, international media cover Ukraine. But it’s not the same as having on-the-ground reporting, done mostly by Ukrainians, who understand the local perspective and bring it to their stories.

Through decades of hard work, the Kyiv Post had earned a reputation as an independent newspaper that followed high journalism standards, inspired by its Western counterparts.

And now, Ukraine’s Global Voice, as we called the Kyiv Post, is on mute.

Conflict with the Publisher
Odesa-based developer Adnan Kivan is the third owner in the history of the Kyiv Post. He purchased the paper in 2018, and pledged to preserve its editorial independence. For three years, he generously subsidized the paper.

He wasn’t always happy with the coverage. During his rare visits to the newsroom, he mentioned that he’d like the criticism of authorities to be toned down. On his first visit, he said that “silence is golden,” a remark that raised journalists’ eyebrows.

At the center of the recent conflict was Kivan’s decision to announce the launch of a Ukrainian branch of the Kyiv Post without informing the newspaper’s staff about it. He appointed a loyalist unfamiliar with the newsroom to lead the expansion.

The staff feared that the owner was seeking to create a loyal replica of the Kyiv Post to protect his interests as the actual newspaper wouldn’t.

After a negotiation with the editor-in-chief, the owner agreed to let him oversee the expansion, implying that the new version would have editorial independence. Then he changed his mind and fired everyone.

Hours later, he announced that the Kyiv Post would reboot under new management. That announcement signaled that the “shutdown” was designed to replace the staff, or at least the leadership. There was only one conceivable reason to do so: to end the editorial independence of the newspaper.

The rest of the editorial staff, numbering 30 people, went public, and called it what it is: the end of the Kyiv Post as an independent—and therefore reliable—publication.

Media in Ukraine
To understand this crisis, one must know a couple of things about the media market in Ukraine.

Most of the media in Ukraine are subsidized. There is a very small advertising market, and no subscription culture. A handful of media outlets break even. The rest are sponsored—either by rich owners or by Western donors. This has created a culture where rich owners buy media assets as influence tools and expect full submission from the editorial staff. The authorities fuel this culture, seeing stories published in the media as a direct extension of the views of the owners and retaliating against them.

For a long time, the Kyiv Post enjoyed a unique equilibrium: it had a rich owner and editorial independence. It made about half its money from advertising, subscriptions, and donations, with the owner subsidizing the rest.

There is only one problem with benevolent media owners of this sort: they are good until they aren’t. The Kyiv Post staff learned that lesson on November 8.

Several Ukrainian journalists came forward to say that pressure from the presidential administration was the reason for the shutdown; they cited sources. Kivan runs a developer business, heavily dependent on authorities for licenses and land allocation.

Kivan claims he hasn’t been under pressure. The administration denied interference as well.

What Now?
Kivan appointed a new CEO to the Kyiv Post. As of November 11, he has no editorial staff. The dismissed team refused to talk to him about returning.

After speaking to the owner, the 30-person editorial staff concluded that it can’t expect editorial independence going forward. So instead of compromising on their beliefs, staff members are taking a brave step. They announced they were ready to launch their own media outlet in English, and began looking for investors and donors. They have set up a website, savethekyivpost.com, to gather supporters.

“If we can’t save the Kyiv Post brand, we’ll save its values,” their statement reads.