Under current conditions of geopolitical competition and a leadership race, the United States as a main global player will need new means to retain this status. In the case of tension with Russia and imposing sanctions against it, a new tool is available now—participation in energy source mining and trading in Europe. This could help the United States achieve a wide range of political and economic goals while also generating profits for U.S. companies.

A crisis presents not only problems but also opportunities. However, not everyone can take advantage of the opportunities, and the time frame is limited, too. The events of 2014, including the annexation of Ukrainian Crimea by the Russian Federation and Russia’s backing of instability in eastern Ukraine, became crucial for Europe’s and the world’s future by challenging the stability of the established international order.

As a clear example of the destabilizing effect of those actions, Russia’s own economic stability suffered from that country’s hybrid aggression. Trade flows between Russia and the EU decreased from €326.42 billion in 2013 to €191.185 billion in 2016, and foreign direct investment in Russia has fallen as well. The U.S. sanctions imposed in the last year of the Obama administration are another factor that may considerably limit Russia’s economic development in the near term.

Russia was long interested in keeping Ukraine within its sphere of influence. Ukraine’s almost complete energy dependency on Russia and the economic interdependency of Ukraine and Russia were effective tools for Moscow. As a result, after Ukraine became independent in 1991, the country’s domestic and foreign policy were still influenced by the Kremlin. For some years Russia was the sole supplier of gas, oil, and nuclear fuel to Ukraine, and these energy supplies cost a lot. For instance, in 2012 Ukraine’s total energy cost amounted to U.S. $14 billion, and most of that went to Russia. However, beginning in 2013, Ukraine started diversifying its energy supplies, and in 2017 it is much less dependent on direct Russian supplies.

This Ukrainian energy dependency is quite strange. The country has huge fields of energy reserves. With 923 billion cubic meters (bcm) of gas available for extraction (excluding fracking gas), Ukraine has the third largest reserves in Europe. The situation is similar with respect to uranium: Ukraine has the largest deposits in Europe. Those stocks are big enough for Ukraine to become a net energy exporter. Nonetheless, the current gas extraction is less than the country’s total consumption.

Ukraine’s energy dependency has had an impact not only on the economy but on Ukrainian politics and society as well. Today Ukraine is committed to improving its energy self-sufficiency. The main obstacle remains a lack of FDI.

Ukraine’s need for investment might actually propel the country to a significant level of energy independence. According to evaluations by the Ukrainian Institute for the Future, the country can become energy independent by 2022. The required investment amounts to U.S. $19.5 billion: $3.5 billion for developing gas fields and pipelines, $14 billion for oil extraction, and $2 billion for oil refining. Those figures equal the current total cost of energy imports for two or three years.

One might then anticipate a scrummage of investors seeking to participate in Ukrainian energy extraction projects and to trade those fuels in Ukraine and abroad. In late October 2017, negotiations got under way between Ukraine and China on the construction of a nuclear fuel production plant. Certain EU member states also want to decrease their dependency on Russian supplies, and that should increase the demand for Ukrainian gas. Currently, Russia is the source of 25.8 percent of the EU’s solid fuel imports, 27.7 percent of its oil imports, and 29.4 percent of its natural gas imports. The EU is energy self-sufficient for only 46 percent of its needs.

Russia currently supplies about 160 bcm to European states (excluding CIS countries). So using the potential of Ukraine to export gas will decrease Europe’s dependency on Russia. Cutting down on Russian energy supplies to Ukraine and some other European states should in turn decrease Russia’s leverage in destabilizing the geopolitical situation. This manner of containing Russia in Europe while making the market for gas and other energy sources less concentrated can have a positive impact on geopolitical conditions in the region.

The United States will need additional means and points of leverage to save its leading position. Besides its existing technological leadership in energy, the United States is expected to become one of the world’s biggest energy producers and exporters, competing with other giants, such as Russia and Saudi Arabia.

But experience shows that depending on energy exports is not a reliable strategy for maintaining leadership in the energy sector. Important geopolitical players must be interested in starting energy-extracting projects in other regions, too. Here the United States faces complicated logistics. The cost of transporting gas and other energy sources across the ocean will lower revenues compared to the option of trading energy sources in the country of extraction. Under current market conditions there is a near-term risk of nonprofitability in transiting gas supplies from the United States to Europe. In the case of energy trading in Europe, the United States would be competing with other producers and under less favorable conditions.

Some experts claim that the United States should be more involved in Europe now. The participation of U.S. companies in projects to extract gas and other energy sources in Ukraine and neighboring states and in the export and trade of those fuels is part of a complex strategy of gaining revenues while containing Russia. The recently adopted Countering America’s Adversaries Through Sanctions Act (P.L. 115-44, adopted August 2, 2017), stipulates, among other things, the development of an energy security plan for Ukraine in cooperation with the United States. The plan requires promoting U.S. investments in Ukrainian energy.

The sanctions bill actually opens a window of opportunity for U.S. businesses to start projects in Ukrainian energy extraction and trade. And Ukraine’s vast gas reserves are a good market to step into. That would not only provide profits for U.S. companies but would also help contain Russia, thereby increasing U.S. influence in Europe and the world. U.S. participation in European energy projects, including in Ukraine, can certainly serve different presidential administrations’ plans, including those that fall under the rubric of “Make America Great Again.” 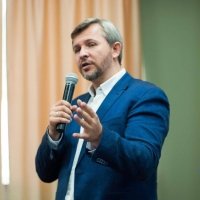