Ukrainians Keep Their Composure During the COVID-19 Epidemic 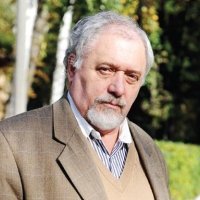 During this epidemic, I try to understand my society. I talk to leading Ukrainian sociologists, economists, epidemiologists, and infectious disease experts on an almost daily basis. Also, I go to the grocery and talk to ordinary citizens. I am struck by the fact that Ukrainians are predominantly calm and composed in the face of the growing epidemic and the quarantine restrictions. And I wonder what enables us to keep our composure.

Yes, I also observe widespread dissatisfaction with the government’s belated response to the epidemic and its often contradictory, even improvident decisions. But there are no signs of public panic. It looks as though Ukrainians—who traditionally and firmly do not trust the public administration or the public health system—did not really expect any wisdom from the authorities, or the situation to develop in any other way.

One of the reasons why the epidemic has developed and spread in Ukraine as it has is the absence of an anti-epidemic organization. The old sanitary-epidemic service was dissolved during the public health system reforms of 2016–2019. Also, as part of the reforms the Department of Medical Statistics in the Ministry of Health was reorganized, and, so epidemiologists tell me, they (epidemiologists) are not receiving important data on how the virus is being spread in the country. There is also a shortage of special tests that would allow tracing the spread of the infection. For this reason, many cases of bilateral pneumonia—which should raise suspicion of a coronavirus etymology—are not registered as cases of COVID-19 infection, thus artificially suppressing the count and preventing tracing.

Another observation: people don't wear masks, despite the authorities’ urgent requests. This is mainly because masks are not available. A few days ago a scandal broke out when it became known that Ukrainian companies allegedly sold two million medical masks abroad, while Ukrainian doctors and nurses cannot protect themselves in hospitals. Among those blamed are customs officials and the parliamentary public health committee. Even though the authorities have promised to order a supply of personal protective equipment, there is still a critical shortage of such products in Ukraine. The slowness of the Ukrainian government and the security services—which should have been alert to potential criminal connections—in responding to the shortages (and their causes) is unacceptable.

When the second stage of the public health system reforms gets under way in April, the government will change the way it provides financing to hospitals. As Illia Yemets, the recently appointed minister of health, has said, “There are many who are not ready for this change.” In my and my colleagues’ opinion, the new changes will mean that hospitals and sanatoriums will not be able to provide thousands of psychiatric or tuberculosis patients with services and keep them on premises. These groups of patients are predominantly on the margins of society, which increases the likelihood that they will soon become COVID-19 victims and carriers. Those incarcerated in Ukraine’s traditionally overcrowded prisons similarly face a much higher risk of becoming infected and spreading the disease.

To make it all worse, economists say that both the epidemic itself and the measures taken to counter it will harm Ukraine’s economy—and that nothing can be done about it.

So, yes—my country and my compatriots are in deep trouble. And I am amazed at the calmness and composure of Ukrainians whose well-being is at such risk. My guess is that we have got used to living in a situation of permanent social stress, so one more crisis doesn’t scare us. And this is probably why Ukrainians seem to worry more about unwise government decisions harming the economy than about the epidemic itself.