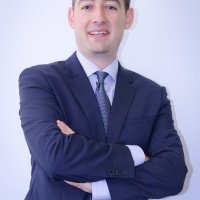 A reminder that already existing oral histories are an invaluable and underutilized resource for studying international relations history.

Students of more recent political events are often keen to interview former officials. I know I was.

Over the past two years, I talked to dozens of officials who worked in the George H. W. Bush Administration at the end of the Cold War. It helped with my dissertation: Methodologists – especiallyinpolitical science – think it is generally a good idea to include interviews in one’s research. Always interesting and often informative, these discussions did help me better understand the questions I was interested in answering.

And yet, as scholarly findings would suggest, the price of these gains was high: hundreds of workhours and travel costs. During the process, I recognized that some of the answers I was seeking were already accessible and available at considerably less cost.

Most former policymakers want to be helpful. However, few tend to have plenty of time on their hands. They seek to balance the numerous interview requests they receive against their other – often more lucrative – commitments. Well-crafted and informed (but short) emails help. Recommendations from well-known and well-connected scholars do too. Supportive messages from policymakers’ former colleagues – attesting to one’s desk-based preparation – significantly increase the rates of reply-and-appointment.

At some point, a snowballing effect is supposed to kick-in. But think slowly-rolling-heavy-snowball, not Alpine avalanche. Ultimately, for the messaging, the networking, the preparing, and the post-production processing, my crude calculation suggests around twenty hours of work per successful encounter. More is always better, but to lessen the investment, one can gauge what sources could best meet one’s needs. How badly you need to talk to which people depends on what you want to find out. If your topic is minute and arcane, only those people in the know will be able to help you.

Likewise, if you need to know how a particular choice was made, access to the decision-makers and their inner circle is irreplaceable. Yet people’s recollections decades after the fact are restricted, with the complex debates revealed by primary documents often recalled as much more simple choices.

Also, at the very top, officials faced countless priorities. Your item of interest is likely to have been one among many. These individuals spent only limited time thinking about it back then, and had countless memorable experiences subsequently. They tend to be formidable people, but there is little wonder that their answers sometimes lack nuance. Finally, political agendas or classification restrictions do not magically vanish once in retirement.

In contrast, if you want to learn about a certain choice’s background, policymakers lower down the ladder might be of help. They tended to be their government’s experts on the particular issue. At the time, they wrote lengthy memos, sat in endless meetings, and gave your current questions a significant amount of thought. Occasionally, they carefully analyzed and assessed the pressures and constraints weighing upon their political masters.

If you are lucky, your timeframe played a crucial role in these individuals’ careers, and their recollection of it might be very vivid. People will still have political or personal agendas, but some might be glad to talk about their and others’ accomplishments. Last but not least, these mid-level former officials might face fewer competing priorities now, and be more willing to give you their time and insights.

However, before sending out the first request, it might be worth checking whether others’ oral histories could be of any help. For students of American foreign relations and diplomatic history, the best repository of such policymakers’ recollections is the Foreign Affairs Oral History Project of the Association for Diplomatic Studies and Training (ADST).

Since 1986, this project has conducted over 2,500 interviews, mainly with retired Foreign Service Officers. For many a time-period, these transcripts will contain relevant information. Expect few obscure details and limited insight on highest-level politics, but plenty on mid-range policy issues. Overall, the length of the interview and the familiar nature of the interviewer seem to encourage former diplomats to be rather frank about their experiences. In my case, I identified around 80 potentially relevant interviews. Ultimately, 28 items contained information pertinent to my research topic.

Depending on one’s research, other oral histories might be available. For example, when it comes to top officials and the core questions of government, the Miller Center at the University of Virginia interviewed decision-makers in the Carter, Reagan, H. W. Bush, Clinton, and W. Bush Administrations. For earlier Administrations, presidential libraries will likely have directed oral histories. Also, the British Diplomatic Oral History Program has conducted 170 interviews with former UK diplomats. Finally, it is worth examining whether special collections contain relevant interviews or conference proceedings. To illustrate, the Princeton University Manuscript Library holds an entire oral history collection dedicated to Secretary James A. Baker. Likewise, scholars might have published discussions and interviews in various document collections, edited volumes, or onlinepublications.

Nothing here is meant to discourage scholars from conducting interviews. They remain a good way to at the very least gain exposure to the people whose memos, letters, and transcribed words one has only read in declassified documents. At the very best, new links between constrictions, individuals, and choices might be revealed. Sometimes, interviews might be the only available instrument towards increasing one’s knowledge of particular issues.

And yet, for many questions related to US foreign relations that date a few decades back, already available oral histories seem an excellent resource. After perusing the secondary literature and exploring available archival sources, it might be a good idea to have a look at what former diplomats and officials already told others about their adventures before plunging into your own discussions.

Already available oral histories are an invaluable and underutilized bonanza.

Liviu Horovitz is thankful to James Wilson for pointing him towards the ADST website a few years ago, and to Octavian Manea for all his help with processing some of these resources.

Liviu Horovitz is a DAAD Post-Doctoral Fellow at the Foreign Policy Institute of Johns Hopkins SAIS.