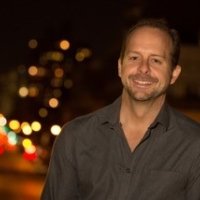 The diaries of former National Security Advisor, Brent Scowcroft, provide a rare glimpse into the thought process of US and Iranian leaders in the lead-up to the Iranian Revolution. Andrew Scott Cooper explains why that is so important.

The Shah of Iran was once memorably described by Henry Kissinger as “that rarest of leaders, an unconditional ally, and one whose understanding of the world enhanced our own.”[1] After he left office, Kissinger aggressively promoted the view that US-Iran relations had been trouble-free and mutually beneficial until the 1979 revolution, which he blamed on the Carter administration.

For many years, historians had no choice but to take Kissinger’s word for it. US government documents relating to the Ford and Nixon administrations were subject to the 30-year declassification rule. The former secretary of state’s three volumes of memoir totaling 3,955 pages were thin gruel for scholars and so parsimonious on the subject of the Shah that they became something of a joke in academic circles. Kissinger’s meetings notes of his conversations with Iranian officials were masterpieces of obfuscation. “This skimpy treatment,” said journalist William Shawcross, “can be explained only by a desire to conceal.”[2]

On the Iranian side, things were even worse. In the hands of the Khomeini regime, the Pahlavi state archives became a weapon used to discredit the ancien regime. Forged documents were circulated to confuse investigators and reinforce Tehran’s narrative that the Shah had been an American puppet. Even if the Iranian state archives had been opened it is doubtful they could have answered outstanding questions. The Shah had kept key officials in the dark about his intentions. He had preferred oral to written agreements and relied on back channels to pass on intelligence. His language skills, sharp memory and penchant for secrecy meant that translators and note-takers were not required in meetings with foreign officials. It was doubtful that the archives in Tehran included details of the Shah’s secret deals with Kissinger.

For these reasons, after the revolution the entire subject of US-Iran relations in the 1970s became a sort of academic “Bermuda Triangle,” a no-man’s land giving rise to speculation, assumption and conspiracy theory. There was no way to find out when, why and how President Nixon had agreed to lift arms sales to Iran, pour in billions of dollars in investment, station thousands of defense personnel in the country and enter into a series of foreign adventures of dubious legality. Where exactly did all that national treasure go? How was it expended? Moreover, if relations with the Shah were so smooth and productive, why did Kissinger refuse to provide details in books and interviews?

The answers to these questions came years later and from an unexpected source. Retired Lt. General Brent Scowcroft had served as Kissinger’s deputy and note-taker at the National Security Council from 1973-75, then as National Security Adviser in his own right from 1975-77. After he left government service, Scowcroft donated his tranche of papers to the Gerald R. Ford Presidential Library.

By the time I contacted the Ford Library in the spring of 2006, no major study of US-Iran relations had been attempted since the 1980s. Trained historians, with nothing substantive to work with, knew to steer well clear of the morass. The dozen or so transcripts of conversation that I ordered from the Ford Library had only recently been declassified. Because I did not know what a transcript of conversation was, or indeed what such a document might include, my expectations were naturally low.

I still remember the shock of opening that first envelope. It contained the typed notes of actual verbatim conversations held between the Shah, President Ford and Kissinger. One sentence from the first document in the pile dated May 15, 1975, practically leapt off the page:

“[The Shah] is worried about Saudi Arabia. We told him we would support a paratroop operation in Saudi Arabia in a crisis. You could say you are aware of this contingency planning.”[3]

Here was the first documented evidence of a long-rumored, but until now unproven, secret US-Iran joint plan to invade Saudi Arabia and seize its oil fields in the event of a regional emergency. It was the first but hardly the last remarkable revelation laid bare in the papers of Brent Scowcroft, which scholars of the period today regard as one of the crown jewels of the US national archive system.

Four years later, while wrapping up work on my first book, The Oil Kings, I had an opportunity to interview Scowcroft. As we were concluding, I complimented him on his detailed note-taking. I said historians would always be grateful to him for including the principles’ every spoken word rather than general summaries of subjects discussed. It allowed us, I assured him, to gain deeper insight into how and why certain decisions were made, and then place them in their proper historical context.

Scowcroft expressed pleasure. He said he had had no formal training in stenography and had simply devised his own rapid-fire note-taking system. He said that when he inherited the duties of note-taker from Kissinger, he had made a conscious decision to include verbatim notes rather than summaries. The intent of his predecessor’s meeting notes, he explained with some delicacy, might not always be clear in their original intent. Whereas he, Scowcroft, had always understood that he was writing for history.