Venezuelan Opposition, ISIS in Afghanistan, and the Price of a Happy Holiday

By Ambassador Mark Green  on December 20, 2021
DemocracyElectionsConflict Resolution and Peacebuilding

That’s one way to guarantee a win: When it became clear that a Venezuelan opposition candidate was going to win the governorship of Hugo Chavez’s home state, the Maduro regime disqualified him…retroactively.

On November 21, Venezuela held elections for state and municipal offices. European Union observers criticized the “widespread use of state resources” by the Maduro regime in support of its candidates and the “arbitrary disqualification” of opposition candidates, all within the context of a “lack of judicial independence.” (Note: The Maduro regime did not take the EU statement well…labeling the observers “spies” and expelling them from the country.) The U.S. State Department said Maduro had “deprived Venezuelans yet again of their right to participate in a free and fair electoral process,” and “grossly skewed the process to determine the result of this election long before any ballots had been cast.”

Venezuelans could be forgiven if they saw the ghost of Hugo Chavez in one particularly blatant government intervention. A week after the vote, when tallies  showed opposition candidate Freddy Superlano in the lead for the governorship of Chavez’s home state, Venezuela’s highest court—long controlled by Maduro loyalists—acted swiftly and retroactively disqualified Superlano.

Not everyone is upset with Maduro’s tyranny and his regime’s manipulation of elections. Cuban dictator Miguel Díaz-Canel congratulated his friend Maduro on the "convincing victory"—even before Venezuela's election authorities produced the first results.

The Maduro regime’s actions may seem absurd but they are anything but funny. According to a study conducted by Venezuelan universities, the regime’s ruinous economic policies and corruption have led to three quarters of Venezuelans living in extreme poverty. Among the most recent and most painful burdens facing Venezuelans are sweeping gasoline shortages that have been met with their disgust and anger. All told, 5.9 million Venezuelans have fled into neighboring countries and beyond.

Not quite what we planned: Attacks by the Islamic State have more than tripled in Afghanistan this year.

While some may be eager to turn the page on Afghanistan, averting our gaze doesn’t change the harsh realities on the ground. In truth, a catastrophic mix of famine and human rights abuses continues to unfold there with lasting ramifications. More than half of the population now faces acute food insecurity, according to the World Food Program, and predictions for the economy become more dire with each passing month. In August, it was projected that the Afghan economy might shrink by as much as 20% in 2021. By October, the International Monetary Fund was predicting a 30% contraction, and by mid-December it was 40%. Meanwhile the Taliban have remained stubbornly resistant to meaningful steps to ensure women’s rights in return for aid. The organization UN Women recently issued a “Gender Alert” on Afghanistan stating that in the wake of the U.S. withdrawal, “there have been immediate reversals on women’s rights and fundamental freedoms….”

At the same time, the security situation is worsening. Although violence subsided across the country immediately after the Taliban takeover, there are disturbing signs that this was merely a temporary lull. A convulsion of score settling and reprisals against former security services personnel has left more than a hundred dead, driving former soldiers without income or hope into the arms of the Islamic State they once fought. According to the terrorism researcher Abdul Sayed, ISIS attacks have more than tripled this year over last, making good on a threat known as far back as the summer of 2021. Assuring the world that everything is under control, the Taliban have been sending hundreds of fighters to battle the ISIS insurgency around Jalalabad, all the while fueling it with summary executions and disappearances. In November, the UN Special Envoy stated that the Islamic State was now present in nearly every province of the country.

Nor is this insecurity likely to remain confined to Afghanistan. The Pentagon has testified that ISIS may have the capacity to strike the United States within six months, and more immediately, neighboring Pakistan faces domestic radicals that have long been intertwined with the Afghan Taliban who are now emboldened.

The price of a happy holiday: It costs 37% more to rent a car today than it did one year ago.

Average consumer prices in the U.S. were 6.8% higher in November than one year ago. But beneath that top line number are a range of goods and services that have been particularly hard hit, and which will make the holidays much more expensive for many Americans.

AAA estimates that travel this holiday season will be up by 34% over 2020, with almost 28 million more Americans on the country’s roads, railways, and airlines. But those travelers will face sharply higher prices: not only is gasoline 58% more expensive than a year ago, but renting a car is 37% more expensive, and the price of a hotel stay has gone up by 25.5%. The Christmas ham will be 10.7% more expensive, and a beef roast is up 26.4%.

The rental car industry illustrates how rising inflation is driven by the convergence of a number of today’s many economic challenges. When travel inside the U.S. plummeted in 2020, many car rental companies sold much of their fleets for cash just to keep their doors open. But now that demand for travel has rapidly returned, these same companies aren’t able to purchase enough cars to meet the demand. Globalized supply chains have pinched vehicle manufacturing as companies wait for back-ordered semi-conductors or other parts. Even after the goods arrive, not enough workers are available to offload the containers, nor are there enough truckers available to ship the goods inland once they are finally offloaded. This can be seen in the worsening pile-up of ships off the coast of California, stretching across the Pacific.

As a result, U.S. inventories of new cars are at about 30% of pre-pandemic levels, increasing the demand for used and rented vehicles. To one extent or another, similar issues are conspiring to increase the price of goods and services across the economy—especially, it seems, those needed for a happy holiday. 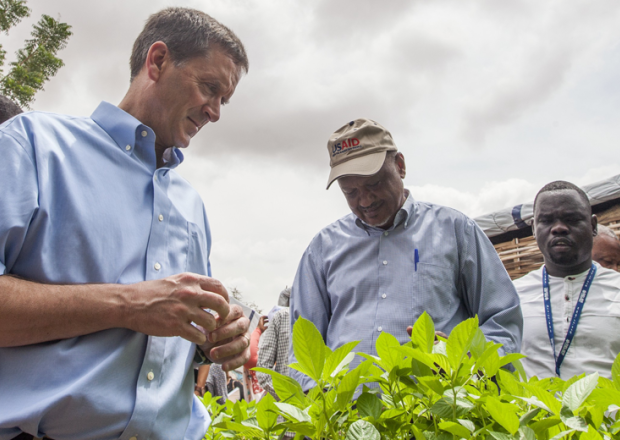