Although China craved international support in its confrontation against the Soviet Union, for many years the PRC tolerated Vietnam’s ambiguous position in the Sino-Soviet split.

North Vietnam maintained an ambiguous position during the first several years of the Sino-Soviet split. The DRV felt it needed to retain support from both China and the Soviet Union for its anti-imperialist revolution. As a result, it was unwilling to take sides in the increasingly divided socialist bloc.

As historian Chen Bo has argued, Vietnam’s ambiguous position was easily detectable in the country’s leading publication Nhân Dân, or The People. In 1960, Nhân Dân published articles that reflected Chinese views on the international situation, including many pieces written by Chinese leaders such as Mao Zedong and Peng Zhen. However, the Nhân Dân also reprinted editorial pieces from Pravda that offered a Soviet perspective on international problems. Moreover, Nhân Dân emphasized Sino-Soviet friendship and avoided mentioning the emerging split between China and the Soviet Union.

Chinese officials gained a similar impression about North Vietnam’s position based on interactions with Vietnamese diplomats stationed in the PRC. According to a 1963 report drafted by the Foreign Affairs Office of the Guangxi People’s Committee, most Vietnamese diplomats in Nanning hesitated to share their own positions on the question of socialist bloc solidarity and evaded questions about anti-revisionist propaganda materials published by China. Other reports suggest that Vietnamese diplomats stressed cooperation and compromise, rather than conflict, between the fraternal socialist parties.

Although China craved international support in its struggle against “modern revisionism,” for many years the PRC tolerated Vietnam’s ambiguous position in the Sino-Soviet split.

On March 19, 1963, the Central Committee issued guidance on Sino-Vietnamese relations. The document stressed that some leaders from the Vietnamese Workers Party held incorrect positions on several serious international problems. For example, the Chinese believed that a joint statement issued by Hồ Chí Minh and Antonín Novotný in January 1963 reflected Hồ’s “mistaken” (cuowu) attitude. The Central Committee claimed that Hồ, by emphasizing the unity between socialist states, was overlooking key principles in the international communist movement.

Yet the March 19 document also stressed that China had to consolidate its friendship with the Vietnamese Workers Party. To this end, state media was forbidden from publishing criticisms of Vietnam’s ambiguous position on the Sino-Soviet split.

Chinese sources reveal the many ways that the government put this policy in practice. On April 29, 1963, for example, the Foreign Affairs Office of the State Council instructed Chinese educational institutions to avoid having Vietnamese exchange students participate in anti-revisionist meetings and study sessions. Caution was in order, the State Council said, because the Vietnamese authorities generally knew what their students were learning in China. However, the same document stated that if Vietnamese students wanted to organize their own anti-revisionist study sessions, then this was perfectly acceptable.

There were other strong indications that China was willing to tolerate Vietnam’s neutrality at this time. In the joint communique issued by Liu Shaoqi and Hồ Chí Minh on May 16, 1963, for instance, Hồ Chí Minh did not offer any criticisms of Soviet revisionism. He recognized that the Communist Party of China and the Communist Party of the Soviet Union were the two largest parties in the socialist bloc, and said that unity between these two parties was a pillar of strength for the socialist bloc and the international communist movement. Liu Shaoqi’s signature on the communique is proof that China was compromising with Vietnam on the Sino-Soviet split.

This policy continued for several more years. Following Alexei Kosygin’s February 1964 visit to Vietnam, the Soviet Union and Vietnam published a joint communique. From the text of the document, it is clear that Vietnam did not stand with China against the Soviet Union. Nevertheless, the Chinese government was willing to look the other way. In instructions to regional authorities, the State Council said that if foreigners ask questions about the Soviet-Vietnamese communique, Chinese officials should not provide a direct response.

Why did China tolerate Vietnam’s ambiguity?

The Central Committee’s authoritative guidance of March 19, 1963 offers some clues. Although the Vietnamese did not stand with China in this “anti-revisionist” movement, and even though some leaders like Hồ Chí Minh held “mistaken” views, the CCP concluded that these problems were still an “internal” problem in the international communist movement. When the socialist world confronted “external” problems, such as American imperialism, socialist states should stand together and support one another. 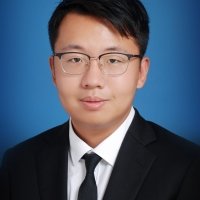 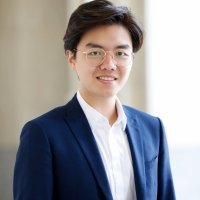