Was there a “Tacit Agreement” between China and Japan in 1972? 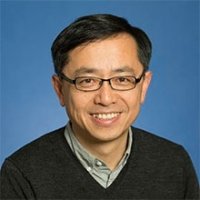 Daqing Yang explains the discrepancies between Chinese and Japanese accounts of the 1972 normalization talks.

For diplomatic historians, official documents constitute the staple of their trade where multi-linguistic and multi-archival research has become the gold standard. Historians studying the 1972 China-Japan normalization have made considerable progress thanks to the declassification of the official Japanese records of the diplomatic negotiations as a result of its Act on Access to Information Held by Administrative Organs, the Japanese equivalent to a Freedom of Information Act.

Following US President Richard Nixon’s surprise visit to the People’s Republic of China (PRC) in 1972, Japan and the PRC embarked on the negotiation that led to the establishment of diplomatic relations between the two countries and the severance of Japan’s formal ties with the Republic of China (ROC). The translated records of these negotiations show that the Taiwan issue took up most of the agenda. They also show that the wording of Japan’s apology became contentious at one point. In the talks between Japanese Prime Minister Tanaka Kakuei and Premier Zhou Enlai, the two leaders also broached the group of uninhabited islets in the East China Sea known as the Senkaku Islands (also known as the Pinnacle Islands, from which the Japanese term is derived; and known as the Diaoyu Islands in the PRC, and the Diaoyutai Islands in the ROC). According to the Japanese records, after Prime Minister Tanaka made an inquiry into the Chinese position, Zhou simply indicated he was not willing to discuss it the time, arguing that it was Taiwan and the US that made the islands an issue following the discovery of petroleum and natural gas in the vicinity. Then the two leaders moved on to the all-important task of opening embassies in one another’s countries.

China has since maintained there was a tacit agreement during the normalization talks to shelve the Senkaku Islands issue. During his official visit to Japan in 1978, Chinese leader Deng Xiaoping stated at a press conference that “at the time of diplomatic normalization both sides agreed not to touch this issue” and further suggested that the next generation would be wise enough to find a mutually satisfactory solution. Several former Chinese and Japanese officials also affirmed the 1972 tacit agreement.

In 2010, the Japanese government, under a new Democratic Party cabinet, broke its silence on the matter and denied that such an agreement—tacit or otherwise—with the PRC over the islands ever existed. In turn, the Chinese government regards Japan’s denial as a “complete breach of trust.” When the Japanese government “nationalized” several islets in 2012 by purchasing them from their private Japanese owner, China accused Japan of breaking the agreement “not to change the status quo.” To this day, the question of whether a tacit agreement existed between Chinese and Japanese leaders in 1972 and since remains a subject of hot dispute between the two countries, which in turn exacerbates the current disagreement over the islands.

In October 2012, an article published in the official Chinese newspaper People’s Daily quoted—for the first time—apparently from the Chinese records of the same conversation between Tanaka and Zhou:

Prime Minister Tanaka: I would like to use this opportunity to ask what you think of the Diaoyu Island (the Japanese call it “Senkaku” [sic]).

Premier Zhou: I would rather not talk about this issue this time. There is no benefit talking about it now.

Prime Minister Tanaka: Since I’ve come to Beijing, if I don’t even bring up this matter, I may face some trouble at home.

Premier Zhou: Yes. Because oil is found under the water, Taiwan makes a big deal out of it; now America will also turn it into a big issue.

Prime Minister Tanaka: Fine. We need not talk about it anymore. Let’s discuss it in the future.

Premier Zhou: Let’s discuss it in the future. This time let us solve the big (grave) fundamental issues that can be solved, such as the normalization of diplomatic relations. It is not that other issues are not big (grave?). What is urgent now is the diplomatic normalization. Some issues require the passage of time for us to discuss.

Prime Minister Tanaka: Once diplomatic normalization is realized, I am sure other issues can be solved.

If the quoted exchange above is authentic, the Chinese record does leave a stronger impression that an understanding was reached between the two leaders, namely, the islands constituted an “issue” that should be left for future discussion for the sake of the more urgent issue of diplomatic normalization.

Why is there such discrepancy in the records? Some Japanese scholars have offered possible explanations ranging from intentional erasure to poor note-taking at the Tanaka-Zhou talks (i.e. by diplomats instead of professional stenographers like the Chinese). Whatever the real cause, the discrepancy may offer some clues to the ongoing dispute.

Unfortunately, the Chinese government has not released full records related to the 1972 diplomatic normalization or the 1978 Deng visit to Japan. What we can read still leaves some ambiguity. The nature of a “tacit agreement” requires a delicate balance between appearance and substance. An unwritten agreement depends on the level of trust between the parties directly involved as well as institutional memories on both sides to pass it on. When the key participants are gone, the “agreement” can only survive thanks to the institutional memory within each government.

In the absence of subsequent bilateral affirmation or unambiguous records, actions or statements by one party can be seen by the other as a breach of the “tacit agreement.” Hence, Japanese observers consider China’s inclusion of the islands within Chinese sovereignty territory in its 1992 Maritime Law as a clear indication that it no longer respected the “agreement” even if it had once existed.

Still, declassification of diplomatic records can shed light on these contentious issues. In early January 2015, newly declassified British documents revealed that, in 1982, then Japanese Prime Minister Suzuki Zenko received Prime Minister Margaret Thatcher in Japan before her visit to China to discuss the future status of Hong Kong. Suzuki advised his British counterpart to speak with Chinese leader Deng Xiaoping directly, since Japan had successfully reached an agreement with Deng to maintain status quo over the Senkaku/Diaoyu and in effect shelve dispute.