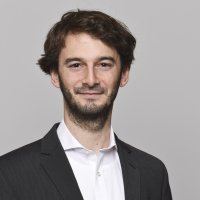 On 27 June 1975, West Germany concluded the so-called “deal of the century” with Brazil. It called for Bonn to provide the Brazilian military regime with a complete nuclear fuel cycle, including uranium enrichment and reprocessing. West Germany took a lot of criticism from the United States for the deal, as it raised suspicions that Brazil would pursue its way to a nuclear bomb with German help.

Almost exactly one year later, West Germany signed a very similar agreement with Iran. On 4 July 1976, the West German State Secretary Hans Hilger Haunschild of the Federal Ministry for Research and Technology and Akbar Etemad, Head of the Atomic Energy Organization of Iran (AEOI), signed a treaty for nuclear cooperation between their two countries. Among other items, they agreed to promote the peaceful use of nuclear energy in the area of research and development and nuclear reactor technology. The treaty paved the way for the export of two West German nuclear reactors to Iran, built by the West German Kraftwerk Union.

The treaty between West Germany and Iran did not come under similar criticism as the Brazilian deal, mainly because one important piece was missing: no sensitive technology was said to be transferred from Bonn to Tehran. The treaty only mentioned cooperation in the fuel cycle area, a very broad term. There was no note on the transfer of a complete fuel cycle to Iran, nor reprocessing or enrichment technology. It seems obvious that Bonn wanted to avoid new criticism of its very loose nuclear export policy.

But, secretly, the Shah pursued the acquisition of a complete nuclear fuel cycle, including enrichment and reprocessing. After all, Iran had signed the Non-Proliferation Treaty and for the Shah, it was a matter of principle: NPT signatories could cooperate in any field of nuclear technology.

Because Bonn did not want to be pilloried again for its lax nuclear export policy, the Shah had some convincing to do. In order to gain sensitive technology, he offered to place huge orders from the West German nuclear industry. It was a hard offer to resist for the West German government. And, unlike the Brazilian military government, the Shah did not rush his nuclear plans for enrichment and reprocessing technology

This made it possible for Bonn to find a fitting compromise in June 1976, shortly before the negotiations were completed and the treaty was signed: the treaty itself would not mention reprocessing and enrichment. These fields for cooperation would be outsourced to a secret letter exchange, and the earliest stage of such cooperation would be in 10 years. Etemad insisted on more flexible wording for the cooperation for enrichment and reprocessing technology, and agreed with Haunschild on the following:

Both sides are aware of the fact that in a later stage of the realization of the Iranian programme, when several nuclear power stations will be in operation, after consultation with the German side, it might be found necessary, for economic or practical reasons, to build uranium enrichment, or fuel reprocessing installations in Iran. … The German side is prepared to co-operate with Iran in these areas.

Of course, the treaty became obsolete in the wake of the Islamic Revolution in Iran in 1979.

This post draws on Dennis Romberg’s article “How to further develop the nonproliferation regime? West German nuclear exports to Brazil and Iran in context of US criticism,” which will appear in The International History Review (doi: 10.1080/07075332.2018.1444665).