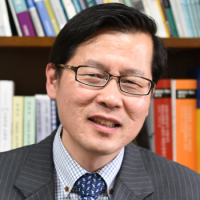 The Eighth Party Congress of the Workers’ Party of Korea was held from January 5th to January 12th, bringing together around 7,000 of the core Party faithful. Party Congresses are important because they have served as a venue in which the country’s new economic goals and foreign policy strategy are set, and also where we see large-scale turnover in Party officialdom down to the lower levels.

At the Congress, the North Korean leadership again indicated their determination to continue developing the country’s nuclear weapons capabilities, while also setting out a five-year economic development plan, and deciding the direction of policy toward the United States going forward. What is more, the Party’s bylaws were amended to recreate the General Secretary position as the top position in the Party, and there was also a significant reshuffle of the leadership as well.

Addressing North Korea’s development of nuclear weapons, submarine-launched ballistic missiles (SLBMs) and nuclear-powered submarines, North Korean leader Kim Jong Un noted that only a year after the Seventh Party Congress convoked in 2016, the country succeeded in completing a hydrogen bomb and successfully tested intercontinental ballistic missiles before announcing to the world that its nuclear weapons program was complete. He also hailed the country’s nuclear program as a massive achievement in the history of the nation. He asserted that the continued rapid development of the country’s nuclear potential represented a new and significant victory, and gave the example of the new ICBM unveiled at the October 2020 military parade held to commemorate the 75th anniversary of Workers’ Party.

Kim Jong Un went so far as to describe the United States as “the fundamental obstacle to the development of our revolution and our foremost principal enemy.” Such strong language was capped off by Kim’s assertion that “the U.S. and the real intention of its policy toward the DPRK will never change, whoever comes into power in the U.S.,” referring to North Korea by the acronym of its formal name, the Democratic People’s Republic of Korea. Kim thus went out of his way to ensure that the world does not think he has high hopes for the Biden Administration.

At the same time, Kim Jong Un set out his own views about the future of relations, saying the Workers’ Party would “approach the U.S. on the principle of answering force with toughness and good faith in kind in the future, too.”

“A key to establishing a new relationship between the DPRK and the U.S. lies in the U.S. withdrawal of its hostile policy towards the DPRK,” Kim stated.

He also assured the world that the North would act as a “responsible” nuclear power, and would not use nuclear weapons should another state not do so against them.

How the Biden Administration Should Respond

Kim Jong Un thus demonstrated a desire to further develop nuclear weapons for “defensive purposes.” Hence, the United States, South Korea, and Japan will face the even more serious nuclear threat of a North Korea armed with nuclear submarines, tactical nuclear weapons and SLBMs within half a decade, if they do not force a change of policy in Pyongyang.

The Biden Administration would best look to a range of different diplomatic approaches, including multilateral talks like a four-party talk process (with the two Koreas and China), or high-level meetings between Vice President Kamala Harris and the de facto North Korea No. 2 Kim Yo Jong (or the de jure No. 2 Choe Ryong Hae).

Such talks should focus on ensuring that North Korea ceases further nuclear weapons development and gradually reduces the size of its nuclear arsenal (say by 10 percent per year), creating a peace regime on the Korean Peninsula, improving relations between the United States and North Korea, and simultaneously relaxing sanctions against Pyongyang.

In reality, fully denuclearizing North Korea will be as difficult as making India, Pakistan, or Israel do the same: close to impossible. Thus, if negotiations fail, Washington, Seoul and Tokyo will need to create a new security strategy to overcome the imbalance caused by a region in which China, Russia, and North Korea all have nuclear weapons.

Seong-Chang CHEONG is a fellow at the Wilson Center’s Asia Program and senior research fellow at the Sejong Institute in the Republic of Korea (South Korea).