When Ukraine Abolished the Police: Lessons for America 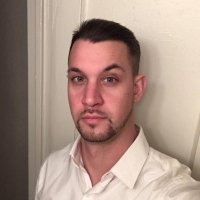 The public outrage in the United States over the killing of George Floyd has produced calls to reimagine policing, including demands to defund the police. Proponents of defunding have pointed to the town of Camden, New Jersey, whose corrupt and discredited policy force was disbanded and replaced in 2013. Activists hold up Camden as a unique example of rebuilding a troubled department, but the most sweeping police reform in the past decade has occurred in Ukraine. Currently in its fifth year of attempting to reform a Soviet-era police system, Ukraine may serve as both a blueprint for reform and a cautionary tale in the fight for greater police accountability.

During Ukraine’s Euromaidan Revolution in 2014, tens of protesters were killed by the police. After the revolution, the Ukrainian public demanded that the new government abolish the reviled Militsiya, a legacy of the country’s Soviet past. In 2015 the National Police of Ukraine was created based on the principles of democratic policing and best practices drawn from the Republic of Georgia, the United States, and the European Union.

The centerpiece of Ukraine’s police reform was the establishment of a new Patrol Police service, which received extensive Western funding and training. The new Patrol Police officers were hired almost entirely from among educated young people who had not previously served in the police. In other departments of the Militsiya that could not be as easily disbanded, a process known as “re-attestation” or recertification required nearly 70,000 former officers to undergo competitive civil service testing, complete financial audits and disclosures, submit to a polygraph, and, most radically, interview for their jobs in front of a re-attestation commission. Re-attestation commissions consisted of police officials and members of civil society, including well-known anti-corruption and human rights activists and independent journalists.

What Was Attestation?
In 2014, under pressure from civil society, the government agreed to dismantle the militia and appoint Georgian outsiders, such as Khatia Dekanoidze and Eka Zguladze, to oversee the development of the new National Police of Ukraine. New rules required members of the public to be included on attestation commissions, which were designed to determine whether former Militsiya officers were fit for service.

What Went Right
When attestation began in early 2015 in Kyiv, nearly 11 percent of the police force was purged, including 5 percent of senior leadership. The commissions conducted re-attestation hearings at several sites throughout Ukraine’s regions, not unlike South Africa’s Truth and Reconciliation Commission.

The commissions asked each individual officer several questions requiring thoughtful answers, among them:

Independent attestation committees uncovered many ethics violations and criminal acts suggesting individual officers were unfit for policing. In several instances officers in Ukraine’s Militsiya were found to own luxury cars or multiple residences, despite making on average US $5,000 a year. Activists solicited input from local communities and were able to identify notoriously brutal or corrupt officers and confront them with these accusations during the interview. After being forced to submit to polygraph tests by the attestation commission, some Militsiya officers confessed to serious crimes such as extortion, torture, and even rape. The key to the success of the early rounds of attestation was the presence of independent civil society members. It seemed that Ukraine was on the path to truly reforming its Militsiya by purging thousands of corrupt, or unqualified officers. In the end, the commissions reviewed 68,135 members of the police service and fired 5,256, or 7.7 percent of all police officers and 27 percent of managers in the police force.

Lessons of Ukraine’s Police Reform Efforts
While the final results of Ukraine’s police attestation were modest and disappointing for many involved, the inclusion of civil society members on police review commissions represented a radical step toward accountability and public oversight of police institutions and was unprecedented in Ukraine and around the world. Ultimately, although Ukraine rehired 92 percent of its former officers, thousands left the police altogether, and new hiring and personnel practices have attempted to change the culture and behavior of the police service. Although commissions were packed in many cities, a  2016 poll found that the majority of the civil society representatives involved in police attestation commissions said their work was free of external influence, and nearly half believed that the work of the commissions would increase police accountability and public trust.

In Camden, where the force of 450 was disbanded in 2013, more than 100 officers were rehired, and the public had no input into which officers could return. The disappointment with Ukraine’s experiment with police attestation was not the fault of the attestation process itself but rather of its co-optation by corrupt elements in the Interior Ministry. The capture of public commissions can be prevented by vetting public representatives so that only established and independent civil society groups are given a seat at the table.

It is unrealistic to imagine that large US police departments like the NYPD or LAPD could be disbanded overnight, but Ukraine’s example shows that large departments can be held accountable through public participation in personnel review commissions.

To reimagine policing, we must think beyond binaries of the status quo or some abstract abolition of police, and we must also reimagine civil service protections and tenure for police officers. Being a police officer is a privilege, not a right. Just as doctors, nurses, and other licensed professionals are required to undergo continuing education and accept oversight to retain their licenses, police should be regularly reviewed and assessed for their fitness by review boards that include members of the public with equal voting rights and decision-making power. More important, attestation can provide an ongoing process whereby police personnel are reviewed every few years. Even with its flaws, Ukraine’s ongoing struggle to reform its police allows us to imagine that one day American cops could sit across from community members and explain why they continue to deserve the honor of wearing a badge.