Who Was Ngo Dinh Diem? 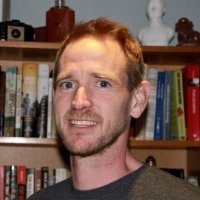 The ill-fated regime of South Vietnamese President Ngô Đình Diệm has endured many criticisms over the years. To name only a few of the worst characterizations, Diệm has been identified as an autocrat, backwards, byzantine, and a Cold War creation of the United States.

Although Diệm’s rule over South Vietnam appeared to exhibit each of one these traits at various times during its existence from 1954 to 1963, each dismissive label, in its own way, diminishes the unrealized hopes, aspirations, and possibilities of his administration.

Using archival collections in both Vietnam and the United States, it is now possible to see, from a Vietnamese perspective, what a viable South Vietnamese nation might have looked like. These sources suggest that, of the many ways that Ngô Đình Diệm could be perceived, perhaps the most appropriate is as a postcolonial leader.

Throughout the near decade he was at the helm of South Vietnam, Diệm attempted to establish a politically viable and economically sustainable nation in a Cold War world. Like many other leaders of the Global South, he faced developmental challenges left behind by decades of colonial occupation. A fervent nationalist, Diệm was determined to meet these challenges head on in such a way as to maintain as much of South Vietnam’s newly-won independence as possible.

This meant thwarting communist efforts to win the allegiance of the South Vietnamese population while simultaneously avoiding undue dependence on his principle benefactor, the United States. Lacking any industrial or manufacturing sectors upon which to base his state’s development, Diệm turned to the one resource he had in abundance: South Vietnam’s human capital. As works like Edward Miller’s Misalliance, Jessica Chapman’s Cauldron of Resistance, and Philip Catton’s Diem’s Final Failure reveal, Diệm attempted to harness this human capital by fomenting a social revolution across the South Vietnamese countryside.

At the heart of Diệm’s project was his confidence in the voluntarism of the South Vietnamese peasantry, a population that he believed would willingly sacrifice individual interest for the greater good of the community and the country.

The records of the Office of the President of the First Republic in National Archives Number 2 in Hồ Chí Minh City and the papers of the Michigan State University Vietnam Advisory Group, held by the Michigan State University Archives, offer numerous examples of how this social revolution was put into practice. One such example is South Vietnam’s community development plan officially pronounced in 1957.

As Daniel Immerwhar demonstrates, the plan drew upon a low-cost, transnational concept for spurring development that was sweeping the Global South at the midpoint of the twentieth century . The government would send an individual, with a background in sociological or anthropological training, to a particular community, where they would engage with local residents to determine their “felt needs.” This facilitator would then draw upon local human and material resources to design various development projects, which would meet the local needs. These projects ranged from agrarian reform to reconstruction of local infrastructure.

Diệm’s government, by offering to support such projects, aimed to not only boost its own legitimacy but to also successfully bind the population into the overarching nation-building process. Beginning in 1957, Diệm charged the Special Commissariat for Civic Action with implementing this plan. With the goal of transforming each community into a “model village,” the Special Commissariat was to develop capable communities, ready to contribute to the national economy through agricultural and small-scale industrial development (depending on the “family economics” of the village). Under the guidance of Civic Action cadres, the village population would do the work for each project which, where necessary, would be supported by the financial and material assistance of the village, province, and requisite government organ (such as the Ministry of Agriculture or Land Development). As more trained cadres became available, new projects would be initiated in other districts, while previously formed teams would be free to assist with other projects once their initial work had become self-sustaining.

In the end, these efforts came to naught. The Special Commissariat for Civic Action was perpetually undermanned and, at times, suffered from association with some of the regime’s more draconian practices. Ngô Đình Diệm’s broader vision for a viable and independent South Vietnamese nation likewise foundered.

Yet the failure of the community development projects does not mean we should overlook Diệm’s efforts to transform the South Vietnamese state and its society. Archival materials, in locations as disparate as Hồ Chí Minh City and East Lansing, Michigan, demonstrate that Diệm was a postcolonial leader who had national ambitions that transcended Cold War geopolitics. While firmly embedded in the camp of the United States, he did not want to be beholden to it.

In addition to winning the allegiance of the South Vietnamese population, Diệm had a plan to create a nation capable of pursuing its own destiny—a plan dealt with at greater length my new book, Vietnam’s Lost Revolution: Ngô Đình Diệm’s Failure to Build and Independent Nation, 1955-1963.