Why did Mao Shake Hands with Nixon? Good Americans, Bad Americans, and the US-China Rapprochement 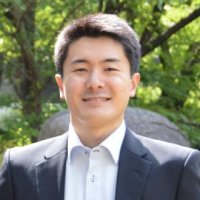 On February 22, 1972, the People’s Daily printed a picture of Chairman Mao shaking hands with Richard Nixon. How could Mao pull off such a stunt after two decades of intense anti-US propaganda?

This February marks the 50th anniversary of Richard Nixon’s 1972 trip to the People’s Republic of China. The visit was world-changing. Although the Americans and the Chinese wrangled over many things for seven days, not least the status of Taiwan, ruled by the Republic of China, they eventually signed the Shanghai Communiqué, which stated that the two countries no longer considered each other an enemy. The Cold War in East Asia was coming to a close.

An American proverb goes: “Only Nixon could go to China.” Even with the same conviction as his – “There is no place on this small planet for a billion of its potentially most able people to live in angry isolation” – a Democratic president might not have been able to fly to China for fear of political repercussion. A well-known anti-communist, Nixon could do so without arousing too much conservative wrath. He even won a landslide victory during the 1972 presidential race.

If Nixon’s televised announcement of his trip to China dazzled Americans, the Chairman of the Chinese Communist Party Mao Zedong’s invitation to “the most reactionary person in the world” baffled Chinese.[1] Beijing’s propaganda machine had instructed the masses to hate US “imperialists” for more than twenty years. On February 22, 1972, however, the People’s Daily printed a picture of Mao’s handshake with Nixon, which must have confused countless readers.

The fundamental cause for this about-face was national security. The deterioration of Sino-Soviet relations in the 1960s climaxed with the border conflicts of 1969. Sensing the imminent threat of Soviet invasion, Mao decided to improve Sino-American relations as a hedge. He struck a deal with the lesser evil to fend off the greater evil.

But how could Mao pull off such a deal after two decades of intense anti-US propaganda?

Historians point to the end of the Cultural Revolution, a nationwide political campaign instigated by Mao in 1966. Red Guards – revolutionary students who devoutly followed the chairman’s orders – wreaked havoc on both urban and rural China. When Mao found the movement getting out of control, he declared its conclusion in 1969. The unwinding of Mao’s last revolution enabled the chairman to shake hands with Nixon, something unimaginable just a few years before.

The handshake, however, also marked an important continuity from the previous decade.

When the Vietnam War escalated in 1964-1965, the “Resist America, Aid Vietnam” campaign engulfed China, and “US aggressors, get out of Vietnam” became a mantra that could be heard anywhere. The campaign lighted the fuse of the Cultural Revolution. Posturing as apostles of Chinese revolution, Red Guards pledged to fight in Vietnam once ordered by Mao.

Paradoxical as it may sound, this enmity toward US “imperialists” coexisted with affinity for American “friends” in the Chinese mind. With the Vietnam War threatening a showdown with the United States, Beijing tried to accentuate the distinction between the “reactionary” US government and the good American people who resisted it. Americans could be “friends” if they loathed US “imperialists” as vehemently as Chinese did.

Beijing made countless “friends” with antiwar protestors. They seemed to personify the Chinese pipe dream that Americans who were “awakened” would one day topple the government in a socialist revolution. When tens of thousands of young Americans picketed in front of the White House in 1965, the People’s Daily enthused: “Facts opened the eyes of the American people, making them realize… that US monopoly capital and the US government serving it are the real enemies of the American people.”[2]

More explicitly “friendly” to China were militant African American civil rights activists who adopted Mao’s teachings in their armed resistance against white supremacists. Robert F. Williams, author of Negros with Guns, for example, lived in exile in Beijing between 1966 and 1969, publishing his newsletter The Crusader and extolling liberation struggles around the world, led by China. Inspired by Williams, members of the Black Panther Party waved Quotations from Chairman Mao Zedong, or “Mao’s Little Red Book,” near the University of California, Berkeley.

When Beijing began to allow more Americans into its territory at the beginning of the 1970s, it prioritized left-leaning individuals who could easily be “friends.” The Committee of Concerned Asian Scholars (CCAS), consisting of young scholars of Asian studies who criticized the academia’s reticence about US “imperialism” in Vietnam, was one of the first groups to be regaled in China. Their book, China! Inside the People’s Republic, documented life under Chinese socialism in positive light.

When the CCAS delegation visited the city of Tangshan in Hebei Province, the Chinese hosts held a banquet for the American guests. What stood out among many Chinese dishes was a special cake, with icing spelling out four Chinese characters: “da dao Mei di,” or “Down with US imperialism.” Chinese “friendship” was glowing on the table.

This friendship, though largely imagined, warranted expanding contacts with Americans. At the 1971 Table Tennis World Championship in Nagoya, Japan, Beijing extended a surprise invitation to the American team for a tour of China, which was covered extensively by US media. “Ping-Pong diplomacy” was a stunning success, which not only paved the way for Nixon’s trip, but also caused a sensation around the world. The Chinese were convinced that similar initiatives would further “mobilize the American masses.”[3]

Mao’s handshake with Nixon, therefore, did not take place in a historical vacuum. In Beijing’s logic, the handshake was a victory, not a defeat. It was not imposed by the Soviet threat as widely analyzed in the United States, but achieved by the “friendship” between Chinese and Americans who fought US “imperialists” together for many years. The gradual expansion of people-to-people exchanges that soon followed seemed like a natural extension of this trend.

If Nixon was welcome in China, so was anyone. Beijing even invited Americans they deemed “rightists,” including lawmakers, journalists, and business executives, vowing to turn as many of them as possible into “friends.” As it turned out, however, incessant propaganda alienated rather than impressed most of them. It was only after Mao’s death in 1976 that the Chinese, officials and non-officials, redefined “friends” as those willing to assist China’s modernization.

Nixon’s trip to China ushered in a new era, in which “engagement” – now under heavy criticisms – guided US policy toward China. But the terms of the new bilateral relationship were disputed from the beginning because the Americans and the Chinese viewed the rapprochement differently. To unravel the origins of the problems facing US-China relations today, we need to understand why Mao shook hands with Nixon fifty years ago.

Kazushi Minami is Associate Professor (U.S. equivalent of Assistant Professor) at the Osaka School of International Public Policy, Osaka University, where he is completing a book on "people's diplomacy" between the United States and China during the Cold War.