Why Energy Reform in Ukraine Matters for European Regional Security

Russia is developing new ways of delivering gas to EU. These new pipelines will decrease the importance of the Ukrainian route, resulting in a long list of losses for the country. Ukraine’s government wants to retain the country’s status as a gas transit country. However, Russia’s cooperation will be needed to continue to move gas to the EU through Ukraine. So this issue should be negotiated among the EU, Ukraine, and Russia.

Russia is among the most important energy suppliers of the EU. In 2015 it provided 25.8 percent of the EU’s solid fuel, 27.7 percent of its oil, and 29.4 percent of its natural gas imports. Those are rather impressive percentages, especially if one takes into account that the EU’s energy self-sufficiency is only about 46 percent, so it must import the rest.

The transit countries between the EU and Russia play an important role in the energy supply chain. One-third of all of Russia’s energy supplies to the EU go through Ukraine. And for many years this route was the main one for Russia.

In 1999 and 2011 new pipelines, the Yamal-Europe and Nord Stream, were built that bypassed Ukraine. As a result, Ukrainian gas transit decreased. Nonetheless, the Ukrainian route is of critical importance. For instance, in 2014 three countries received some of their Russian gas and thirteen countries received all of their Russian gas via Ukraine; in total, about 70 billion cubic meters (bcm) of gas were supplied to the EU through Ukraine.

When the even newer transit routes now under construction come on line, the role of Ukraine will change radically. Russian companies have started work on two new pipeline projects that bypass Ukraine, Nord Stream 2 (with a total capacity of 55 bcm) and Turkish Stream (31.5 bcm). When those pipelines start operating (both are expected to be ready by the end of 2019), the Ukrainian transit route will lose its critical role for Europe. The Kremlin seems to be preparing for this eventuality as the current Russian-Ukrainian gas transport contract expires in 2019. And the future of the Ukrainian gas transit system remains unclear.

Ukrainian gas transit is not only about a source of income for Ukraine’s budget. It has given Ukraine leverage on Russia, and also shored up EU-Ukraine interdependence and cooperation on common energy security issues.

Ukrainian gas transit is not only about a source of income for Ukraine’s budget. It has given Ukraine leverage on Russia, and also shored up EU-Ukraine interdependence and cooperation on common energy security issues. Elsewhere I have suggested that this critical interdependence somehow restrained the Kremlin from completely destabilizing the situation in Ukraine after the armed conflict commenced in 2014. In the case of further escalation of hostilities, the existing pipeline could be damaged or ruined intentionally. That would leave Europe frozen and Russia without revenues.

So Ukraine has a legitimate interest in remaining an important gas transporter. This means that Kyiv is extremely interested in blocking the new pipelines that bypass its territory. The question is how to persuade both Russia and the EU that the Ukrainian gas-transporting system is reliable and reasonable to use in the future.

Ukrainian gas transit works in the interests of the EU. The new pipelines go through seas and seismic zones; they can be interrupted by natural causes and pose huge ecological damage for all of Europe. Also, the EU must be interested in mutual interdependency with Ukraine. Ukraine can be an important player in making EU countries less dependent on Russia, whose recent aggressive acts—in Georgia, Ukraine, and the West—showed the need for common security in all spheres. It is only reasonable to expect that the EU would be interested in a safe and predictable environment on its eastern border.

The above does not necessarily mean that new, mutually advantageous projects undertaken by the EU and Russia should be totally excluded. But the role of the Ukrainian gas transit system should remain a priority for the EU and its member states bordering Russia. Here the EU should show solidarity with its member states and Ukraine.

Recently the Ukrainian president has expressed the idea that Russian gas supplied to the EU should be traded not at the EU-Ukraine border but at the Ukraine-Russia border. This change would produce a benefit for all sides, including Russia.

In this regard, Kyiv has come up with some new initiatives. Recently the Ukrainian president has expressed the idea that Russian gas supplied to the EU should be traded not at the EU-Ukraine border but at the Ukraine-Russia border. This change would produce a benefit for all sides, including Russia. For the EU it would mean that European companies would have a bigger role in the functioning of the Ukrainian gas-transmitting system and the EU could therefore have more confidence in the reliability of supplies transported through Ukraine. Ukraine would sustain its role of important player in European gas deals.

Moscow did not express any interest in changing the established rules and trading gas at the border with Ukraine. But the market for natural gas has changed drastically in the past five years: the share of liquefied natural gas (LNG) has expanded, the European network of pipelines has provided better connection between states, and new important exporters, such as the United States, have taken larger positions in the market. Additional changes along these lines in the future could threaten Russia’s dominance as a European energy supplier. That’s why a deepening collaboration with European gas-transporting countries and use of the existing Ukrainian gas-transporting system (along with other existing and new pipelines) could help Russia in the future salvage its role as an EU gas supplier.

In support of this proposition, on September 8, 2017, Ukraine’s Naftogaz invited European companies to ensure the efficient operation of the Ukrainian gas-transmitting system and even announced a list of companies interested in collaboration. On September 16 Maroš Šefčovič, a vice-president of the European Commission in charge of Energy Union, responded that the EU is ready to support Ukraine as a key gas transit state, but Kyiv must offer more attractive conditions of cooperation for foreign investors.

The participation of European companies in Ukraine’s gas-transporting system is possible only if the Ukrainian gas market works in full accordance with European rules. And the main sticking point in this case is the unbundling of the biggest energy operator, Naftogaz, by devolving its various functions as gas extractor, transporter, and trader to separate independent companies.

The process was kicked off with the new gas market law adopted in 2015 in Ukraine. Naftogaz’s subsidiary UkrTransGaz (a state-owned company responsible for gas transmitting in Ukraine) was required to be split into two independent companies to store and transit gas. But up till September 2017 no significant progress had been made in this unbundling. Earlier the Energy Community secretariat had a few times expressed (e.g., in May 2016 and in September 2017) concern over the slow progress being made.

Because of ongoing disagreements between Naftogaz and parliament, which I reported on earlier, new arguments can be helpful in speeding up the unbundling. Timeliness and the EU’s energy security concerns form the basis of two such arguments.

The current Russian-Ukrainian contract for gas transit expires in December 2019, leaving less than two years for the EU, Ukraine, and Naftogaz to prepare for future changes in the energy triangle. Facing this challenge, Kyiv must increase efforts to ensure further strategic collaboration between the EU and Ukraine and start negotiations over a new contract with Gazprom. These efforts can be realized and bear fruit, however, only if EU representatives demonstrate a deep interest in the project and insist on this scenario as a means of diversifying gas delivery routes in order to achieve greater energy supply security. 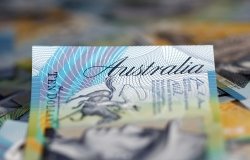