Ukrainians traditionally have a very low level of trust in authorities. And, despite a short-lived burst in trust at the start of President Zelensky’s term in office, a recent poll shows that this tradition continues. Among the least trusted government institutions is the Public Prosecutor’s Office: 73 percent of Ukrainian survey respondents do not trust it. A recent reform of this office notwithstanding, the institution is riddled with problems, as a result of which the general public believes it is unable to protect public interests effectively.

From the outside, it may seem that Ukraine’s law enforcement system has been significantly improved. After six years of reforms, Ukraine now has a reformed police service, General Prosecutor’s Office, National Agency for Prevention of Corruption, National Anti-Corruption Bureau, Specialized Anti-Corruption Prosecutor’s Office, State Bureau for Investigations, and the Anti-Corruption Court. Thus, despite various drawbacks during the process and some lack of coordination in these agencies’ work, on the surface, the law enforcement system might seem to be moving in the right direction.

However, the reality is less rosy. The Public Prosecutor’s Office remains virtually toothless. A long tradition of political dependence, prosecutors’ questionable competence, legislative barriers to prosecutorial consistency, and even corruption mean that the public interest is insufficiently defended in Ukraine.

The political dependence of general prosecutors and the public prosecution system has likely always been a prominent feature of the Ukrainian political system. The prosecution typically was loyal to acting politicians and became dysfunctional after the top officials lost their positions. Thus the Kuchma-era officials were investigated during the presidency of Viktor Yushchenko, but they were never brought before a court. During Viktor Yanukovych’s presidency, most of the corrupt officials from the previous administration enjoyed life without fear of punishment. (Only Yuliya Tymoshenko and Yuriy Lutsenko, ex-prime minister and ex-minister of interior, were jailed as a result of “selective justice.”) Former president Poroshenko is himself the subject of several investigations, but there is no chance that any of these will lead to a strong court case.

All these cases—investigated, announced to the press, and widely discussed—are forgotten with time. The long tradition of politically motivated or otherwise fruitless prosecutions leaves citizens without answers and elites unburdened with responsibility for their alleged crimes.

Unfortunately, the key requirement for appointment to the position of general prosecutor has been loyalty to the president, not excellence in defending the public interest. In a young and unstable democracy, authorities will always be tempted to use the law enforcement agencies against their opponents.

However, if only top-ranking prosecutors can risk being politically dependent, the problem with lower-level prosecutors is their incompetence. The Ukrainian public prosecution system is now going through its second major reform since the Revolution of Dignity six years ago. The aim of the current reform is the same as the aim of the previous one: to cleanse the system of corrupt and unprofessional prosecutors. From many sources I know that with each new reform effort, it is not only unqualified public lawyers who leave. The prosecution service also loses capable professionals unwilling to go through yet another rules change.

For a professional lawyer, it is much more lucrative to work in the private sector as an advocate than as public prosecutor mired in a system incapable of effectively fighting injustice and corruption. Tellingly, the number of lawyers in private practice almost doubled from 28,000 in 2014 to 53,000 in 2019, and one of the biggest sources of these new private sector lawyers was the Public Prosecutor’s Office. Moreover, the move into the private sector cannot simply be attributed to a higher income potential. Many public prosecutors leave because of the system’s inefficacy and disappointment with the incompetence of their colleagues. As a result, the public prosecution gets weaker and less effective in executing its mandate.

The procedural burden on public prosecutors means that cases of similar severity may see vastly different outcomes, some without ever going before a judge. In particular, prosecutorial procedures and responsibilities in Ukraine make it difficult to convict a person who has committed a crime, and the lack of smart, professional prosecutors just makes the problem worse. The professional lawyers who made their exit from the public prosecution system knew how to navigate the system and prevail in a lawsuit, even if the weight of evidence disadvantaged the accused person. Those remaining, and new ones entering the system, often lack such insights.

The responsibilities of prosecutors in a given case are extensive, and missteps can sink the case and allow persons accused of crimes to go free without a case adjudication. Cases typically are based on the initial work of police investigators, who are hugely overworked—in big cities a single investigator may be pursuing up to 300 cases simultaneously. The prosecutors then make the decision on charging a suspect and must continually check that the legal proceedings are in compliance with the criminal procedural code. If procedural mistakes are made, the case can be lost in court; the guilt or innocence of the accused becomes irrelevant. Moreover, the investigation period is limited, and courts may restrict temporal extensions. All these factors seriously impede a public prosecutor’s ability to fight for the public interest and good.

On top of the above issues, the public prosecution is vulnerable in terms of corruption. For a professional prosecutor who knows where the fault lines in complex procedural legislation lie, it is quite easy to derail an investigation and get criminal charges dismissed, sometimes in exchange for a bribe. My sources have described some strange “market relations” among accused persons, the police, and prosecutors. And if the criminal case against the accused is strong, then the “legal market” might involve judges to help criminals sanitize their reputation in court.

The Public Prosecutor’s Office is one of the key institutions mandated to defend the public interest in court. However, with all the issues surrounding the office, the public prosecution remains hobbled by systemic corruption and leaves a legally undefended citizenry. The public prosecution has yet to become independent, competent, and effective in pursuing cases before a just court. 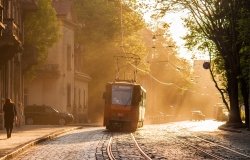