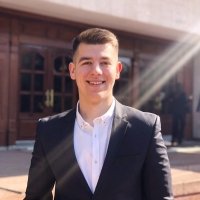 On the campaign trail, presidential candidate Volodymyr Zelenskyy said multiple times that he would strike a peace deal during his presidency. He used as an electoral weapon people`s desire to have not just a stable life but also a peaceful one. Even though the war in the East, confined as it is to one region, does not interfere directly with the daily activities of many Ukrainians, ending the bloodshed continues to be a widely shared national goal. Negotiating with the devil as a way to bring peace, mentioned in a pre-election interview by Zelenskyy, is just a different face of candidate Petro Poroshenko’s 2014 promise to “end the war in two weeks” through force—different means, both difficult, to the same end.

To a negotiation-minded president, the December 9, 2019, Normandy Four summit in Paris should have served as a turning point: a bilateral meeting with Putin was expected to provide a way out of the deadlock. Zelenskyy wanted to demonstrate that, unlike Poroshenko, he could reach an effective peace agreement.

Though the Paris summit mostly served to show how far apart the parties were, and certain basic steps were not taken—the cease-fire wasn`t assured, let alone expanded, as Zelenskyy wished, and no date was set for the next meeting of the Normandy Four—the talks did help, in a small way, to revitalize the peace process. However, no real progress was made. In particular, President Putin did not commit to withdrawing aid from Russian-backed insurgents on Ukraine’s soil.

One proposal that did emerge from the meeting, however, fell outside the norms expected by Ukrainians of such negotiations. As long as President Zelenskyy’s progress aligned with acceptable measures such as prisoner exchanges or negotiations with Putin, it was perceived as “normal.” But the proposal to create a so-called “advisory council” within the Trilateral Contact Group for resolving the Donbas crisis was anathema. The proposed council would give Russia the same status of observer as enjoyed by Germany and France, even though Russia is the aggressor in the conflict on Ukraine’s territory, and would allow Russia’s representatives from the non-controlled territories in Donetsk and Luhansk to have seats at the negotiation table on par with Kyiv’s lawful representatives.

The proposal to create an advisory council was immediately opposed by Ukrainian society and even by some members of Zelenskyy`s party. Chiefly, such an arrangement would move the balance of power in Russia’s favor. Further, accepting Russia’s proxies from parts of Ukraine as bona fide negotiators rather than Russia itself would undermine Ukraine’s claims that Russia’s actions on Ukrainian territory are illegal. International recognition of the illegality of Russia’s behavior has been the basis for the international aid delivered to Ukraine and the sanctions against Russia.

Kyiv has not yet signed the proposal to create such an advisory council. In response to pushback, Zelenskyy has said that if the Minsk format proves ineffective, his team will come up with something else.

Russia is anxious to see the council formally established. In an April 2 press release from the Ministry of Foreign Affairs, Russia accused Germany and France of deliberate foot-dragging. Behind closed doors, Moscow might also have urged Kyiv to make its move. Usually the Kremlin would say that Ukraine isn’t showing any willingness for peace, but this time is different. Though Russia has a clear preference in the matter, this time, it seems to this writer, Moscow is signaling that Zelenskyy can move either way.

The responsibility thus now falls on Zelenskyy’s shoulders. Unable to end the war, he can still make decisions to advance the peace process. But by delaying, Ukraine risks losing European support. With time, Ukraine’s president—whoever it is—will have to face a new pro-Russia generation in Donetsk and Luhansk. This is the expected result if Kyiv cannot break the ice of the frozen conflict.

For Zelenskyy, achieving a peaceful end to the conflict in the Donbas is not only a way to leave his mark in the history books, it would also be a significant milestone in his political life. Even though Zelenskyy was elected primarily as the person voters thought most likely to improve their economic welfare, his ability to bring about peace will be the single most important criterion on which he is judged, should he choose to run for a second term. Serhiy Trofimov, deputy head of the presidential administration, has implied that Zelenskyy would run again for president if people wanted him to.

Since Zelenskyy’s peace can’t meet the needs of all his voters, the story won’t have a happy ending. Zelenskyy was primarily perceived by voters as an alternative to the “old elites,” as offering a chance to transform the system, not as a candidate with the best peace strategy. Zelenskyy managed to draw support from the left and right, from pro-European and pro-Russian voters, and from ones who wanted to see Ukraine as the “Switzerland of Eastern Europe.”

Paradoxically, it would be much better for Zelenskyy to play the role of a strongman and not take real action to end the war. In Ukraine’s situation, “real action” would entail determining which concessions Ukraine would have to accept. Maintaining the status quo is an acceptable option if peace cannot be achieved.

But even theoretically, Kyiv cannot restore the 2013 status quo. A new peace would in any case imply making unwanted concessions, difficult choices, and living in a reality much different from the old one. Consequently, the peace of Zelenskyy won’t match the expectations of all those different Ukrainians who voted him into office.

Betrayal, apostasy, treason, dissimulation—any of those terms could be used to characterize any provision of any peace deal reached by Zelenskyy. A peace deal may even cost him a second term. Ultimately, it is up to Zelenskyy to decide whether he wants to be remembered as a ruler who ended the bloodshed or as a politician who put his own interests first.

Viktor Karvatskyy is CEO of the Ukrainian foreign policy think tank ADASTRA and a Kyiv-based author and analyst of international relations, international law, international energy. For the past three years, he has been writing about the Middle East, the EU, and international public law.