Argentina's Missing Bones: Revisiting the History of the Dirty War 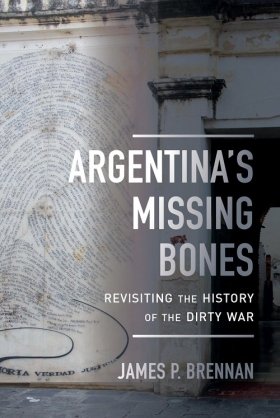 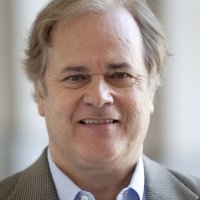 Argentina’s Missing Bones is the first comprehensive English-language work of historical scholarship on the 1976–83 military dictatorship and Argentina’s notorious experience with state terrorism during the so-called dirty war. It examines this history in a single but crucial place: Córdoba, Argentina’s second largest city. A site of thunderous working-class and student protest prior to the dictatorship, it later became a place where state terrorism was particularly cruel. Considering the legacy of this violent period, James P. Brennan examines the role of the state in constructing a public memory of the violence and in holding those responsible accountable through the most extensive trials for crimes against humanity to take place anywhere in Latin America.

Chapter One: Threats: Apostles of the New Order

Chapter Five: Transnational Dynamics: The Cold War and the War against Subversion

Chapter Six: Five Trials: Public Reckonings of a Violent Past

Chapter Eight: Assigning Blame: Who Was Responsible for the Dirty War?

“This book is impressive and useful, a clarifying study of the origins, course, and legacies of state terror in the city of Córdoba, a center of industrial upheaval and student activism in the 1960s and 1970s. Building on deep research into these painful years, James Brennan produces what is likely the first integrated account of social protest, state terror, and struggles for justice and memory afterwards.”—Mark A. Healey, author of The Ruins of the New Argentina: Peronism and the Remaking of San Juan after the 1944 Earthquake

“James Brennan’s powerful book sheds new light on the horrors of Argentina’s infamous dictatorship. Grounded in research with recently released state documents, legal records, and interviews, Argentina’s Missing Bones reveals the goals and methods of military-led repression in sharper clarity than ever before. It profiles the campaigns of extermination aimed primarily at workers and students in Córdoba, a region of Argentina considered both a center of Catholic traditionalism and industrial modernity. With impressive skill, Brennan situates this history within local, national, and global frames of reference, thereby providing bold insights on questions such as why military agents reacted with such brutality to Córdoba’s activists and how wider Cold War ideas and practices shaped dictatorship on the ground in Argentina. For all the thoroughness of his research and engagement with big interpretive debates, Brennan’s book never lets us forget the human dimension of these trends and the individuals who died, suffered, and survived this era.”—Eduardo Elena, University of Miami

“Argentina's Missing Bones is a beautifully written, often heartbreaking account of the dirty war in Córdoba. Brennan is clearly a master of the scholarship relevant to each facet of this study. In so many ways, this is a wise, intelligent, balanced book.”—Stanley Brandes, author of Skulls to the Living, Bread to the Dead: The Day of the Dead in Mexico and Beyond