Cities after the Fall of Communism: Reshaping Cultural Landscapes and European Identity 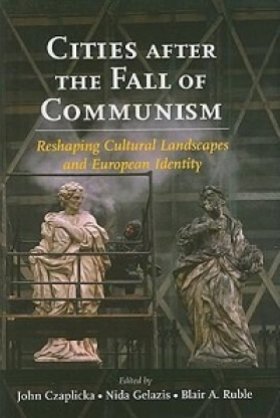 Cities after the Fall of Communism traces the cultural reorientation of East European cities since 1989. Analyzing the architecture, commemorative practices, and urban planning of cities such as Lviv, Vilnius, and Odessa, the contributors to this volume demonstrate how history may be selectively re-imagined in light of present political and cultural realities. These essays show that while East European cities gravitate nostalgically toward Habsburg, Baltic, Imperial Russian, and Germanic pasts, they are also embracing new urban identities grounded in ethnic-national, European, Western, and global contexts. Ultimately, the editors argue that one can see a “New Europe” taking shape in these cities, where a strained discourse between different versions of the past and variously envisioned futures is being set in stone, steel, and glass.

Introduction: What Time Is This Place? Locating the Postsocialist City
Nida Gelazis, John Czaplicka, and Blair A. Ruble

Part I. European Cities Old and New: Recreating Medieval Histories
1. The Changing Face of Vilnius: From Capital to Administrative Center and Back
Irena Vaisvilaite
2. The Novgorod Model: Creating a European Past in Russia
Nicolai N. Petro
3. Wroclaw’s Search for a New Historical Narrative: From Polonocentrism to Postmodernism
Gregor Thum

Part II. Architecture and History at Ports of Entry
4. Mapping Tallinn after Communism: Modernist Architecture as Representation of a Small Nation
Jörg Hackmann
5. The Persuasive Power of the Odessa Myth
Oleg Gubar and Patricia Herlihy
6. Traveling Today through Sevastopol’s Past: Postcommunist Continuity in a “Ukrainian” Cityscape
Karl D. Qualls
7. Locating Kaliningrad/Königsberg on the Map of Europe: A “Russia in Europe” or a “Europe in Russia”?
Olga Sezneva

Part III. Cities at a New East-West Border
8. Kharkiv: A Borderland City
Volodymyr Kravchenko
9. L’viv in Search of Its Identity: Transformations of the City’s Public Space
Liliana Hentosh and Bohdan Tscherkes
10. Lódz in the Postcommunist Era: In Search of a New Identity
Joanna Michlic
11. Szczecin’s Identity after 1989: A Local Turn
Jan Musekamp

Conclusion: Cities after the Fall
Nida Gelazis, Blair A. Ruble, and John Czaplicka

“Speaks not only to present-day policy debates in Eastern Europe but to broader disciplinary questions about the nature of history.”—Stephen Bittner, Sonoma State University

“This is an excellent, novel, timely, and sophisticated book which represents an authentic contribution to the field. It should interest specialists, as well as other readers interested in urban and regional history, post-socialist transformations, and the construction of cultural identity.”—Sonia Hirt, Virginia Polytechnic Institute and State University

“The articles in this thought-provoking study all attempt to describe and explain the ways in which post sociolist cities in Eastern Europe have recreated themselves since the fall of the Soviet Union.… The variations are striking.”—Reference and Research Book News

“Those interested in the emerging forms of post-Soviet societies, as well as collective memory, the used of history, and the preservation and creation of cultural landscapes will find this book useful.”—Choice

“The editors deserve immense credit for compiling a volume of essays that share a number of common themes, which are clearly laid out in the introduction and conclusion.… The volume captures this sense of opportunity well, and it demonstrates how and why people seized this opportunity in a variety of ways. The book will be of great interest to scholars of postcommunist Europe and urban historians and could be assigned to undergraduate and graduate students.”—Chad Bryant, Slavic Review

“Cities after the Fall of Communism is a valuable book, one that breathes despair here and there, but also fascination with the dynamism and survival instincts of so many people looking for new ways to organize and identify themselves.”—Kristof Van Assche, Canadian Slavonic Papers 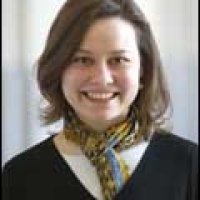 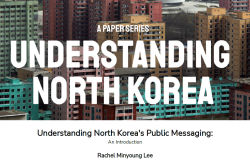 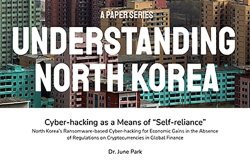