Connecting Histories: Decolonization and the Cold War in Southeast Asia, 1945–1962 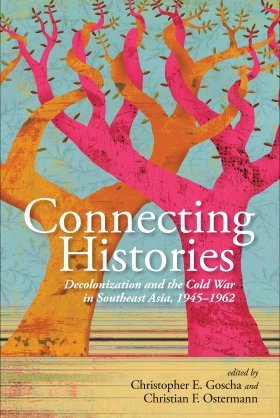 Connecting Histories: Decolonization and the Cold War in Southeast Asia, 1945–1962 draws on newly available archival documentation from both Western and Asian countries to explore decolonization, the Cold War, and the establishment of a new international order in post-World War II Southeast Asia. Major historical forces intersected here—of power, politics, economics, and culture on trajectories East to West, North to South, across the South itself, and along less defined tracks. Especially important democratic-communist competitions sought the loyalties of Southeast Asian nationalists, even as some colonial powers sought to resume their prewar dominance. These intersections are the focus of the contributions to this book, which use new sources and approaches to examine some of the most important historical trajectories of the 20th century in Burma, Vietnam, Malaysia, and a number of other countries.

I. Western Trajectories into Southeast Asia
1. Recasting Vietnam: The Bao Dai Solution and the Making of the Cold War in Southeast Asia
Mark Atwood Lawrence
2. Containment and the Challenge of Nonalignment: The Cold War and U.S. Policy toward Indonesia, 1950–1952
Richard Mason
3. Avoiding the “Rank of Denmark”: Dutch Fears about Loss of Empire in Southeast Asia
Anne L. Foster
4. Processing Decolonization: British Strategic Analysis of Intelligence on Vietnam and Indonesia, 1945–1950
Martin Thomas

“Goscha and Ostermann have assembled a remarkable collection of essays that represent a stimulating complement to the emerging scholarship of new Cold War history…. Overall, this is a refreshing, insightful examination of a part of the world often neglected in historical accounts detailing the early years of the Cold War…. Highly recommended.”—C. G. Frentzos, Choice

“All in all, this volume is a truly indispensable work for those studying modern Southeast Asian history or Cold War history. Its contributors have done extensive research in various—American, British, French, Russian, and Chinese—archives, and its bibliography is composed of a wide range of secondary sources published in ten languages. To the credit of its editors and contributors, this book brings new perspectives into scholarship in a remarkably non-polemical way.”—Balazs Szalontai, H-Soz-u-Kult

“Connecting Histories is an important resource on an underexamined subject, namely the intersection in Asia of the East-West struggle and the North-South struggle during the two decades after 1945. An authoritative, consistently illuminating study.”—Fredrik Logevall, Cornell University

“The roster of contributors comprises a broad, international cast of top established and younger scholars, and the scope of the book is bold and imaginative. This volume has the potential to be a model volume of the new international history.”—Robert McMahon, The Ohio State University