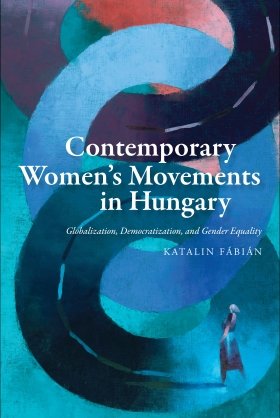 As the first and only book in any language on contemporary women’s movements in Hungary, this groundbreaking study focuses on the role of women’s activism in a society where women are not yet adequately represented by established parties and political institutions. Drawing on eyewitness accounts of meetings and protests, as well as first-person interviews with leading female activists, Katalin Fábián examines the interactions between women’s groups in Hungary and studies the unique brand of democracy they have forged in postcommunist Eastern Europe. Through her analysis, she demonstrates how democratization and globalization—with their attendant range of challenges and opportunities—have led women to redefine public-private divides.

Katalin Fábián is an associate professor of government and law at Lafayette College. She was an East European Studies Title VIII scholar at the Woodrow Wilson Center in 2005.

1. Introduction: The Connections between Women’s Activism, Globalization, and Democracy in Hungary

2. The Significance of Gender after the Regime Transitions

3. The Gender Disparity of Political and Economic Developments in Postcommunist Central and Eastern Europe

4. Making an Appearance: The Formation of Women’s Groups in Hungary

5. The Organizational Characteristics of Women’s Groups: Influencing and Influenced by Democratization

6. Women Activists’ Beliefs about Gender Equality and Politics: Is There a Base for Substantive Democracy?

7. Quiet Riot: The Activities and Impact of Hungarian Women’s Groups along the Democratic Continuum

8. Bridges across the Public/Private Divide: The Welfare-Related Activism of Hungarian Women after 1989

9. Combating Violence against Women: The Interaction of Global Networks with Local Activism in Postcommunist Hungary and Central and Eastern Europe

Appendix A: Contemporary Women’s Groups in Hungary, 1989–2008
Appendix B: Information on Composite Indices
Appendix C: TAVASZ’s Call for a Demonstration by People with Baby Carriages, May 31, 2007
Appendix D: Leaflet for the Signature-Collection Campaign for Domestic Violence Legislation in Hungary, 2002

“The core of this well-conceived book presents an important argument about not only how women’s concerns were marginalized after 1989, but also about how the rhetoric on globalization, democratization, freedom, and economic growth, as well as women’s desire to act, implicated their activism in Hungary.”—Joanna Regulska, Rutgers University

“The scholarship is superior. I do not think there is any other book which combines all the different aspects of gender and postcommunism in such a comprehensive way.”—Nanette Funk, Brooklyn College