Migration as a (Geo-) Political Challenge in the Post-Soviet Space 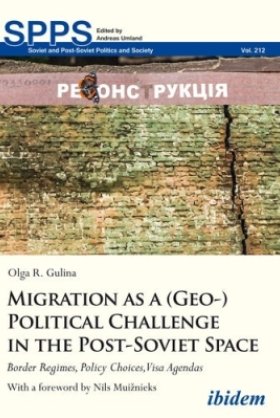 Over the last three decades, migration management in the newly independent states which emerged from the ruins of the USSR in 1991 has become a tool for staking out zones of influence, a winning slogan for election campaigns, and a handle on the domestic population. Such an instrumentalization of migration is widespread in all post-Soviet republics. (Geo-)political games around migration issues are also a mechanism of foreign influence and a method of destabilization across the former USSR as well as an apology for slowing down reforms and even for transforming their character or vector.

The ruling elites of the newly independent states exploit, with different degrees of intensity and success, institutions and rules of migration laws, including the granting of citizenship, asylum, temporary and permanent residence authorization, etc., in order to advance certain foreign and domestic policies. The directions of various post-Soviet nations’ migration policies—be they pro-European, pro-Asian, or pro-Russian—are informed less by a pursuit of cultural, historical, or economic advantages for the respective countries and their populations than by the dynamics of geopolitical rivalry and often by the principle “either an ally or a rival; there is no middle ground.”

This fascinating volume explains why shifts in migration management in the post-Soviet countries are both causes for and consequences of political changes that influence foreign and domestic policy making.

Olga Gulina is founder and CEO of RUSMPI—Institute on Migration Policy and a former Galina Starovoitova Fellow on Human Rights and Conflict Resolution.