Precarious Democracy: Ethnographies of Hope, Despair, and Resistance in Brazil 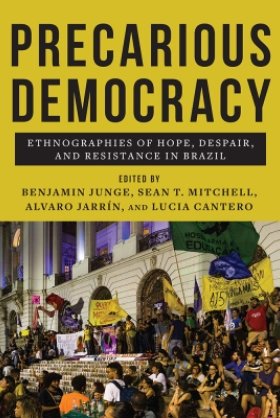 Ethnographies of Hope, Despair, and Resistance in Brazil

Brazil changed drastically in the 21st century’s second decade. In 2010, the country’s outgoing president Lula left office with almost 90 percent approval. As the presidency passed to his Workers' Party successor, Dilma Rousseff, many across the world hailed Brazil as a model of progressive governance in the Global South. Yet, by 2019, those progressive gains were being dismantled as the far right-wing politician Jair Bolsonaro assumed the presidency of a bitterly divided country. Digging beneath this pendulum swing of policy and politics, and drawing on rich ethnographic portraits, Precarious Democracy shows how these transformations were made and experienced by Brazilians far from the halls of power. Bringing together powerful and intimate stories and portraits from Brazil's megacities to rural Amazonia, this volume demonstrates the necessity of ethnography for understanding social and political change, and provides crucial insights on one of the most epochal periods of change in Brazilian history.

Introduction: Ethnographies of the Brazilian Unraveling

Critical Overview: A Plan for a Country Still Looking for Democracy

Part I: The Intimacy of Power

Chapter 1. "Family is Everything": Generational Tensions as a Working Class Household from Recife, Brazil, Contemplates the 2018 Presidential Elections, by Benjamin Junge

Chapter 2. Among Mothers and Daughters: Economic Mobility and Political Identity in a Northeastern Periferia, by Jessica Jerome

Chapter 4. Whiteness Has Come Out of the Closet and Intensified Brazil's Reactionary Wave, by Patricia de Santana Pinho

Chapter 5. Cruel Pessimism: The Affect of Anticorruption and The End of the New Brazilian Middle Class, by Sean T. Mitchell

Chapter 6. The Effects of Some Religious Affects: Revolutions in Crime, by Karina Biondi

Chapter 7. "Look at That": Cures, Poisons, and Shifting Rationalities in the Backlands That Have Become a Sea (of Money), by John F. Collins

Chapter 8. "The Oil is Ours": Petro-Affect and the Scandalization of Politics, by Lucia Cantero

Chapter 15. Disgust and Defiance: The Visceral Politics of Trans and Travesti Activism amid a Heteronormative Backlash, by Alvaro Jarrín

"Precarious Democracy presents a kaleidoscopic view of contemporary Brazil through a rich collection of ethnographies and a range of thoughtful analyses and insights about ordinary people throughout the country as they respond in multiple ways to the rise and political consolidation of the far-right in recent years. It is essential reading for understanding what is going on in Brazil today."

"This collection offers rich, theoretically evocative ethnographies on a range of sites seldom brought together in a single volume, from family frictions that expose the polarization of the past decade to guns and the performance of masculinity to Black queer resilience amid Brazil’s rightward shift. The assembled cases foreground feminist, anti-racist, and decolonial epistemologies and shed unique light on Brazil’s 'unraveling,' bringing into view the precarity often underlying formal democratic arrangements, even, or perhaps especially, those governed by the Left." 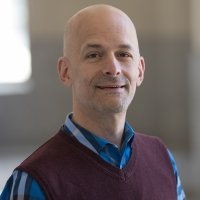 Assistant Professor of Anthropology at College of the Holy Cross

Associate Professor of Anthropology; Director of Peace and Conflict Studies at Rutgers University