Radio Free Europe and Radio Liberty: The CIA Years and Beyond 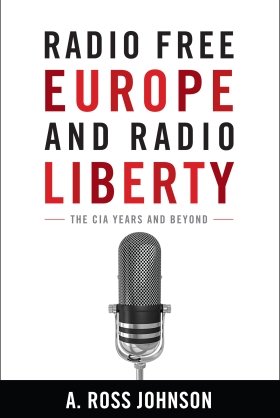 By A. Ross Johnson

The book is based on extensive archival research both in the United States and in Germany, Poland, and Hungary, as well as on interviews and the author’s own experiences. It uses CIA materials, in part declassified at the request of the author, extensively. Johnson concentrates on the origins and role of RFE/RL in the context of U.S. national security strategy, with particular attention to the role of the Central Intelligence Agency in covertly organizing and funding RFE/RL from 1949 to 1971. And he details RFE activities during the most important East European crises of the era—Poland and Hungary in 1956 and Czechoslovakia in 1968.

The study concludes with an analysis of the factors that accounted for RFE/RL’s effectiveness, which may offer lessons today as the United States tries to “win the hearts and minds” of foreign elites and populations and promote positive political change, particularly in the Muslim world.

Radio Wolna Europa i Radio Swoboda. Lata CIA i później, the Polish edition of Radio Free Europe and Radio Liberty translated by Andrew Borzym and published by Kolegium Europy Wschodniej, is available for purchase from the publisher.

1. Present at the Creation

8. Emergence from the Shadows

“This book presents a wealth of new information, drawing on recently released archival material. It is a welcome addition to the literature on the Radios and sheds a new light on several important episodes.”—Robert Hutchings, Dean of the LBJ School of Public Affairs at the University of Texas, Austin and previous Diplomat-in-Residence at the Woodrow Wilson School of Public and International Affairs at Princeton University.

“This is the first book to base the RFE/RL story on the most complete source material. It will surely be considered by interested scholars an important contribution in the field.”—Csaba Békés, Cold War History Research Center, Budapest

“A. Ross Johnson, a former director of RFE and a senior scholar at the Woodrow Wilson Center, has written a meticulously researched and superbly written work on RFE, which broadcast to the Soviet bloc countries in eastern Europe, and RL, which sent programs to the republics of the Soviet Union. Johnson persuasively argues that these broadcasts to the captive peoples of eastern Europe played a significant role in undermining the legitimacy of the communist regimes.”—Sheldon Anderson, Miami University (Ohio)