Terrorism in Cyberspace: The Next Generation 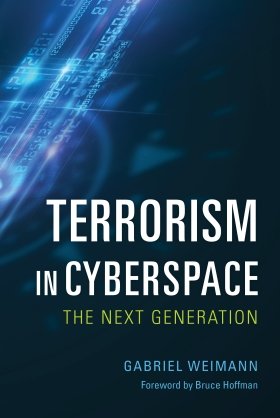 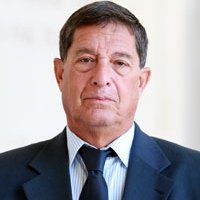 The war on terrorism has not been won, Gabriel Weimann argues in Terrorism in Cyberspace, successor to his seminal 2006 book, Terror on the Internet. Even though al-Qaeda’s leadership has largely been destroyed and its organization disrupted, terrorist attacks take 12,000 lives annually worldwide and jihadist terrorist ideology continues to spread. How? Largely by going online and adopting a new method of organization.

Terrorist structures, traditionally built of loose-knit cells, divisions, and subgroups, are ideally suited for flourishing on the Internet through websites, email, chatrooms, e-groups, forums, virtual message boards, YouTube, Google Earth, and other outlets. Weimann addresses terrorism’s arrival online; recent trends—such as engaging children and women, promoting lone wolf attacks, and using social media—and future threats, along with ways to counter them. He analyzes content from more than 9,800 terrorist websites and selects their most important kinds of web activity, describes their background and history, and surveys their content in terms of kind and intensity, the groups and prominent individuals involved, and their effects. The book also considers cyberterrorism against financial, governmental, and engineering infrastructure; efforts to monitor, manipulate, and disrupt terrorists’ online efforts; and worrisome threats to civil liberties posed by ill-directed efforts to suppress terrorists’ online activities.

Gabriel Weimann is professor of communication at the University of Haifa, Israel. He was a Fellow at the Wilson Center in 2013–14.

Watch a Wilson Center NOW Interview with the Author

“Weimann’s historical and contemporary understanding of al-Qaeda, Hamas, and Hezbollah is excellent and he is able to produce key summaries and examples of each group, their operatives, and the ways in which they have utilized the Internet to engage in violent extremism. Of special note is the chapter on online debates where Weimann discusses the various diplomatic incidents that have occurred online within and between competing terrorist entities. Weimann is a confident communicator and his concise and logical arguments build a strong case for the continued monitoring and combatting of terrorists’ use of the Internet.… His book remains an excellent analysis of jihadists’ online content and is a very good contribution to the literature on terrorism in cyberspace.”—David R. Mair, H-Diplo

“Weimann methodically zeroes in on the many ways that terrorists exploit cyberspace. His book offers a disturbing compendium of their techniques and tactics.”—Lawrence D. Freedman, Foreign Affairs

“Terrorism in Cyberspace is a timely and indispensable resource for all those concerned about effectively countering terrorists’ exploitation of the Internet and the dark elements that can reside there.”—Joshua Sinai, Perspectives on Terrorism

“Weimann’s book is engaging and concise, analyzing terrorist communications and critiquing government responses without sensationalism.… The book’s lesson is implicit, yet clear. A long-term strategic approach requires economic opportunity and education reforms that promote critical thinking, to encourage young voices in the Muslim community to create a new round of life stories that push back at extremism.”—Susan Froetschel, YaleGlobal Online

“Terrorism in Cyberspace represents the next step in its author’s decades-long quest to map, analyze, and understand the evolution of terrorist communications since the advent of the Internet and this new form of mass communication.”—from the foreword by Bruce Hoffman

“Terrorism in Cyberspace should seal Weimann’s reputation as a gifted scholar with his finger on the pulse. A compelling portrait of tomorrow’s threat landscape, this is a book to be reckoned with.”—Jane Harman, Wilson Center

“Its sweeping expertise and insight will make it one of the most important and eagerly anticipated books to be published on this subject. It will also be considered as an ‘instant classic’ in the field.”—Joshua Sinai, Resilient Corporation