Skip to main content
Support
Show
Streaming
What’s Next for Brazil? The 2022 Elections and Beyond
Show
Streaming
The Spectre of War: International Communism and the Origins of World War Two
Explore More
Close
Publication
Communism
The Kims Aren’t Just Looking at Things: What Leadership Events Can Tell Us About North Korean Politics
Share on FacebookShare on TwitterShare via Email
Share
Book

The Hungry Steppe: Famine, Violence, and the Making of Soviet Kazakhstan 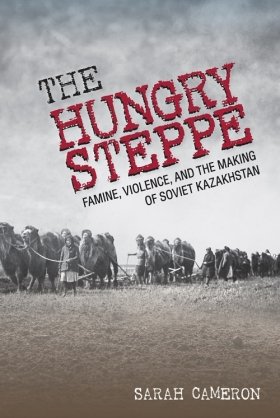 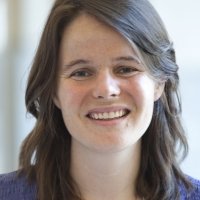 The Hungry Steppe: Famine, Violence, and the Making of Soviet Kazakhstan

The Hungry Steppe examines one of the most heinous crimes of the Stalinist regime, the Kazakh famine of 1930–33. More than 1.5 million people perished in this famine, a quarter of Kazakhstan’s population, and the crisis transformed a territory the size of continental Europe. Yet the story of this famine has remained mostly hidden from view. Drawing upon state and Communist party documents, as well as oral history and memoir accounts in Russian and in Kazakh, Sarah Cameron reveals this brutal story and its devastating consequences for Kazakh society

Through the most violent of means the Kazakh famine created Soviet Kazakhstan, a stable territory with clearly delineated boundaries that was an integral part of the Soviet economic system; and it forged a new Kazakh national identity. But this state-driven modernization project was uneven. Ultimately, Cameron finds, neither Kazakhstan nor Kazakhs themselves were integrated into the Soviet system in precisely the ways that Moscow had originally hoped. The experience of the famine scarred the republic for the remainder of the Soviet era and shaped its transformation into an independent nation in 1991.

Cameron uses her history of the Kazakh famine to overturn several assumptions about violence, modernization, and nation-making under Stalin, highlighting, in particular, the creation of a new Kazakh national identity, and how environmental factors shaped Soviet development. Ultimately, The Hungry Steppe depicts the Soviet regime and its disastrous policies in a new and unusual light.

Introduction
1. The Steppe and the Sown: Peasants, Nomads, and the Transformation of the Kazakh Steppe, 1896–1921
2. Can You Get to Socialism by Camel? The Fate of Pastoral Nomadism in Soviet Kazakhstan, 1921–28
3. Kazakhstan's "Little October": The Campaign against Kazakh Elites, 1928
4. Nomads under Siege: Kazakhstan and the Launch of Forced Collectivization
5. Violence, Flight, and Hunger: The Sino-Kazakh Border and the Kazakh Famine
6. Kazakhstan and the Politics of Hunger, 1931–34
Conclusion

"Sarah Cameron unearths abundant new Russian and Kazakh language sources to tell a spellbinding story of vicious social engineering.  Explaining what happened and why with utmost care, Cameron records the howls of suffering and mass death in the violent emergence of a Soviet Kazakh nation."

"Sarah Cameron demonstrates the relevance of the long-overlooked Kazakh famine to many bigger historical questions. The end result is a damning indictment of Soviet nation building that covers new ground and adds important dimensions to one of the epic stories of twentieth century social transformation."

- David Brandenberger, Professor of History, University of Richmond, and author of National Bolshevism

"The Hungry Steppe is a compelling account of the Kazakh famine, situating it against the backdrop of changing Soviet perceptions of the steppe’s ecology and economy. Sarah Cameron ably and movingly documents the tragic consequences of the famine for the Kazakh population, and is the first to do so in the English language."

- Rebecca Manley, Associate Professor of History, Queen's University, and author of award-winning To the Tashkent Station

"Sarah Cameron provides the first scholarly account of the murderous famine of 1930-31, perhaps the central event in modern Kazakh history. Told with empathy and dignity, The Hungry Steppe recovers for historians a little-known tragedy of Stalinism."