The Politics of Culture in Soviet Azerbaijan 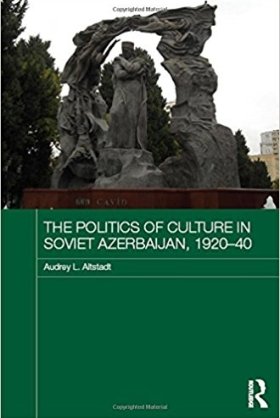 The Politics of Culture in Soviet Azerbaijan

The early Soviet Union’s nationalities policy involved the formation of many national republics, within which "nation building" and "modernization" were undertaken for the benefit of "backward" peoples. This book, in considering how such policies were implemented in Azerbaijan, argues that the Soviet policies were in fact a form of imperialism, with "nation building" and "modernization" imposed firmly along Soviet lines. The book demonstrates that in Azerbaijan, and more widely among western Turkic peoples, the Volga and Crimean Tatars, there were before the onset of Soviet rule, well developed, forward looking, secular, national movements, which were not at all "backward" and were different from the Soviets. The book shows how in the period 1920 to 1940 the two different visions competed with each other, with eventually the pre-Soviet vision of Azerbaijani culture losing out, and the Soviet version dominating in a new Soviet Azerbaijani culture. The book examines the details of this Sovietization of culture: in language policy and the change of the alphabet, in education, higher education and in literature. The book concludes by exploring how pre-Soviet Azerbaijani culture survived to a degree underground, and how it was partially rehabilitated after the death of Stalin and more fully in the late Soviet period.