Asian Americans and Pacific Islanders are the fastest growing racial group in the United States, increasing by 46 percent between 2000 and 2010, and the population is expected to continue to rise rapidly. While their political influence has been apparent for some time in coastal states including California and New Jersey, as well as in metropolitan areas such as New York, Los Angeles, Chicago, Seattle, Houston, and Washington DC, their impact has been felt in recent years in key battleground states as well, including Nevada, Arizona, and North Carolina.

Their political clout is currently “not as strong as Latinos and blacks,” but the influence they could wield is only expected to continue rising, said Karthick Ramakrishnan, associate professor at the University of California, Riverside, and director of the survey. He pointed out that Asian Americans now represent at least 10 percent of the electorate in 40 Congressional districts.

First conducted in 2008, the latest national Asian American survey polled 3,376 voters of Chinese, Indian, Filipino, Vietnamese, Korean, Japanese, Hmong, and Cambodian heritage between July and September 2012. The survey found that 43 percent support Barack Obama while 24 percent support Mitt Romney, which means one-third of Asian American voters are either independent or remain undecided about who they will support come November, which is a significantly higher proportion than the U.S. electorate at large. Indian Americans are the biggest Obama supporters, while Filipino Americans are the strongest supporters of Romney within the group. Yet neither presidential candidate has made enough effort to reach out to Asian American voters as they have to other ethnic groups, according to many in the community.

As with the overall U.S. electorate, the economy is the single biggest issue of concern to Asian Americans and Pacific Islanders, accounting for nearly 55 percent of total responses. Employment concerns came in second at 13 percent, while healthcare was a distant third at 4 percent.

Questioned about which presidential candidate was more in line with their views about key issues, 42 percent supported Romney when it came to the budget deficit, while 39 percent picked Obama. As for the jobs issue, 52 percent were Obama supporters while 33 percent sided with Romney. On foreign policy, 50 percent favored Obama compared to 29 percent for Romney. On women’s rights, Obama captured 71 percent of Asian American voters’ support compared to 12 percent for Romney, while on health care, Obama scored 64 percent in contrast to 24 percent by Romney.

“Romney’s best hope to win over Asian American voters on an issue basis would be to mention the economy in general and then to focus on the budget deficit, and to a lesser extent unemployment and jobs,” according to the survey. “Obama’s strategy has to include mention of the economy, but his comparative advantage with Asian American likely voters is likely to be on women’s rights, health care, and education.”

The survey’s findings underscore the fact that not all Asian Americans are Democrats, and that they “have the potential to be the margin of victory,” said Mee Moua, president of the Asian American Justice Center. Candidates who ignore Asian American voters “do so at their own peril,” she added. Her sentiments were echoed by Yul Kwon, keynote speaker and PBS television host.

Meanwhile, Miriam Yeung, executive director of the National Asian Pacific American Women’s Forum, cautioned that political parties need to recognize the diversity of the Asian American population. Not all are the so-called model citizens who have been much touted over the years, she added.

Another issue of concern in the community is hate crime and violence against South Asians in particular, said Deepa Iyer, chair of the National Council of Asian Pacific Americans, who pointed out the need for policy recommendations from both sides of the political aisle to combat xenophobia.

By focusing more on issues that drive Asian Americans to vote rather than simply focusing on an ethnic breakdown, the latest survey should also give guidance to policymakers on how they should move forward following the elections, said Taeku Lee, chair of political science at the University of California, Berkeley, and co-author of the survey.

PBS television host and former deputy chief in the FCC 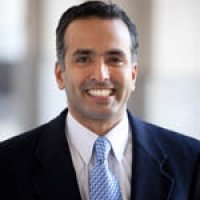 professor and chair of political science at UC-Berkeley