75th Anniversary of the Deportation of Crimean Tatars

This panel will address the history of the deportation and the contemporary issues facing Crimean Tatars.

“Crimean Tatars aren’t just Mongols as the Soviet authorities depicted them.  Soviet propaganda depicted Tatars as being newcomers who came in during the Mongol invasions during the 1200s.  In actuality the Tatars go back as far as the Goths who settled in this area in the 4th century […] they have deeper roots in Crimea than Soviet authorities would lead you to believe.”

“The real reason they were deported had more to do with the plans Stalin had to invade Turkey […] his goal was to seize provinces lost from the Russian Empire to Turkey.  In order to do this, he thought he it would be safe to secure the borders and to get rid of non-trusted, pro-Turkish, pro-Muslim groups; cleanse them all preemptively in case of a war in case these small groups rose up in support of Turkey.”

“The Soviet authorities filled Crimea up with Russians, and made it into a resort […] ancient Tatar names were erased, ancient Tatar books were burned, mosques were blown up, everything was destroyed in an Orwellian attempt at “culturecide” – ethnocide. 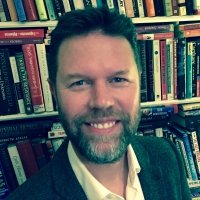