Accessing Maternal Health Care Services in Urban Slums: What Do We Know?

"Addressing the needs of urban areas is critical for achievement of maternal health goals," said John Townsend, vice president of the Reproductive Health Program at the Population Council. "Just because there is a greater density of health services does not mean that there is greater access."

"Poverty is becoming more of an urban phenomenon every day," said Kolb. With over 75 percent of the poor in Central Asia and almost half of the poor in Africa and Asia residing in cities and towns by 2020, "urban populations are very important to improving maternal health," he added.

Collecting accurate data in informal settings such as slums can be very challenging, and there is often a "systematic undercounting of the urban poor," said Kolb. Data often fails to capture wealth inequality in urban settings, and there is often a lack of attention to the significant variability of conditions between slums.

Kolb also warned about the risk of generalization: "Slums and poverty are not the same." In practice, there is not a standardized definition of what constitutes a slum across countries, he said. "It is important to look at different countries and cities individually and understand how inequality is different between them." Slum mapping can help to scope out challenges, allocate resources appropriately, and identify vulnerability patterns that can inform intervention design and approach, he said. 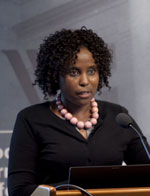 Addressing the maternal health needs of the nearly 60 percent of urban residents who live in slums or slum-like conditions will be a critical step to improving maternal health indicators of a rapidly urbanizing Kenya, said Kyobtungi.

"In some respects, [the urban poor] are doing better than rural communities, but in other ways they are behind," said Kyobtungi. But, she said, there are many unique opportunities to improve maternal health in slums: "With these very high densities, you do have advantages; with very small investments, you can reach many more people"

Output-based voucher schemes – in which women pay a small fee for a voucher that entitles them to free, high-quality antenatal care, delivery services, and family planning – have been implemented to help poor, urban women access otherwise expensive services. But poor attitudes towards health care workers, transportation barriers, and high rates of crime still prevent some women from taking advantage of these vouchers, said Kyobtungi.

The majority of maternal health services in slums are provided by the private facilities, though size and quality vary widely. "There is a very high use of skilled attendants at delivery, but the definition of skilled is questionable," said Kyobtungi

"Without supporting the private sector," Kyobutungi said, "we cannot address the maternal health challenges within these informal settlements." Combined with an improved supervision and regulation system, providing private maternal health facilities with training, equipment, and infrastructure could help to improve the quality of services in urban slums, she concluded. 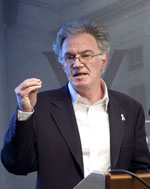 "While we have evidence that health services, on average, may be better in urban areas than in rural areas, this often masks wide disparity within the population," said de Bernis. "Reducing health inequities between and within countries is a matter of social justice."

When it comes to family planning, total fertility rates are lower in cities, but "the unmet need…is still extremely important in urban areas," explained de Bernis. Many poor women in cities, especially those who live in marginalized slum populations, do not have access to quality reproductive health services – a critical element to reducing maternal morbidity and mortality rates.

Economic growth alone, while important to help improve the health status of the poor in urban settings, will not solve these problems, said de Bernis. To reduce health disparities within countries, de Bernis advocated for "appropriate social policies to ensure reasonable fairness in the way benefits are distributed," including incorporating health in urban planning and development, strengthening the role of primary health care in cities, and putting health equity higher on the agenda of local and national governments. 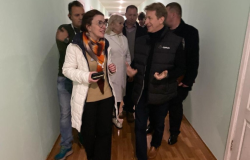