"Trends and Innovations in Local African Peacebuilding Research and Practice" was a panel discussion at the African Studies Assocation cohosted by the Wilson Center Africa Program and the African Peacebuilding Network of the Social Science Research Council. The panel took place from 10:30am to 12:00pm at the Washington Marriott Wardman Park in Washington, D.C., the site of the 59th Annual Meeting of the Africa Studies Assocation.

On December 2, 2016, the Wilson Center Africa Program and the Social Science Research Council’s African Peacebuilding Network (APN) co-hosted a panel on “Trends and Innovations in Local African Peacebuilding Research and Practice.” The panel discussion, part of the African Studies Association’s 59th Annual Meeting, featured scholars from the APN and the Southern Voices Network for Peacebuilding, including Dr. Asebe Regassa Debelo of Dilla University in Ethiopia; Dr. Peace Medie of the University of Oxford; and Dr. Fritz Nganje of the University of Johannesburg. The panel was moderated by Dr. Cyril Obi of the APN, with summary remarks by Dr. Monde Muyangwa of the Wilson Center.

Dr. Debelo presented a paper entitled “‘Back to Culture’: Cross-boundary Indigenous Peacebuilding Institutions along the Ethiopia-Kenya Border.” His research examined local-level peacebuilding on the Ethiopia-Kenya border, where are there are a high number of conflicts. Specifically, he looked at Raba Gadaa, a peacebuilding confederacy that was formed by several ethnic groups in the region. These groups agreed to a covenant to address cattle rustling, land usage, and other issues of intergroup conflict, which was initially successful in reducing conflict in the area. However, state involvement and a lack of resources to sustain the operation of Raba Gadaa led to the abandonment of the system and a return to higher levels of intergroup conflict. The trajectory of Raba Gadaa demonstrates how innovative indigenous peacebuilding efforts can contribute to a reduction in conflict, but also how such efforts often face significant internal and external challenges.

Dr. Medie presented a paper on “Women’s Movements and Women’s Security in Post-War States,” a paper contrasting the activities and effectiveness of women’s groups in post-conflict Liberia and Côte d’Ivoire. Among post-conflict states, Liberia has been a leader in addressing gender-based violence (GBV), setting up police units to address violence against women. Women’s groups have sought to establish norms framing GBV, especially sexual assault, as serious crimes, and have worked to hold police accountable. In Côte d’Ivoire, by contrast, the state has been less receptive to advocacy by women’s groups, which are seen as quite politicized. As a result, women’s groups have tended to act outside the state, primarily by providing health care and support to victims of GBV. Traditional and religious leaders have resisted the idea that GBV cases should be referred to the police, in part because their legitimacy and livelihoods are derived from adjudicating such cases through customary institutions. Thus efforts to improve access to justice for women cannot focus on the formal criminal justice system alone, but should also involve reforms aimed at customary institutions, which can and do change.

Dr. Nganje’s paper, Local Peace Committees, Pan-Africanism and Social Cohesion in Africa, examined local peace committees (LPCs) in South Africa, which were first established as state-recognized structures with a mandate to build peace locally during the transition from apartheid. Since 2010, a nonprofit called the Action Support Centre has resurrected LPCs in Johannesburg and Pretoria in an effort to address xenophobic violence, as well as other sources of tension and insecurity in the community. To this end, LPCs have promoted reconciliation and mutual understanding through community dialogues, and have sometimes intervened in episodes of xenophobic violence and attacks. The committees, which typically include local business and religious leaders as well as general citizens, are operated without the involvement of the central government. As a result, the extent and efficacy of their efforts have been constrained by a lack of resources and technical support. More fundamentally, their success has been limited by a tendency for insider/outsider tensions between migrants and residents to be replicated inside the committee. While they can play a unique peacebuilding role, Dr. Nganje said, as currently constituted LPCs lack the authority and capacity to fully address the complexity of xenophobic violence in South Africa.

This event was made possible by the support of the Carnegie Corporation of New York, which funds the Southern Voices Network for Peacebuilding. 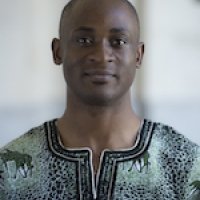