On August 20, Alexei Navalny, the anti-corruption crusader and Russia’s leading opposition candidate, collapsed on a plane and was later taken to Germany, where he remains in a medically-induced coma. The German government has now announced definitively that he was poisoned by a Novichok nerve agent. What are the broader implications of this assassination attempt for the political climate and political culture in Russia? What does it mean for the future of the Russian opposition? Our speakers Ekaterina Schulmann, Leonid Volkov, and Sergey Parkhomenko addressed these questions.

Leonid Volkov
“Before 2017, the Kremlin’s narrative about the opposition was that, ‘Okay guys, you may have some fans among Moscow hipsters and among 2% or 3% of the well-educated middle-class urban dwellers, but the real Mother Russia outside of the Moscow peripheral rod doesn’t love, you doesn’t like you, doesn’t know you, doesn’t want to do anything with you.’ This narrative was of course false, but the first real attempt to tackle it happened actually in 2017 when Alexei Navalny announced his future presidential bid and started to rally through the Russian regions creating regional offices and conducting large rallies all over the country.”

“The Kremlin decided that it is fed up with Navalny’s regional activities. It would really like that all these activities be limited to Moscow only. They took some steps in terms of prosecution, trying to press new charges against him so he would not be able to leave Moscow and of course, the most important, they took the decision to destroy our regional network. The infamous anti-corruption foundation case was launched in August last year, a month before the regional election. It included searches, arrests, freezing effects of assets, and so on… And they failed… we’re still operating efficiently preparing the regional campaign. So I think it was a very natural decision for them to take the next step.”

Ekaterina Schulmann
"I must say that given the sociological data that we possess, given the results of numerous polls conducted by Russian sociological services, we must say that Navalny is the opposition politician number one, the best known to the wider audiences in Russia. This wide knowledge, this huge visibility has also its other side. His anti-rating, the number of people who react negatively to him is also high. Thanks maybe to the efforts of Russian state media. But still his name and face is known to the majority of Russians... Paradoxically, the latest attempt at poisoning suddenly made him a face and a name on Russian state TV, which for years has tried to avoid naming him directly."

"Given this position, this quite unique position of Alexei Navalny on the Russian political scene, the question often asked is, why were there no protests following the assassination attempt. [...] Protest activity is an unpredictable material. It's always hard to say what exact event will drive people to the streets. There is often this logic that it must be the most hideous crime that produces the most evident reaction but that is not so. Often, it’s little incidents that become the straw the breaks the camel's back. But the crimes committed by the state pass relatively quietly. But I have another reason to propose. I think that, again, hard to predict as protest activity is, that usually, people tend to protest when there is a target, someone to address and a clear demand to formulate. In these events with Alexei Navalny, there has been a constantly unraveling story so the public, the general audience, is petrified into expecting what the next item of news will be. The story is not over, again, fortunately for all of us."

Sergey Parkhomenko
“The question is why did they do it? The question is what was the objective, the goal of this action? Because it was a deliberate action. It was not by chance… All we have to understand after 20 years of Putin’s rule [is that] this kind of action, this kind of step is possible only with the direct permission of Putin and under Putin’s direct protection. Of course, Putin has many different performers, many different actors to choose from for this kind of action… [but] we know all this is Putin. All this is Putin’s regime. All this is Putin’s administration.”

“It is the easiest thing to say that they could no longer tolerate Navalny personally, and there are many reasons to believe that they have been considering Navalny as their personal traitor for a long time. It’s because [of] his anti-corruption investigation, because of his participation [in] election campaigns… it’s because his influence [on] the large mass of people in Russia who are critical to the authority...But I think that’s not the point. I think the purpose of this attempt to kill Navalny was to announce the new rules in the game of Russian politics... After Putin clearly stated that he wants to be in Russia forever, the rules have to change.”

"'You the people who find this murder disgusting… and you the politicians who believe that governments can’t solve their internal problems in this way, you can’t oppose us. You don’t have any tools and any instruments and any resources to punish us.’ That’s the point of Putin in this situation.” 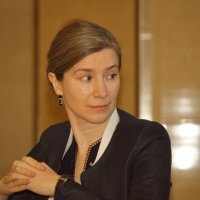 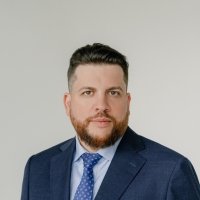