From “America First” to “Brexit”: The Changing Global Trade Architecture and Implications for Africa

On May 31, 2018, the Wilson Center Africa Program held the second event of the Brown Capital Management Africa Forum in 2018. The topic of discussion was “From ‘America First’ to ‘Brexit’: The Changing Global Trade Architecture and Implications for Africa.” Dr. Robert Litwak, Senior Vice President and Director of International Security Studies at the Wilson Center, offered welcome remarks. Mr. Keith Lee, President and Chief Operating Officer of Brown Capital Management then offered his opening remarks, which outlined the objectives of the Africa Forum in general and the specific goals of this discussion. Dr. Monde Muyangwa, Director of the Wilson Center Africa Program, made introductions and set the scene for the event. Experts who spoke at the event included Dr. Raymond Gilpin, the Academic Dean of the Africa Center for Strategic Studies; Dr. Kristen Hopewell, Senior Lecturer in International Political Economy at the University of Edinburgh; and, Mr. Joel Wiegert, Principal Director for Government Services at Nexant and former State Department Official. The purpose of this event was to explore the implications of “America First” and “Brexit” on global trade architectures and what this means for Africa; assess the evolution of Africa’s own trade architecture and how it engages and articulates with the larger global trade architecture; evaluate the challenges and opportunities of navigating “America First” and Brexit”; and, offer recommendations for enhancing intra-African trade, South-South trade, and Africa’s share of global trade within this rapidly evolving environment.

Dr. Hopewell opened the discussion by outlining the main features of “America First” and “Brexit” and their implications for global trade. She posited that policies under the Trump Administration have been characterized by aggressive unilateralism and the abandonment of multilateralism, including withdrawal from key trade agreements. While there are many dangers inherent in the rapidly changing environment, there is a small chance for Africa to benefit from the potential U.S.-China trade war. For most African countries, the cons will outweigh the pros; however, if Chinese companies move production to Africa in order to export to the United States with lower tariff rates, some African industries could benefit. Likewise, there remain many uncertainties regarding “Brexit” and the form that it will take. Any move away from the current system will leave the United Kingdom worse off, but the degree to which Britain separates from the European Union will determine the effects. In exiting the European Union, Britain will have to renegotiate all of its existing trade agreements, which number over 100. Because it is highly unlikely that the United Kingdom will be able to replicate identical trade details, there will be some opportunity for African countries to re-negotiate with independent Britain and push for more concessions. Dr. Hopewell recommended that African countries diversify their exports, focus on regional economic integration, and remain active in the World Trade Organization to ensure that its interests are represented. She also advised that African countries should be cautious of China and its trade policies, such as Chinese cotton subsidies and their implications for African cotton producers. Further, African countries should work towards reducing tariffs and pursuing serious industrialization policies as a way of elevating African development and the continent’s ability to trade globally.

Mr. Wiegert shared a U.S. perspective on growing economic nationalism in the United States and implications for Africa. Recent trade policies have suggested a heavy winner-takes-all attitude and an emphasis on domestic goals over foreign policy. However, it appears that there is a lack of clarity from the Executive Office in terms of how the “America First” attitude translates into policy. In general, there is also a dearth of leadership in the Africa policy space, particularly at the senior levels, as a number of key positions remain vacant. In addition, there have not been any significant official pronouncements or speeches on Africa policy to act as guideposts. On the economic front, there has been a general shift from a multilateral to a bilateral framework for trade, which means that the United States has singled out countries, such as Kenya, to negotiate with individually. Another key change in policy is the new provision in the Africa Growth and Opportunity Act (AGOA) which allows for off-cycle reviews of the policy. This leaves more opportunities for the United States to put pressure on African countries, turning AGOA from a “carrot” into a “stick” used to punish countries that fail to comply with U.S. policies and interests. It will be important going forward for African countries and their allies to voice the benefits of AGOA and to think about the future of AGOA in a way that allows the United States and Africa to view it as mutually beneficial. As currently operating, AGOA is seen as a generous, one-way program that mostly benefits Africa with minimal benefit to the United States. Mr. Wiegert further recommended that African countries remain wary and cautious when engaging in trade agreements in the current environment. For the United States, Mr. Wiegert recommended that the Executive Branch place more focus and attention on articulating its Africa policy. Lastly, investors must be patient and persistent. While this time is particularly turbulent, changes in the international trade architecture tend to right themselves given time.

Dr. Gilpin focused his remarks on exploring what changing global trade architecture means for Africa. The changes can be distilled into two major developments: significant global powers enacting nationalist and protectionist policies and the proliferation of bilateral, transactional agreements. The signing of the Continental Free Trade Area (CFTA) during the time of “America First” and “Brexit” is coincidence, as CFTA negotiations have been in progress since 2012. While economic nationalism is part of the background environment, it has not been the key factor in spurring trade agreements in Africa. Dr. Gilpin noted three key factors in the CFTA signing. First, the political realities—particularly the inclusion of Western Sahara in the agreement—are fraught. Second, while estimates of the welfare benefits of the CFTA are high, the actual benefits will depend on how and to what degrees the countries liberalize their trade. Third, there will be many internal challenges during the process of instituting all of the elements of the CFTA. Regardless of the global trade ecosystem, a lot of challenges lie ahead for Africa as it seeks to promote economic integration. Dr. Gilpin recommends that Africa focus on reducing non-tariff barriers to trade (such as corruption, violent conflict, and connectivity), instituting mechanisms for mitigating short-term costs to liberalization, strengthening continental collective bargaining, re-visiting the role of regional economic communities, and coordinating enforcement mechanisms. 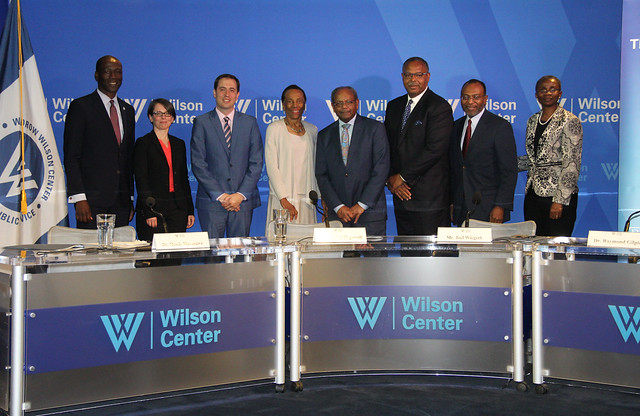