U.S.-China Relations is about much more than government policy. The relationship involves each nation’s ideas about itself, the other, and their roles in a changing world. Calls for whole-of-government or whole-of-society involvement in the relationship recognize that communities, educational and professional institutions, corporations, and the arts will benefit from healthy relations and suffer if the relationship is understood or managed poorly. “Bad China” and “Hegemonic America” narratives increasingly drive discussions of the relationship in Washington and Beijing. Where do these “whole-of-society” impressions come from, and what are their implications for the superpowers?

The Kissinger Institute on China and the United States is delighted to host Jiayang Fan, who has examined rural Chinese e-commerce and interviewed pop stars-turned protest leaders, and Kaiser Kuo, who co-hosts the Sinica podcast that has covered topics ranging from Washington’s China debates and state-science intersections.

“We also have to be empathetic to U.S. anxieties. I think we can’t write them off completely. Clearly, China’s ascent in the last four decades has been radically swift, and it has in the last ten years been slightly unsettling. The speed at which it has become newly very aggressive and assertive in its vision of the world. But that has to be contextualized in our understanding of how China wants to…exert power that’s commensurate with its growing capabilities. I think that is only natural.”

“China’s opportunism is counterbalanced by its pragmatism. I think its politicians are deeply attuned to the ways in which it could possibly lose on the chessboard, if it is not aware of the other’s position. It also will make do with less. It will cut its losses if it has to. I think that’s something that we have to keep in mind. Because as much as it would like to assert its dominance, I think that it could do with less if it realizes that its political maneuvers are undermining the global system to such an extent that it is also hurting itself.”

“Obviously, we support liberal, democratic values. But I think if the state is coming out in favor of violent protests in Hong Kong, or [is] perceived as any way encouraging separatism, I can’t see how that is helpful to U.S.-China relations. You’re really touching the nerves of the Chinese state. And, in my mind, Hong Kong independence is not something that is practically realizable at this moment. It would have to take something very devastating for that to be on the table. So, if China perceives that the U.S. government is supporting that sort of effort, it clearly does not make for a productive dialogue going forward.”

“Oftentimes, the China-U.S. relationship is described as the new Cold War, which I find to be an unfortunate term, because the Soviets and the U.S., when they were locked in cold war, the Soviet economy had nothing on the U.S. one, and they lived in completely separate worlds. And that is a vastly different situation than now, where every supply chain in the U.S. inevitably encompasses China.”

Kaiser Kuo, Host of the Sinica Podcast and Editor-at-Large at SupChina.com

“[The Chinese public] is not in full revolt. It has not been in full revolt, really, since 1989. And, while it remains critical, it stayed within the boundaries in this modality of sort of loyal opposition it has been allowed. We’ve not seen a real break with it, and I’m not sure whether the tinder is dry enough so that a break could really be sparked right now.”

“I think to a very large extent, the Chinese Communist Party is an expression of a broader Chinese political culture, and it is not one that is limited to the 95 million members of the Chinese Communist Party. Now, this is not forever…. We need only look across the straits to Taiwan to see that there are Chinese people who can live lives under a very, very different kind of politics. Of course, it’s possible…. Since the end of the Cold War, we’ve suffered from a sort of historical amnesia, where the buy in to a Whig-ish teleological view of history has only been more and more.”

“During those years from late 2001, after September 11, through ’07-’08, if you look at that period, you can’t find anything that really roiled the waters in the relationship between China and the United States…. That relationship was good, in large part, because the United States was so utterly distracted by the so-called global war on terrorism. But in that period, what happened in China? When China had its hackles down, when it wasn’t feeling under threat, it was liberalizing meaningfully…. I think that we should really consider that we may be able to do a whole lot more by doing a whole lot less.”

“These are the two countries that are out in the lead on all of the major disruptive technologies of the fourth industrial revolution, right? Advanced robotics, AI, automated driving, gene-editing, all these things. China and the United States have a massive lead on everyone else, and if we are not talking to each other to establish ethical foundations for this…. We really, really do risk a massive balkanization.” 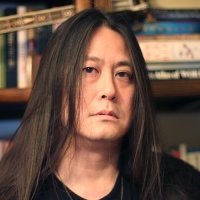 Host of the Sinica Podcast and Editor-at-Large at SupChina.com 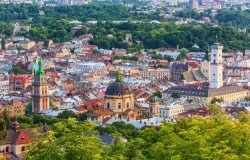 Blog post
Society and Culture
Mozart in Wartime Lviv
By Blair A. Ruble on July 7, 2022