The EU and the United States are at an impasse when it comes to transatlantic data transfers. After the invalidation of the EU-U.S. Privacy Shield negotiators on both sides of the Atlantic are trying to find a way forward to guarantee privacy rights and enable transatlantic data flows.

How do U.S. views on privacy rights and data flows compare with European understandings? What might a “comprehensive deal” look like between the U.S. and the EU? What are the fundamental roadblocks and how can they be overcome? Has the appetite for stricter regulations increased in the U.S.?

Join us for a transatlantic conversation on July 1st at 10AM ET/4PM CET to discuss the broader implications of the EU-U.S. impasse on data privacy.

“I do think it’s hard to pass a statute on surveillance in Congress, to build a whole new complicated system, when you don’t even know whether that would be good enough in Europe, if the thing passes. It’s hard to go to a senator and say, ‘well here’s this hard vote, and it’s a complicated system, and we’ve never tried things like this before, but we need to do it for Europe – and by the way, we don’t know if the court will go for it’. And I think that’s a hard way to pass a law in Congress. So one thing I’m thinking, is that, get building as much of the system as you can administratively, seeing how far you can get that way, and then maybe perfecting it around the edges with a statute after that, if there turns out to be a specific problem.”

”I believe only in creativity and some new mechanisms in order to comply with the quite strict requirements of both European Union and U.S. law.”

"Right now, US companies are suffering. They’re in a world of uncertainty, and having to pay obscene amounts of money for privacy lawyers to try to explain this new world to them, and there is just tremendous risk and uncertainty and harm to US companies that can easily be addressed through straightforward statutory reforms.

”When we talk about redress we should not forget that it’s bigger than redress in reality – the problem is more generally about independent oversight mechanisms. Sometimes we only focus on redress, which, being effective remedies, is very important, but we should not forget that the whole issue about independent oversight mechanisms also concerns for instance prior authorization.”

“It is very clear that thanks to the case law of the European courts, we have a huge improvement in having human rights catch up with new surveillance techniques.”

“For redress, I must emphasize here that on the basis of European law, both the European Court of Human Rights and what is required by the GDPR, you don’t need a statute by a parliament to resolve these issues – what you need is a binding decision, which could be done through an administrative act, an executive order, as we call them, if it really is binding and if it gives real powers and independence and powers to the independent body to adopt binding decisions. Then, I think, for the redress part at least, this could be done through a non-statutory change.” 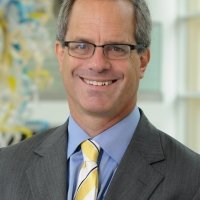 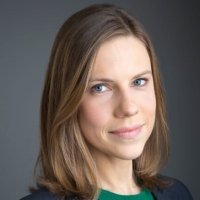 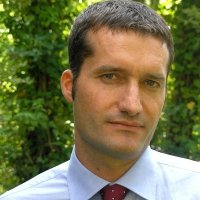