Answering the Amazon’s Call: Private Sector Mobilization for Protection of the Amazon

The Wilson Center in partnership with the International Conservation Caucus Foundation hosted an expert-led discussion on private sector mobilization to protect the Amazon.

Luiz Inácio Lula da Silva’s victory in Brazil’s presidential election on October 30, 2022—and his appearance at the COP27 summit on November 16—have put protecting the Amazon basin back on the agenda. Speaking at a Wilson Center event on November 4, Iván Duque Marquez, Former President of the Republic of Colombia and a Distinguished Fellow at the Center, highlighted why it was vital to counter the threat to this magnificent biome: “The Amazon is the most biodiverse area in the planet. The Amazon River discharges in one hour the same amount of fresh water that is consumed in a year by 7000 million people; and, at the same time, the Amazon in terms of size is twice the size of the EU and is larger than the United States without Alaska.”

The discussion examined what role the private sector should play in this vital effort. “I’m a believer in the idea that smart, sustainable development and conservation in the Amazon region can coexist,” said Ambassador Mark Green, President, Director and CEO of the Wilson Center. “They have to.”

Tipping Point for the Amazon

Ambassador Green sees the situation as extremely serious—and close to tipping point. “The region has lost almost 15 percent of its forest cover,” he observes. “Some believe that if more than 20 percent of the forest cover is lost, it’s likely to go through a savannahization process, and quite frankly, that could lead to sweeping extinctions, the disruption of food production, and the release of what some call a carbon bomb,” said Ambassador Mark Green.

Event moderator and Wilson Fellow Raoni Rajão, Associate Professor of Environmental Management and Social Studies of Science at the Federal University of Minas Gerais, added that “even if we are able to [reach] zero deforestation…if we have a significant increase in global temperatures, the Amazon is still going through a savannahization process.” He also noted that the picture in Brazil is particularly harrowing. Seventeen percent of its forest has already been cleared, and for each deforested hectare, another hectare is degraded by either fire or logging, so “the actual damage is much higher.”

The absolute tipping point for the Amazon in just eight years’ time. “Deforestation has been increasing steadily since 2012,” Rajão continued, “but it has really jumped in the last four years under the Bolsonaro administration, nearly doubling. And if we keep with the current speed of deforestation, we might reach 2030 already with 20 percent of forest loss.”

Roles for the Private Sector?

Those doing business in the region are grappling with how to do so in a sustainable way. Natura & Co is the largest cosmetic company in Latin America, and the fourth-biggest in the world, and Paulo Dallari, the company’s Government Affairs Director in the region, said that it is impossible to preserve the Amazon without generating local income to the area. “One of the proposals we have been sponsoring together with other allies is a mechanism to share profits that are obtained from reselling carbon credits with the regional producers,” he said. This activity allows traditional communities, indigenous communities and quilombolas that produce carbon credits to receive a percentage of resale value “as a way to incentivize and to share the outcome and profit.”

The company’s efforts in the region are broad. “Natura is currently working with over forty communities that represent about 8000 families in four countries of the Amazon region: Brazil, Colombia, Ecuador and Peru,” said Dallari. The native species that are used in Natura’s products are produced by these local communities and he observed that “by sustainably producing these materials, they bring a preservation of about two million hectares.” Dallari added that Natura’s plan for 2030 is to increase this number to three million hectares.

Renata Nogueira, South America Sustainability Lead, from Cargill, a global food corporation, said that her company is also focused on preservation. She noted that Cargill has “started a new program to plant trees, aiming to restore a hundred thousand hectares in the next five years.” She also highlighted Cargill’s 2006 adoption of the Soy Agreement, a sectoral pact that guarantees the non-commercialization of soy from deforested areas. Brazil’s Forest Code requires producers to preserve up to 80 percent of their land and Nogueira observed that “by being in compliance with this, the signing companies develop procedures and tools…to exclude non-conforming products.”

Legislation is Imperative and Money is Paramount

A private sector that adheres to environmental standards is not enough. A government that writes and enforces the relevant laws is also essential. However, “Sometimes it’s difficult for members of Congress to get behind issues because they might not really be in their political self-interest or seen as interest to their constituency,” commented Susan Lylis, Executive Vice President of the International Conservation Caucus Foundation (ICCF). “When legislation is introduced by a ruling party, it’s seen as a party issue, not for its intrinsic value, and because it’s seen as a party issue, other parties may not get behind it.”

Lylis added that a crucial way forward is to work on a strictly bipartisan basis, and she says that positive steps have been taken in Brazil to address this: “The ICCF in Brazil is helping to make this cross-party engagement a regular process by bringing together parliamentarians from multiple parties who have expressed an interest in becoming more engaged in the environmental issues that are important for the country and for their constituents.”

However, one much-needed asset is currently in short supply: money. Congressman José (Zé) Silva of Brazil observed that when Lula enters Planalto in January, he will be met with the lowest budget since 2014. “The greatest challenge is going to be financial because in the initial diagnosis of the budget for next year, we saw that we’re going to have scarce resources,” he stated.

There are mechanisms that can be activated that will render this penury a little less dire. Silva noted that The Amazon Fund will be remobilized after having been frozen during the Bolsonaro administration. In addition, agencies such as Instituto Brasileiro do Meio Ambiente e dos Recursos Naturais Renováveis (IBAMA) and Instituto Tecnológico de Avaliação e Certificação da Conformidade (ITAC), which take care of technical assistance, “would be effectively restored by the new administration.” The extent of their success, though, will be partly dependent upon resources.

Regional engagement is also essential, especially since the Amazon biome spans nine countries. Duque observed that this is why instruments such as the Leticia Pact, signed by most countries in the region, are vital and should be followed vigorously. “If we continue implementing the Leticia Pact,” he stated, “if we bring more enthusiasm and more policy determination in Brazil, not only at the national but at the local level, for sure we will be able to put that goal [zero deforestation by 2030] and try to reach it.”

Bringing regional efforts into line with national efforts in countries like Brazil is essential. Silva noted that there have been a few positive bills enacted by the lower chamber, and added that despite present challenges, “we have a hopeful future ahead of us.” 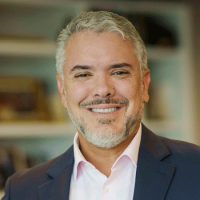 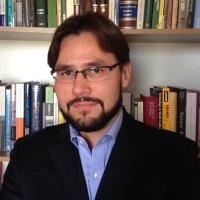 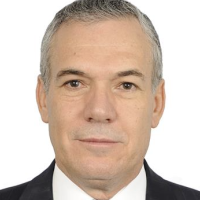 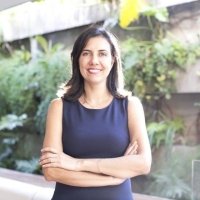 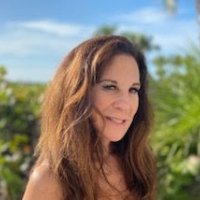 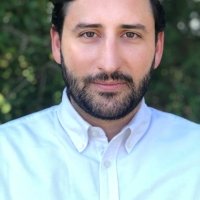