Embassy of Iceland in Washington D.C.

Building from a successful Arctic Council Chairmanship from 2019 to 2021, Iceland has continued to advance environment, research, security, and economic development policies in the Arctic. The Iceland-United States bilateral relationship is strong in the Arctic, but certainly expands beyond that—with cooperation based on common values in the spheres of politics, trade, research, energy, and security.

The Wilson Center’s Polar Institute hosted an armchair discussion with Icelandic Minister of Foreign Affairs Thórdís Kolbrún Reykfjörd Gylfadóttir discussing: Iceland’s position and priorities in the Arctic; the Iceland-United States bilateral relationship, and; current global affairs and how they affect security and cooperation in the North Atlantic.

"Russia’s unprovoked war on Ukraine has changed the security around the waters of the Arctic."

"We wouldn’t have to argue about sanctions anymore if we didn’t have a free market. I would rather worry about the part of the world where food insecurity is going to be a tremendous crisis. There are people that are in much worse conditions than those of Iceland."

"What we have learned is that we don’t want to be so dependent on other nations, whether it's oil, minerals, etc."

"The reality is that everything has changed, and I think the work within the Arctic Council will change given Russia’s attack. 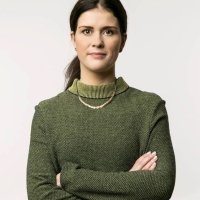