"Assessing Warsaw Pact Military Forces: The Role of CIA Clandestine Reporting" examines the role of intelligence derived from clandestine human and technical sources in the Central Intelligence Agency’s analyses of Warsaw Pact military capabilities for war in Europe from 1955 to 1985.

"CIA Analysis of  Warsaw Pact Military Forces: The Importance of Clandestine Reporting" examines the role of intelligence derived from clandestine human sources in the Central Intelligence Agency’s analyses of Warsaw Pact military capabilities for war in Europe from 1955 to 1985.  The intelligence was provided to US policymakers and military planners and used to assess the political and military balance in Central Europe between the Warsaw Pact and NATO during the Cold War. The speakers, who were analysts of Soviet military affairs during much of the period, were selected by the CIA to mine its archives for relevant material, previously highly classified, and to provide the documents in coherent form for their study and for public release. The release features a large collection of internal Warsaw Pact classified documents obtained clandestinely during the period and translated and disseminated to senior policymakers by CIA.

Joan Bird will provide a brief overview of the released CIA documents, while John Bird will engage in an in-depth review of the substance of CIA analyses of Warsaw Pact Forces.

Mark Kramer, director of the Cold War Studies Program at Harvard University, and Barry Watts, Adjunct Professor, Center for Security Studies, Georgetown University, and a Senior Fellow at the Center for Strategic and Budgetary Assessments, will join the panel as commentators. A. Ross Johnson, Senior Scholar at the Wilson Center, will chair the event.

This meeting is a sequel to an April 5, 2011, Wilson Center event, "Warsaw Pact: Wartime Statutes—Instruments of Soviet Control," which focused on the mechanisms of Soviet control over its Warsaw Pact allies, based on an earlier CIA release of Warsaw Pact documents also obtained clandestinely.

A. Ross Johnson is senior scholar at the Wilson Center and visiting fellow at the Hoover Institution. He was director of Radio Free Europe from 1988 to 1991 and a senior executive of RFE/RL until 2002.  From 1969 to 1988 he was a senior staff member of the RAND Corporation. His publications on the Warsaw Pact include East European Military Establishments:  The Warsaw Pact Northern Tier,  Crane Russak & Co., 1982 (co-authored);  East European Military Reliability; An Émigré-Based Assessment, The RAND Corporation, R-3480, October 1986 (co-authored); and  East European Armed Forces and Soviet  Military Planning; Factors of Change, RAND Corporation,   N-2856-AF, 1989.   He is a graduate of Stanford University, the Fletcher School of Law and Diplomacy, and Columbia University.

Joan Bird,one of the co-authors of this study, had a 29 year career at CIA as a senior analyst of Soviet issues, including Soviet space activities, Soviet policies on potential space weapons, and arms control of space and defense issues. She spent three years as the senior intelligence representative on the Defense and Space negotiating team and a year supporting the US delegation to the UN Conference on Disarmament on arms control for space. In addition she was assigned to the Center for Naval Warfare Studies at the Naval War College developing ways to incorporate intelligence, space, communications and information operations in their studies and war games.Since retirement she has worked for the US Army and Navy in developing the information and space issues as examined in their war games. She is a co-author of several historical studies for the Historical Collections Division of CIA

John Bird, one of the co-authors of this study, had a 32 year career as an analyst of Soviet Military issues at CIA. Among his many assignments within the CIA, he served as Deputy National Intelligence Officer for General Purpose  Forces, Director of the Strategic Warning Staff and later as the National Intelligence Officer for Warning. He was chief of the Intelligence Community's monitoring authority for all US arms control treaties and agreements. He was also assigned to other US Government departments as his expertise was requested. Since retiring from government service he nevertheless continued as an adviser and consultant to the Naval War college, the US Army's Training and Doctrine Command and other US military organizations. His latest efforts have been devoted to the release of significant CIA Cold War documents and the co-authoring of several historical studies for the Historical Collections Division of CIA.

Mark Kramer is director of the Cold War Studies Program at Harvard University and a senior fellow of Harvard's Davis Center for Russian and Eurasian Studies. He is the editor of Journal of Cold war Studies.   He has taught at Harvard, Yale, and Brown Universities and was formerly an Academy Scholar in Harvard's Academy of International and Area Studies and a Rhodes Scholar at Oxford University

Barry Watts is Adjunct Professor, Center for Security Studies, Georgetown University, and a Senior Fellow at the Center for Strategic and Budgetary Assessments where he focuses on net assessment, airpower and the emergence of guided munitions, Air Force transformation, and the military use of space. From May 2001 – June 2002, he was the Director of Program Analysis and Evaluation in the Office of the Secretary of Defense.  Mr. Watts has also held the position of Director of Northrop Grumman Analysis Center at Northrop Grumman.

Adjunct Professor, Center for Security Studies, Georgetown University, and a Senior Fellow at the Center for Strategic and Budgetary Assessments 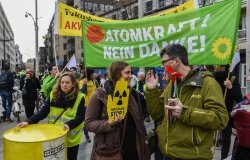 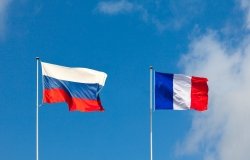 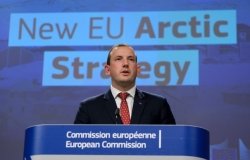 New Security Beat
Polar
More EU in the Arctic and More Arctic in the EU? 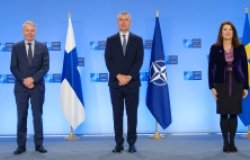 Article
NATO
Sisters But Not Twins: Prospects of Finland and Sweden’s NATO Accession
By Robin Forsberg on February 2, 2022