Amid the growing number of reports warning that climate change threatens security, one potentially dangerous – but counterintuitive – dimension has been largely ignored. Could efforts to reduce our carbon footprint and lower our vulnerability to climate change inadvertently exacerbate existing conflicts?

Amid the growing number of reports warning that climate change could threaten national security, another potentially dangerous – but counterintuitive – dimension has been largely ignored. Could efforts to reduce our carbon footprint and lower our vulnerability to climate change inadvertently exacerbate existing conflicts – or create new ones?

If designed or implemented without consideration for conflict potential, unforeseen negative spillover effects might damage economic development prospects, undermine political stability, or fray the social fabric of communities. How can policymakers anticipate and minimize these potential risks? More ambitiously, can mitigation and adaptation efforts be designed to not only avoid conflict, but also help build peace?

Can subnational and transnational climate change adaptation be harnessed as a tool for peace? In their essay, “The Need for Conflict-Sensitive Adaptation to Climate Change,” Dennis Tänzler, Alexander Carius, and Achim Maas kick off Backdraft by placing different adaptation approaches in the context of current international climate talks. The authors urge policymakers to think beyond national borders in order to more effectively address the transboundary impacts of climate change in conflict settings. A series of policy recommendations provides the aid and development communities with a potential blueprint for conflict-sensitive adaptation measures.

With climate change slated to place further strain on the planet’s already overburdened natural resources, regions rich in natural wealth may find themselves increasingly drawn into conflict as competition for arable land, water, oil, and mineral wealth increases. In “Resource Curses: Redux, Ex-Post, or Ad Infinitum?” Stacy VanDeveer peers over the horizon, speculating about the fate of oil-exporting states as the world economy slowly transitions away from fossil fuels. Highlighting the complications inherent in petroleum states’ eventual transition away from an oil-based economy – a transition that will not be welcomed by OPEC member states – VanDeveer contends it is analytically important to examine how countries with significant depletions of fossil-fuel reserves have handled such transitions in the past. Using the lens of “peak oil,” he points out that a greener world energy supply might destabilize regimes traditionally propped up by oil revenue.

Turning to a vulnerable global resource threatened by both climate change and economic development, Dennis Tänzler examines the fate of woodlands in “Forests and Conflict: The Relevance of REDD+.” Focusing on the United Nations’ Reducing Emissions from Deforestation and Forest Degradation (REDD) program, Tänzler explores not only REDD’s positive economic and environmental benefits for forest-rich countries in the developing world, but also highlights how such initiatives could trigger disputes over land rights, carbon ownership, and equitable distribution of REDD-related financial benefits. He concludes with a series of policy recommendations to improve the effectiveness of such initiatives through heightened incorporation of local conflict dynamics in target countries.

In “Climate Gambit: Engineering Climate Security Risks?” Achim Maas and Irina Comardicea analyze one of the most controversial aspects of climate change mitigation and adaptation – geoengineering. The technological revolution of the last 50 years has turned what was once the realm of science fiction – such as seeding clouds with chemical pellets to induce rain or burying harmful atmospheric gases deep beneath the earth – into real science. This technology is now available to any nation with the financial and physical capability to deploy it. What are the security implications of using these novel, but largely untested, technologies? Could deployment of geoengineering technology in the skies, seas, or soils of one country inadvertently impact weather or soil fertility in a neighboring country? More broadly, how can policymakers ensure that such technology, once deployed, remains under control, and does not trigger unintended impacts? Maas and Comardicea analyze both the drawbacks and positive potential of humans exercising greater control over the natural environment in the coming decades.

Rounding out Backdraft are spotlights on two key emerging issues. Christian Webersik and Mikael Bergius shine a light on how measures to reduce future emissions levels by supporting the development of biofuels could affect international and human security. Christina Daggett explores the potential impacts of wealthy countries’ recent “land grabs” in developing countries on the global agricultural system and the host countries’ food and water security.

Making a transition to a green economy in a warmer world is a necessary transition. Smart long-term thinking on climate adaptation and mitigation, and the conflict and peacebuilding potential of both, will be critical to fortifying human security in the century ahead.

Taking a systematic look at the conflict potential of mitigation and adaptation tools is an analytical and policy challenge that we must face head-on. To avoid or downplay the possibility of conflict generated or exacerbated by such changes threatens the larger project of aggressively addressing climate change.

The contributors to Backdraft help lay the groundwork for this emerging field. The authors examine and weigh the considerations we must bear in mind as we make the necessary transition to a greener economy. The types of tactics deployed and how they are sequenced will determine the consequences of the transition. Where applicable, we must study and incorporate evidence of past climate and conflict trends, and engage in thoughtful deductive arguments about what could happen in the coming decades.

Our future climate security interventions must be guided not only by lessons learned, but also by new models that incorporate more aspects of contemporary human security, including rapid demographic change, depleted fresh water supplies, and more erratic agricultural output, as well as political instability and fragility. In doing so, we can move forward with our eyes open to conflict dynamics around us, implementing more sustainable, more cost-effective, and ultimately more peaceful ways to adapt to and mitigate the climate challenge.

Geoff Dabelko is the director of environmental studies at Ohio University’s Voinovich School of Leadership and Public Affairs and a senior advisor to ECSP. 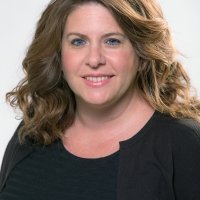