In the 19th century, tens of thousands of Europeans and others relocated to North Africa and the Ottoman Empire. How can the era of French colonialism be assessed in relation to the broader patterns of settlement, labor, colonial rule, and decolonization? What are the connections between that era and today’s movement of labor migrants from south to north across the Mediterranean?

Julia Clancy-Smith will discuss the challenges such questions pose for the historian writing comparative colonial history as well as history from both below and above. The answers may help to explain the beginnings of the Arab Spring. Wilson Center Fellow Julia Clancy-Smith is Professor of History at the University of Arizona, Tucson. She has written Mediterraneans: North Africa and Europe in an Age of Migration, c. 1800–1900 (2011), which won the French Colonial Historical Society Book Award and the Phi Alpha Theta History Honor Society Award, as well as Rebel and Saint: Muslim Notables, Populist Protest, Colonial Encounters (1994). 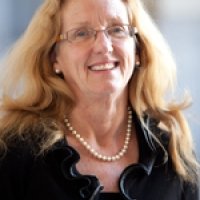 Fellow;
Professor of History at the University of Arizona, Tucson