On his first day, Biden signed an "Executive Order on Promoting COVID-19 Safety in Domestic and International Travel." Join us as we discuss the family component of border restrictions. What safe policy options are on the table?

On February 8, the Canada Institute Director Chris Sands sat down with the Co-Founders Devon Weber and Cary Whaley of Let Us Reunite! to discuss borders and the family component of border restrictions.

Let Us Reunite! is a volunteer-led campaign asking the United States Government for compassionate travel exemptions for cross-border families and they have spent almost a year gathering stories and engaging with different levels of government. What are the stories? Where are the key issue areas? How are governments engaging? What safe policy options are on the table?

"This is the most bipartisan issue I have ever worked on in my career. It doesn’t matter if we’re meeting with Republicans, we’re meeting with Democrats, they understand this issue—they understand the pain that their constituents are going through […] people are so desperate to see their family—by the time October of  last year rolled around, they had been hearing from their constituents on a pretty regular basis hoping to open the border."

"Currently there are absolutely no restrictions to fly from Canada to the United States […] Right now we are focused strictly on the land crossing because there are no exemptions […] If something—God forbid—happened to my family tomorrow my husband would not be allowed to drive down to New York with me. He would have to get on a plane and fly to New York—which obviously there’s more health risks—right—like if you are going to be in your own car and you’re driving from point A to point B, maybe just to stop to get gas, your exposure to COVID is much lower than if you have to take an airplane."

"Canada is sort of sometimes forgotten in the United States […] people know that it exists but it is not a priority when you think of all of the other countries and everything going on in the world right now, the U.S.-Canadian land border—I don’t think it’s on anyone’s top ten list […] There’s not only an economic impact to the border closure, there’s a personal toll on these families that have been apart for a year."

"I was looking every—every week, every month for how is this going to change. I mean, the worst part about the closure is not the protractedness, it’s the indefinite. It’s that it’s indefinite—there’s no timeline. We don’t know.."

"We have learned more about each individual border crossing than we ever knew going in. That you have communities such as Sault Ste. Marie, Michigan and Ontario, that it’s a ten-minute, fifteen-minute drive across the border, and suddenly—because the air border is still open—the only way you’re going to be able to reunite is probably by a ten to twelve-hour travel nightmare."

"There shouldn’t be a one-size-fits-all. Just because there’s not a marriage certificate, doesn’t mean that it’s not a committed partnership and I think the leadership they [Canadian government] showed by creating those exemptions should never be downplayed." 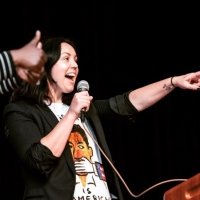 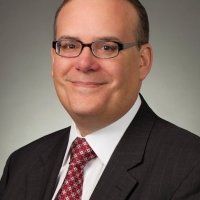 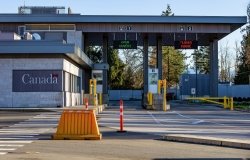