Belarus held its general election on August 9, ostensibly extending Alexander Lukashenko’s 26-year presidency for another five years. However, since the election, mass protests have taken place daily against Lukashenko and what many Belarusians have deemed election fraud. The European Union, Canada, the UK, and the United States have called the elections illegitimate. The EU, Canada, and the UK have taken a further step and imposed sanctions on the country. Meanwhile, Russia has supported the long-time president.

What effect might international sanctions have? How should democratic countries address the charges of election fraud in Belarus? How should they manage relations with Russia in this context? The Wilson Center’s Canada Institute, Global Europe Program, and Kennan Institute held a virtual panel with leading authorities on Friday, October 23, 9:00-10:00am ET to discuss international responses to the crisis in Belarus.

Hon. Kenneth S. Yalowitz
"A significant change happened as a result of the Russian hostilities, initiation of hostilities in Ukraine. To make a long story short, I think Lukashenko was concerned that something similar could happen in Belarus and there was a bit of an easing up: he released political prisoners, there were some sanctions lifted by all the countries concerned that we're talking about today, and there was somewhat of an official dialogue resumed. And a colleague has referred to Lukashenko as taking an Ataturk, you know, kind of situation. In other words, he was portraying himself as the father of his country where as before he had really focused a great deal on a very close and very intense relationship with Russia."

"Lukashenko has been a balancer, you know, all of his time. He makes no secret of his desire for the close ties with Russia, but he also likes to keep the ties, to keep the doors open to the West when the Russians put pressure on him."

Joel Sokolsky
"The more immediate, I think, concern is what happens if this doesn't settle down, if Lukashenko cannot get a hold of unrest in Belarus and, for some reason or another, the Russians would prefer not to intervene and this poses a threat to a new situation for NATO. And this is where the concerns for Canada become a little close than they would otherwise. This is another country that is having internal problems and this is simply because, as you know, since 2014, Canada has been participating in NATO's Operation Reassurance [..] If this does not settle down, this would put Canada, NATO in general, but Canada in particular on the frontline of any difficulties that would arise should Russian forces either overtly or covertly start moving into Belarus [...] Canada and NATO allies might consider some sort of reinforcement as a signal to Russia that NATO is serious about protecting the sovereignty of those countries."

"Having Belarus as an authoritarian state, that's not a problem in the long run, and I agree with the ambassador that there're not much that anyone can do about it. The main concern is if it doesn't settle down, then NATO has to do something and suddenly Canada, who's sort of making up for its laggard in defense spending by deploying troops forward, might be asked to do a little more."

Radosław Sikorski
"I agree with you that we should not play into Lukashenko's hand in portraying this as a Western and Polish plot and I further fear that we don't have much influence. This thing will resolve itself within the external parameters imposed by Vladimir Putin because he will not allow Belarus to slip out of his control because Belarus is seen by the Russians as even more vital territorially, regionally, geostrategically than Ukraine. It's their promontory to the Kaliningrad oblast and they see it as the gateway to the corridor toward Moscow. And as you know, the militaries are integrated so any kind of solution will have to respect, and should actually, respect Russia's red line and the question in my mind is actually whether Putin can envisage a transition through someone else rather than Lukashenko. My hunch is that a more weakened and pliable Lukashenko is actually more to his liking. His second best solution would be to have someone who is inside the Belarusian nomenklatura who would be even more pro-Russian than Lukashenko."

"To the best of my knowledge, Lukashenko keeps his family's money in Dubai and so Magnitsky-type sanctions will not affect him much because unlike some Russian oligarchs, he doesn't keep his assets in Western Europe and he's not planning a holiday in the French Riviera. But that's not to say that other dictators and human rights abusers are not using our financial institutions to abuse their citizens." 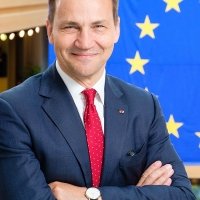 Member, European Parliament; Chair of the Delegation for Relations with the United States

Blog post
Democracy
Reflecting on Nelson Mandela’s Historic Presidential Election, May 10, 1994
By Olufemi Vaughan on May 10, 2021